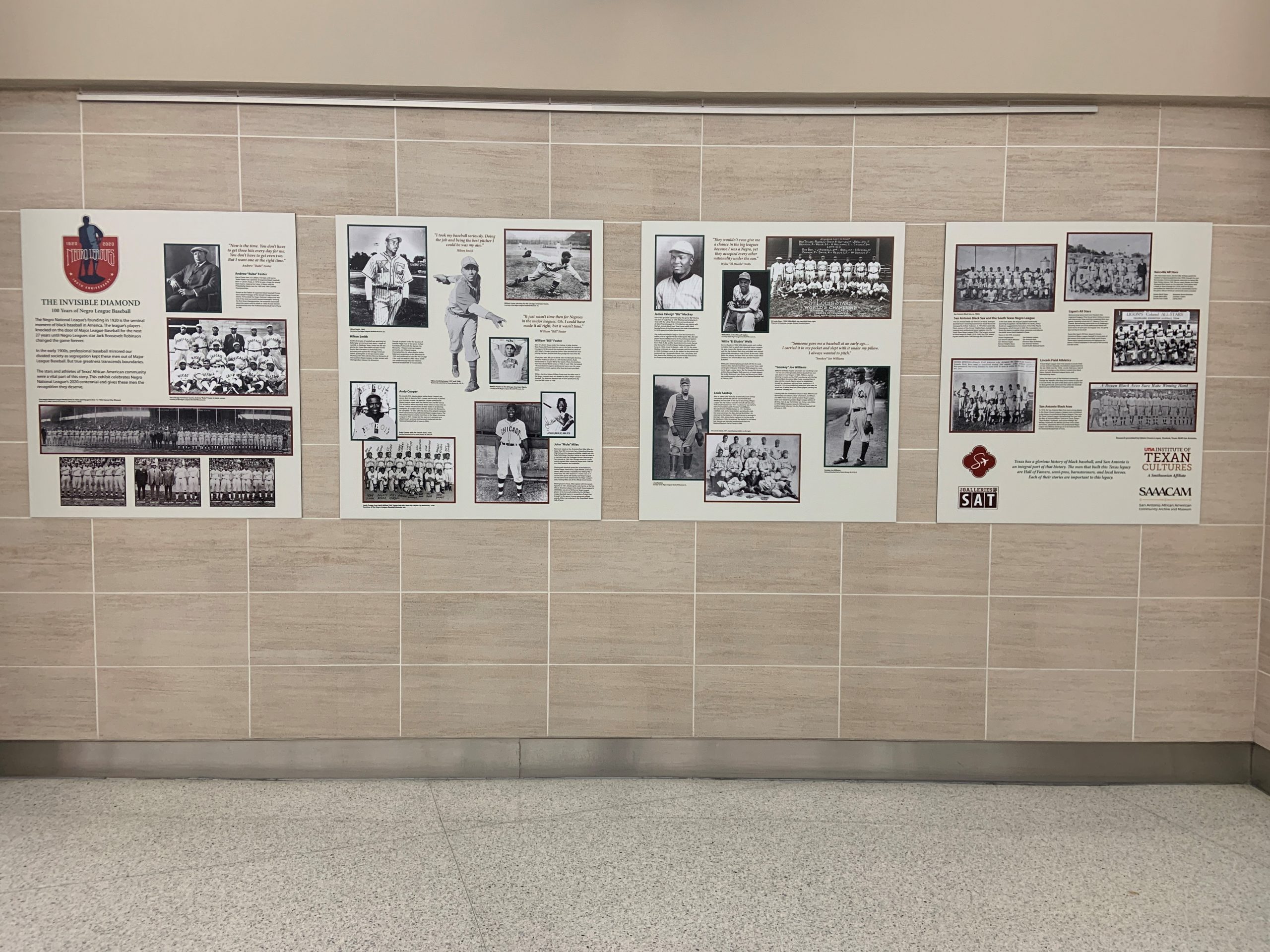 Recent efforts from San Antonio researchers, educators, and community members have created an exhibit showcasing one of the lost gems of American history: Negro League Baseball.

The photo exhibit recognizes the vital role African Americans played in the history of baseball. It is on display at Terminal A’s upper level, open to the public in a pre-security area, and will remain in place through the end of August.

Greg Garrett, a researcher and educator at the UTSA Institute of Texan Cultures who

has studied baseball and the importance of organized sports in state history, identified Texans who helped Negro League baseball.

Prior to Jackie Robinson and Satchel Paige, Texan Negro League players were building the institution into something that couldn’t be ignored, he said.

Born in Calvert, Texas in 1879, Andrew “Rube” Foster was a pioneer of organized black baseball as a player, manager, and owner. He was a ringer for several Black teams, helping the Cuban X Giants and the Philadelphia Giants win the 1903 and 1904 Colored Championships.

The establishment of the National Negro League in 1920 was the culmination of Foster’s dream to represent the significance, pride, talent and people that the African American community added to the American experience. He remained passionate about the game until his death in 1930 and was elected posthumously into the Professional Baseball Hall of Fame in 1981.

“He believed he could create change by displaying excellence on the field,” Garrett said. “It was his form of non-violent protest against a system that diminished baseball as the dream of young Black men in America at the time. This league kept this dream alive and inevitably added to the evolution of American society in the 20th century.”

The airport installation includes eight additional stories of historic Negro League players from Texas. Since the late 1990s, these players have received accolades such as National Baseball Hall of Fame inductions and “Honorary Drafts” from Major League Baseball teams. The exhibit also names various teams, sponsors, fields and towns that were part of the Negro League baseball story.

Invisible Diamonds is installed at the San Antonio International Airport, Terminal A upper level, in a pre-security location, and will remain on display through August. Exhibit collaborators include the Texas Kidney Foundation, San Antonio Missions Baseball Club, the San Antonio African American Community Archive and Museum, and the Negro League Baseball Museum.