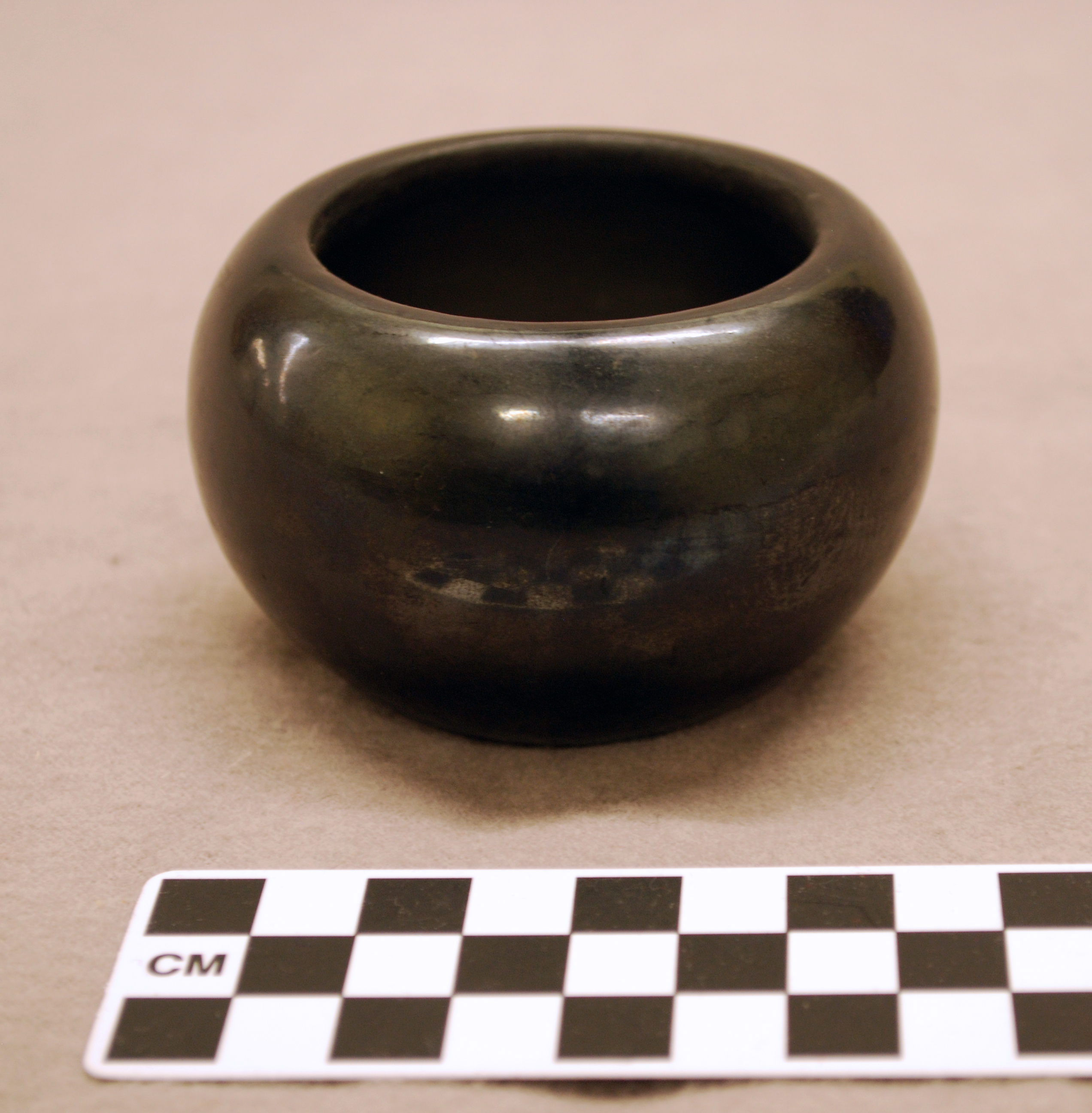 Traditional pueblo pottery is not made using a wheel, but is formed using a coil technique. This style of pottery is made by forming long rope-like pieces of clay. These ropes are then coiled around on top of one another to form the basic shape of the vessel. The artist then uses their hands, or various scraping tools, to join the coils together and smooth the surface of the vessel. After the vessel is shaped it can be decorated in a number of different styles, depending on the artist’s preferences or tribal background. Some of the more popular pueblo pottery decorations include painted slip designs, carved designs, and burnishing. After decorating, the pottery vessels were traditionally fired in an outdoor bonfire-style kiln. [Kathryn S. McCloud]