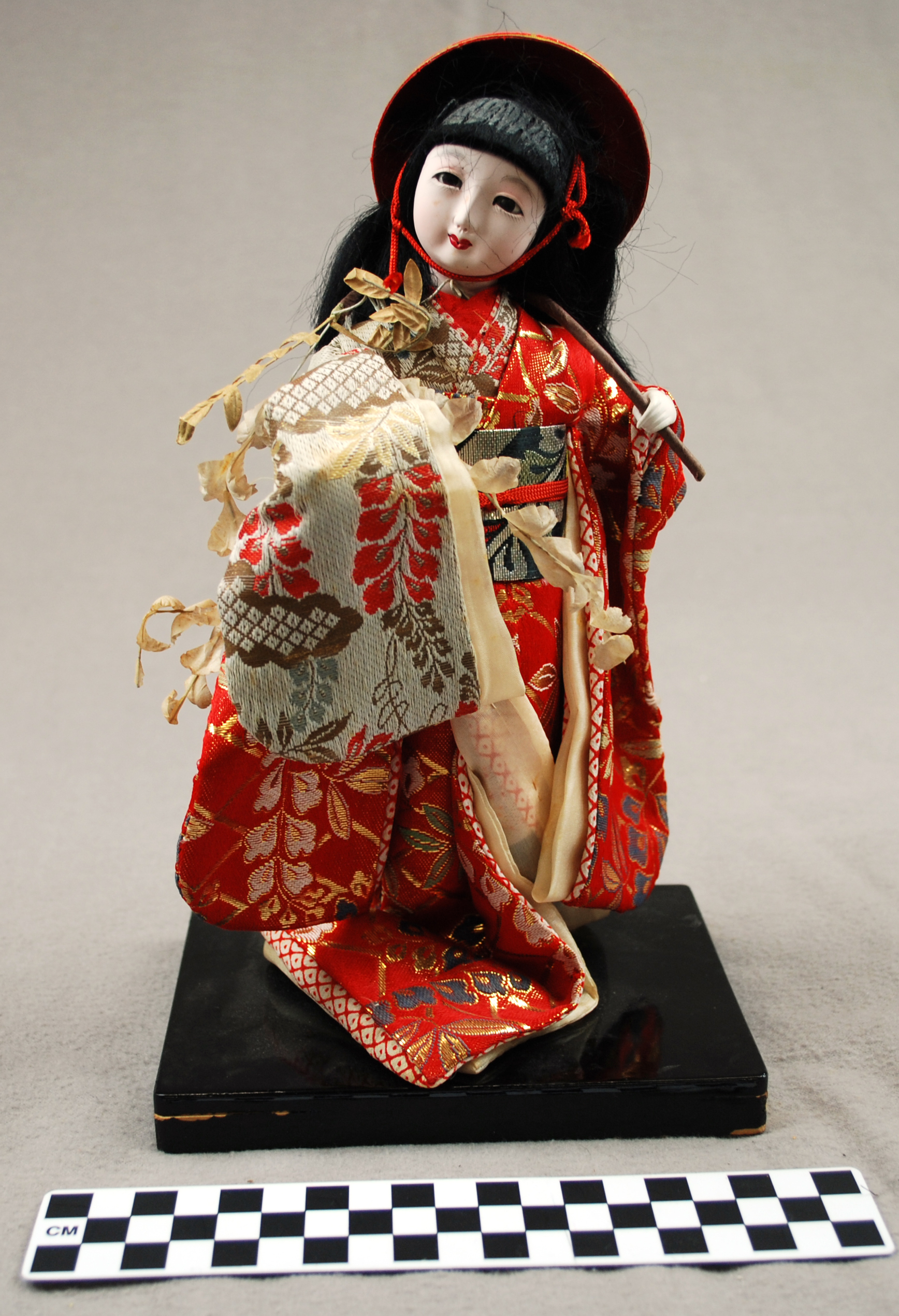 In Japan the word for doll is ningyō (人形), which translates to ‘human shaped’. Japanese dolls have been, and still are, immensely popular in the western world and while Western society sees dolls as children’s playthings the Japanese doll holds a much more complex standing in Japanese society.

To understand the significance of ningyō it is important to know the history. Ningyō were made before the Heian era (794 – 1185) and originally started out as talismans given to children when they were born. The ningyō  were shaped to look like the child it was being given to, in order to confuse any evil spirits. It was believed that these spirits would attack the ningyō instead of the child. Once the child became of age these ningyō dolls were usually destroyed.  There were a number of different talismans and ritual uses for ningyō including one used for paper dolls, called nademono. These simple dolls were rubbed all over the body with the intent to draw out any sickness or misfortune before being destroyed or thrown into a running river. This particular ritual continued on into the Edo period and became closely linked to the Hina-matsuri festival, or Girl’s Day Doll Festival. During this festival, dolls styled after the imperial court are displayed on a tiered platform where they are ceremonially served cake and teas. These doll are used as a way to magically keep away illness and bad luck from children, typically girls.

There are many different types of ningyō from Japan, the one from our collection is an oyama doll. Oyama refers to the male actors who dress in women’s clothes in the Kabuki Theater. Many oyama ningyō are made to represent actors, or actresses, from the Kabuki Theater. Kabuki, which means “to slant” or “to sway,” got its start in the 17th century (1601-1700) by the miko, a Shinto priestess, Izumono Okuni. She started an all-female dance group and her troupe were the first entertainers to cater to the taste of Japan’s common people. However, in 1652 the Japanese Tokugawa shogunat banned women and children from performing. This lead to older men taking over the female roles in Kabuki plays. The trend for an all-male cast has stayed mostly true even in modern day performances. By the 18th century Kabuki had grown into a more sophisticated and established art form. This was, in large part, due to the ability of commoners in Japan being able to improve their social stations. Kabuki remained the people’s theater and provided plays that reflected historical events and as a commentary on contemporary society.

This particular oyama ningyō, from our collection, is a character from the classical Kabuki theater play, Fuji Musume, or the Wisteria Maiden. The play begins with a young man walking down a street and admiring some paintings. He stops and stares at the painting of the Wisteria Maiden; who is depicted in a painting holding a wisteria branch. The maiden in the picture becomes smitten with the man and steps out of the painting in an effort to capture his attention. She performs several dances in order to get the man to notice her but unfortunately, her attempts are ignored by the man. Her love goes unrequited, and she sorrowfully steps back into the two-dimensional world of her painting still holding her weeping wisteria. The oyama ningyō, in our collection, wearing the costume of the Wisteria Maiden during the last act of the play.

Though ningyō today are often seen as playthings, they are still often considered ceremonial devices and are highly prized gifts. This can be seen today during political gift giving between Japan and other countries; where Japan often gives ningyō as gifts to heads of state. Japanese dolls are still closely intertwined with ceremonial rituals associated with fertility, death, health and purification. [Carlise Ferguson, edited by Joscelynn Garcia]