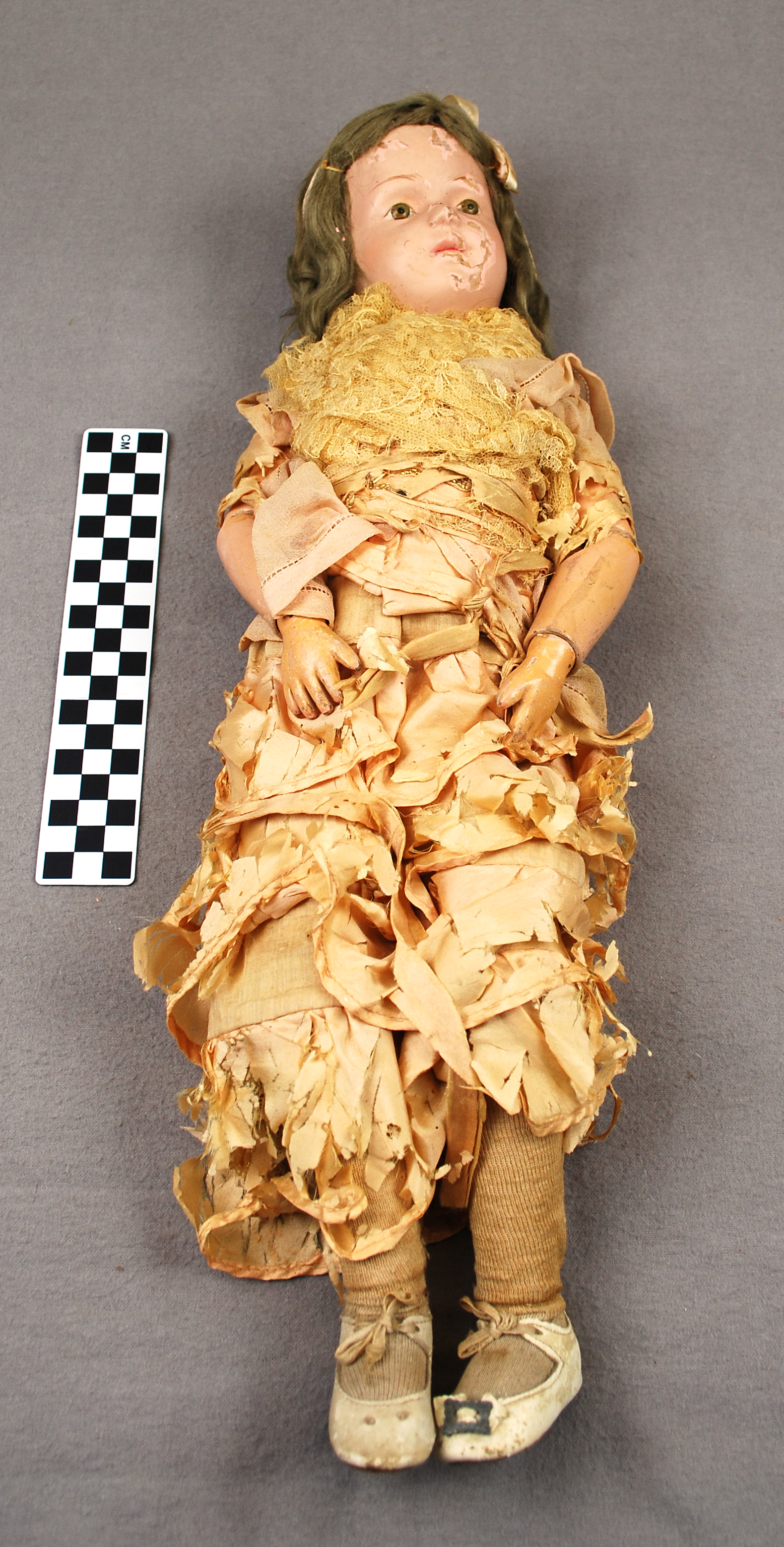 This object is Schoenhut Wood doll made by German immigrant Albert Frederick Schoenhut sometime between 1911 and 1928. Albert Schoenhut started making toys with his father and grandfather in Göppingen, Württemberg, Germany. In 1866 Schoenhut immigrated to the U.S. to work for John Wanamaker’s Philadelphia department store. While at the department store Schoenhut repaired the glass sounding bars in the toy pianos that were imported from Germany. Schoenhut left the department store in 1872 to build his own company, The Schoenhut Piano Company, which is still making toy pianos today. Schoenhut made the sounding bars in his toy pianos out of metal to make the pianos more durable, instead of the usual fragile glass sounding bars that the toys have been made of previously. This sparked Schoenhut’s idea to make other popular toys out of more durable materials. One of these toys was the doll.

Albert Schoenhut died the year after he got the patent for the “All Wood Perfection Art Doll.” His six sons (Albert, Gustav, Theodore, William, Harry, and Otto Schoenhut) took over the company after his death and the company did well for a number of years. However, like many other companies, it was hard for the company to flourish during the Great Depression. After the Depression, Albert Schoenhut’s youngest son Otto and grandson George tried to rebuild the company to its glory days by opening the O. Schoenhut Company and manufacturing the Pinn Family Dolls. But this did not last long and the company eventually was sold to Frank Trinca. The company was kept in the Trinca family with Len and Renee Trinca and the company name was changed back to Schoenhut Piano Company and returned to selling just toy pianos and other instruments. [Illa Bennett, edited by Kathryn S. McCloud]