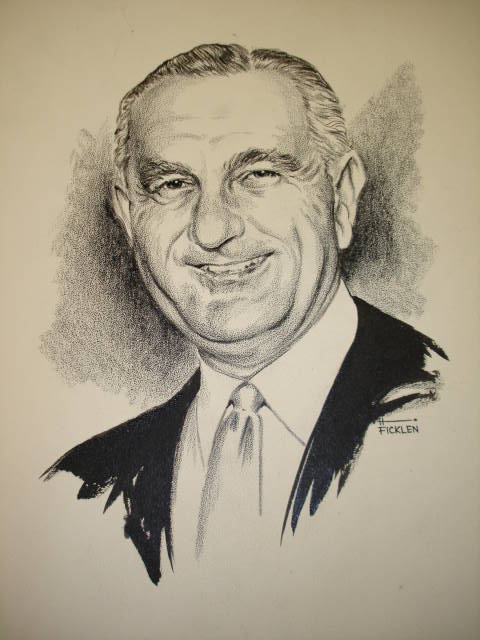 The LBJ House. Photo via johnsoncitytx.org.

Lyndon Baines Johnson was born on August 27, 1908 in Stonewall, Texas, which is just outside Johnson City, Texas. Johnson started his political career in 1937 when he was elected to the House of Representatives. During World War II, Johnson served in the United States Navy as a Lieutenant Commander. In 1948 Johnson was elected to the Senate and became the youngest Minority Leader in the history of the Senate and the following year he became the Majority Leader. In 1960 Johnson became the Vice Presidential running mate for John F. Kennedy.  With JFK’s victory, Johnson served as Vice President until November 22, 1963 when Kennedy was assassinated and Johnson became the 36th President of the United States. Johnson won the 1964 Presidential election by a landslide, but in 1968 Johnson declined to run for office and left the Presidency in 1969. Johnson died outside Johnson City on January 22, 1973.

Johnson City, Texas is a small city in the Texas Hill Country about an hour west of Austin. Johnson City was named after James Polk Johnson who offered a 320-acre plot of land on the Pedernales River as the site for the new town in 1879. It was during the 1930’s that rural parts of Central Texas, including Johnson City, received modern utilities. Lyndon B Johnson, who had grown up in the rural community and was a relative of the founder of the city, sponsored the legislation for electricity to be made available in this area. While Johnson was President, Johnson City and the surrounding rural hill country was also able to upgrade their telephone service. When Johnson left office he made a gift of his personal property to the United States, which became the Lyndon Baines Johnson National Historical Park. [Jennifer McPhail]

Lyndon B Johnson – The Great Society