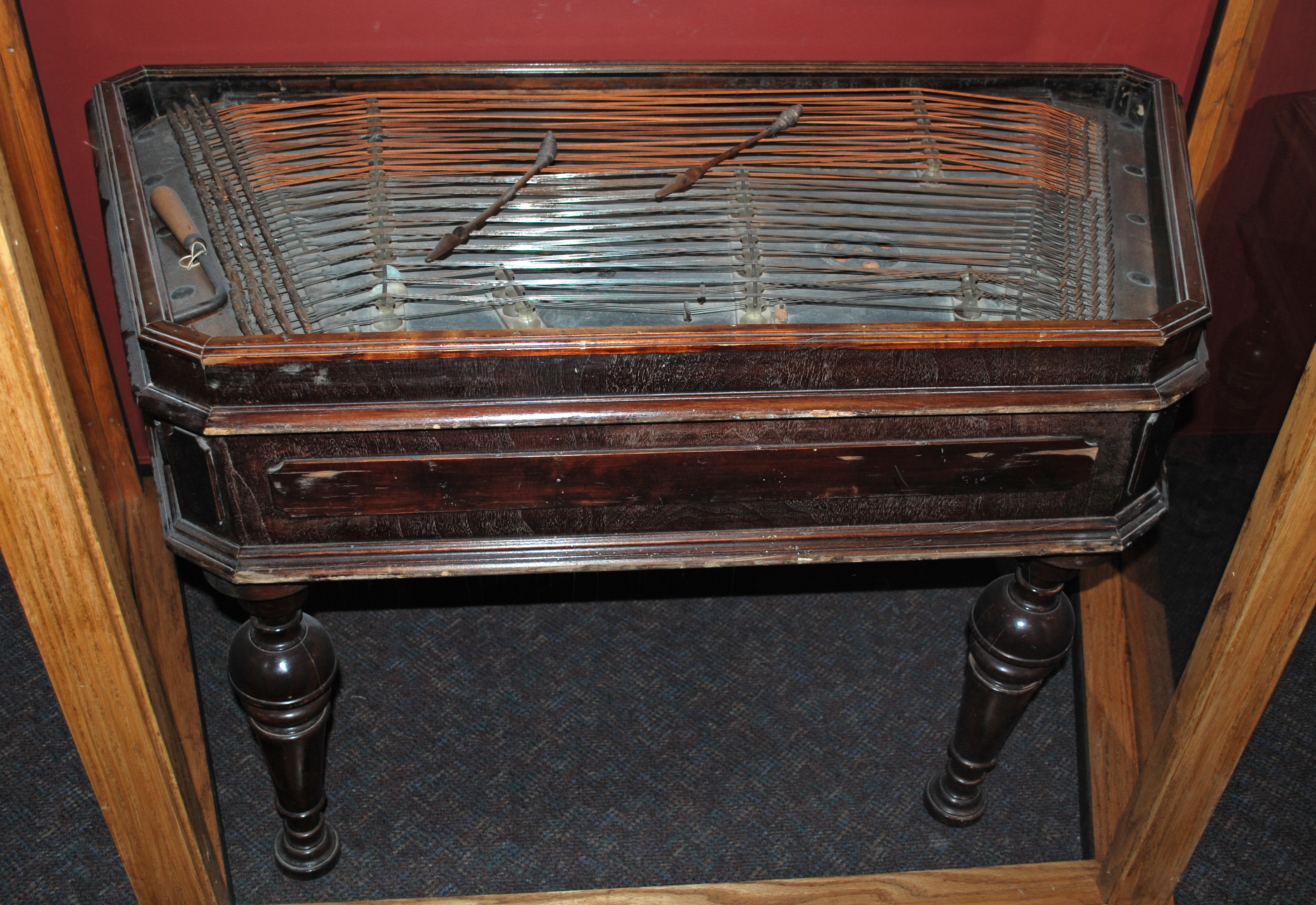 Music has always been important and a great influence to all of the cultures around the world. Many of these cultures have influenced the people and culture of Texas, including those who immigrated from Hungary. Music and the arts are a large part of the culture in Hungary. They have musical entertainment all year round including symphonies, ballets, chamber orchestras, operas, etc.

One of the musical instruments we have in the Institute of Texan Cultures collection is a cimbalom. This is a Hungarian Dulcimer which is a flat table-shaped instrument that sits horizontally, similar to as a piano would. There is a Cimbalom Association that seeks to popularize the cimbalom and similar instruments all around the world. It is played by using two mallets to strike the strings which are stretched out over the top of the instrument. The mallets can be made of metal, leather, or other materials depending on the desired sound. It is the national musical instrument of Hungary and has a long history there since around the 6th Century.

It is believed that the Roma were the first to widely use the cimbalom. The Roma/Romani have a long history in Hungary and one of the ways that they gained position and standing in their communities was through their music. The Hungarian Romani are the largest minority in Hungary. They arrived in Hungary after fleeing the Turks and Balkans in the 14th and 15th Centuries.

The Roma began immigrating to the United States in the 1800’s, some as forced deportees from Europe, while others immigrated voluntarily along with the larger wave of immigrants from southern and eastern Europe. There are groups of Roma in Texas and they host several festivals throughout the year. [Abby Goode, edited by Jennifer McPhail]

Here are a couple of videos of a cimbalom being played:

Lukacs, John. 1988. Budapest 1900: a historical portrait of a city and its culture. New York: Weindenfeld & Nicolson.