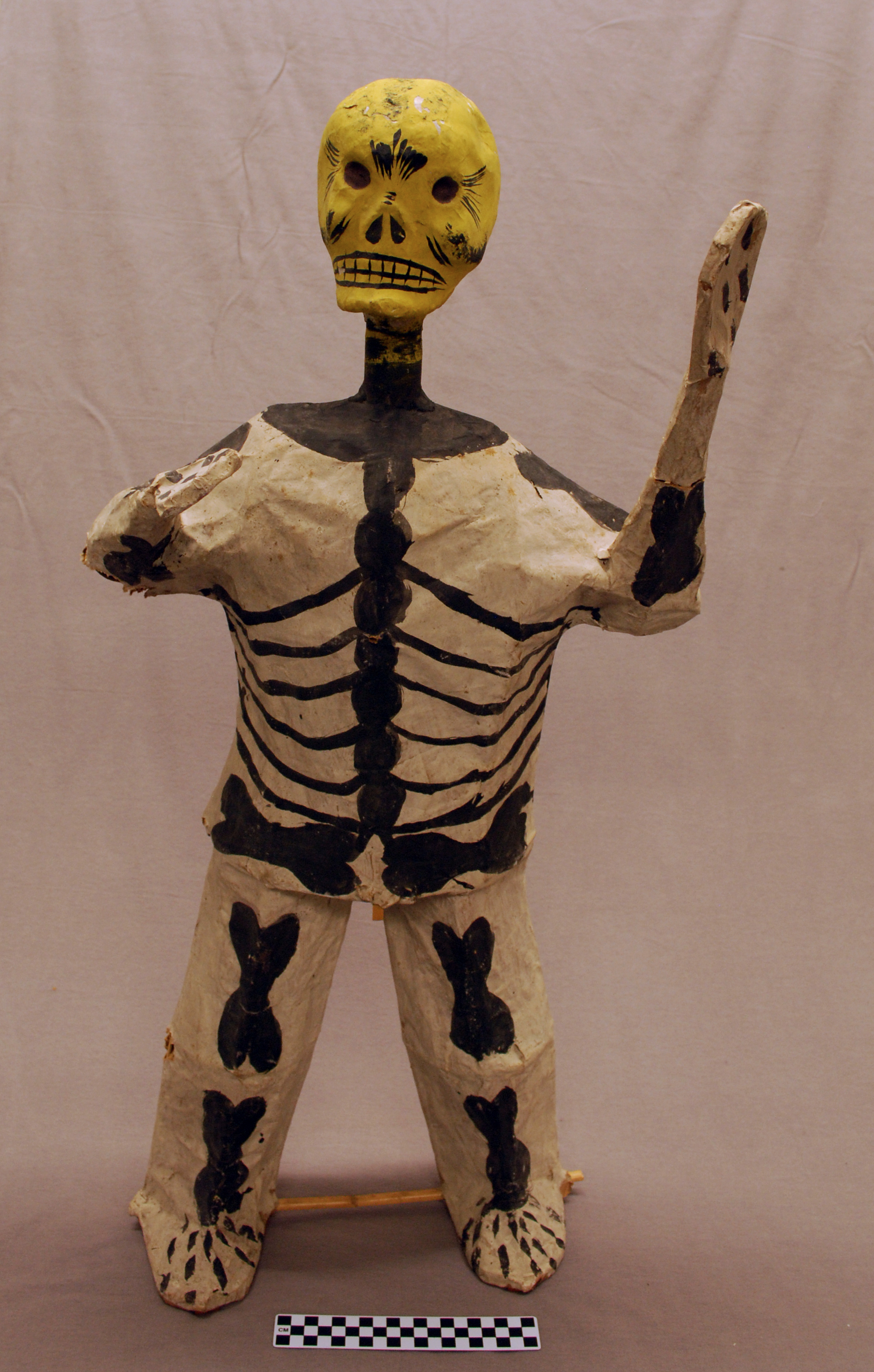 On Sabado de Gloria (Holy Saturday), following Good Friday, it is a Mexican tradition to explode paper mache figures with fireworks in large city centers. The paper mache figures, also called effigies, are intended to symbolically represent Judas Iscariot. According to the New Testament, Judas Iscariot was one of the twelve apostles of Jesus. He is infamous for his betrayal of Jesus to the Sanhedrin priests in exchange for silver coins. This type of celebration is called a scapegoating ritual by anthropologists.

Judas effigies came about in Latin America following Spanish colonization of the new world. The figures were originally made with hay and rags that were burned, but as paper became more available, and fireworks were introduced to the region from the Philippines, the figures grew more elaborate. The Judas figure is not required to look like Judas Iscariot but must be representative of an evil force, such as a devil, public official, harlot or skeleton. This particular Judas figure in the collections of the Institute of Texan Cultures is a paper mache skeleton with black bones and a yellow head. This skeleton is slightly less than three feet tall, making it a relatively small version of these typically life-sized effigies. Some Judas figures are larger than life-sized, exceeding eight feet in height. The interior of the Judas figure may be stuffed with bread, candy, clothing or even cigarettes for the crowd.

Following the Mexican War of Independence, the celebration became a secular festivity. Large corporations began to utilize the celebration as a method for advertising their products. In the 20th century, censorship has played a large role in the dwindling of this celebration in rural communities, but the tradition remains strong in city centers. Although the largest Sabado de Gloria celebration is held in Mexico City, celebrations with explosive Judas figures are still practiced throughout Latin American and are celebrated in many Texan border towns. [Lauren Thompson, edited by Kathryn S. McCloud]

The following video show a giant Judas effigy being burned in Mexico City.

Beezley, William H. Judas at the Jockey Club and Other Episodes of Porfirian Mexico. Lincoln: University of Nebraska, 1987.