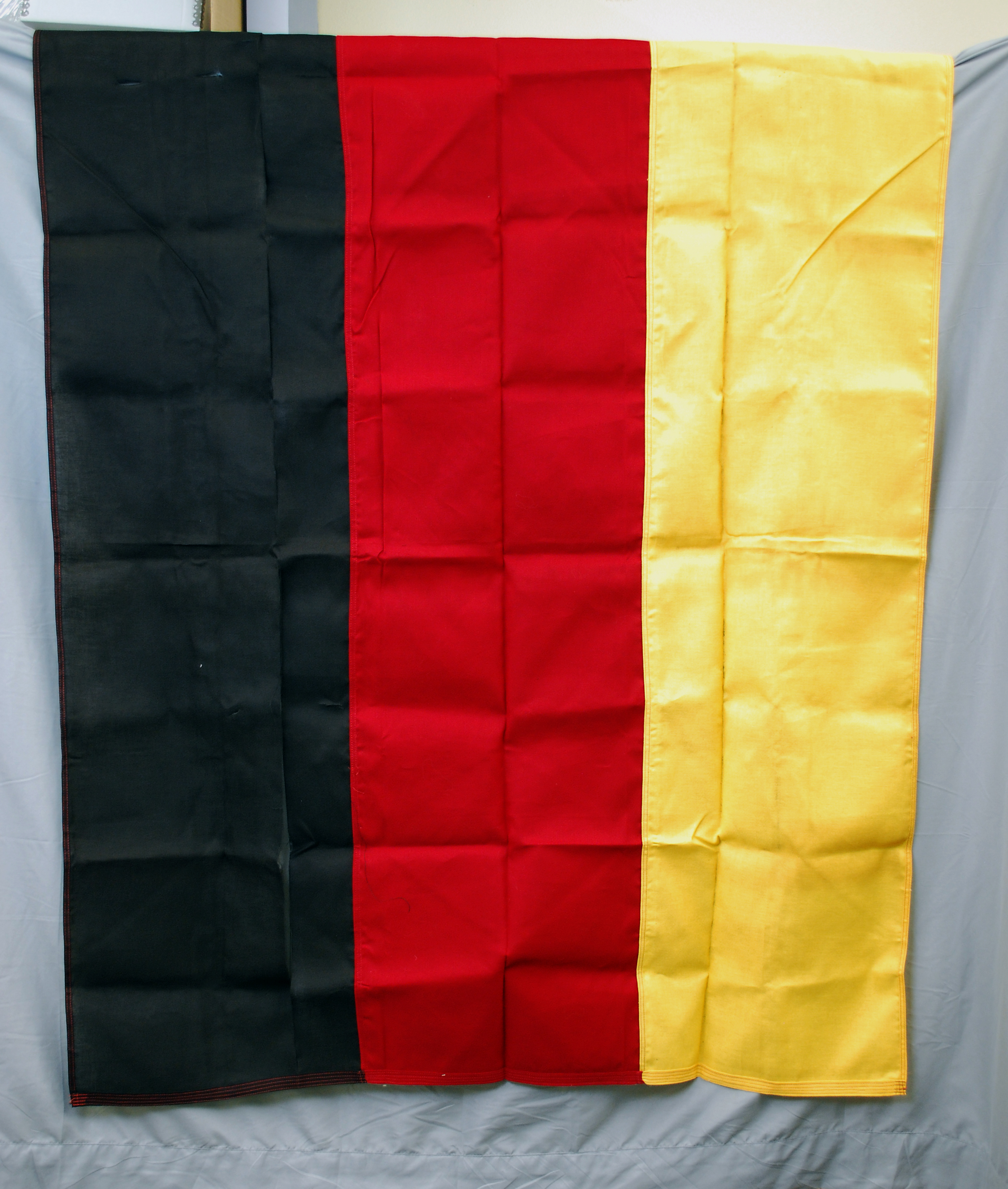 This object is a replica of the National Flag of the Federal Republic Germany that was given to the Institute of Texan Cultures by the German Consulate in 1988. While the flag appears to be of a simple design, the history behind the design and colors used have a long history behind them!

Procession of the Hambach Festival. – partially colored pen and ink drawing from 1832. The flags depict the then chosen German national colors Gold-Red-Black-, the reverse of the modern German flag.

War flag of the German Confederation (1848–1852). Image via Wikimedia Commons

The flag of Western Germany (that was adopted in 1949) is the same flag that flies today over Germany today, now a symbol of German strength, history and reunification. [Caira Spenrath, edited by Jennifer McPhail]