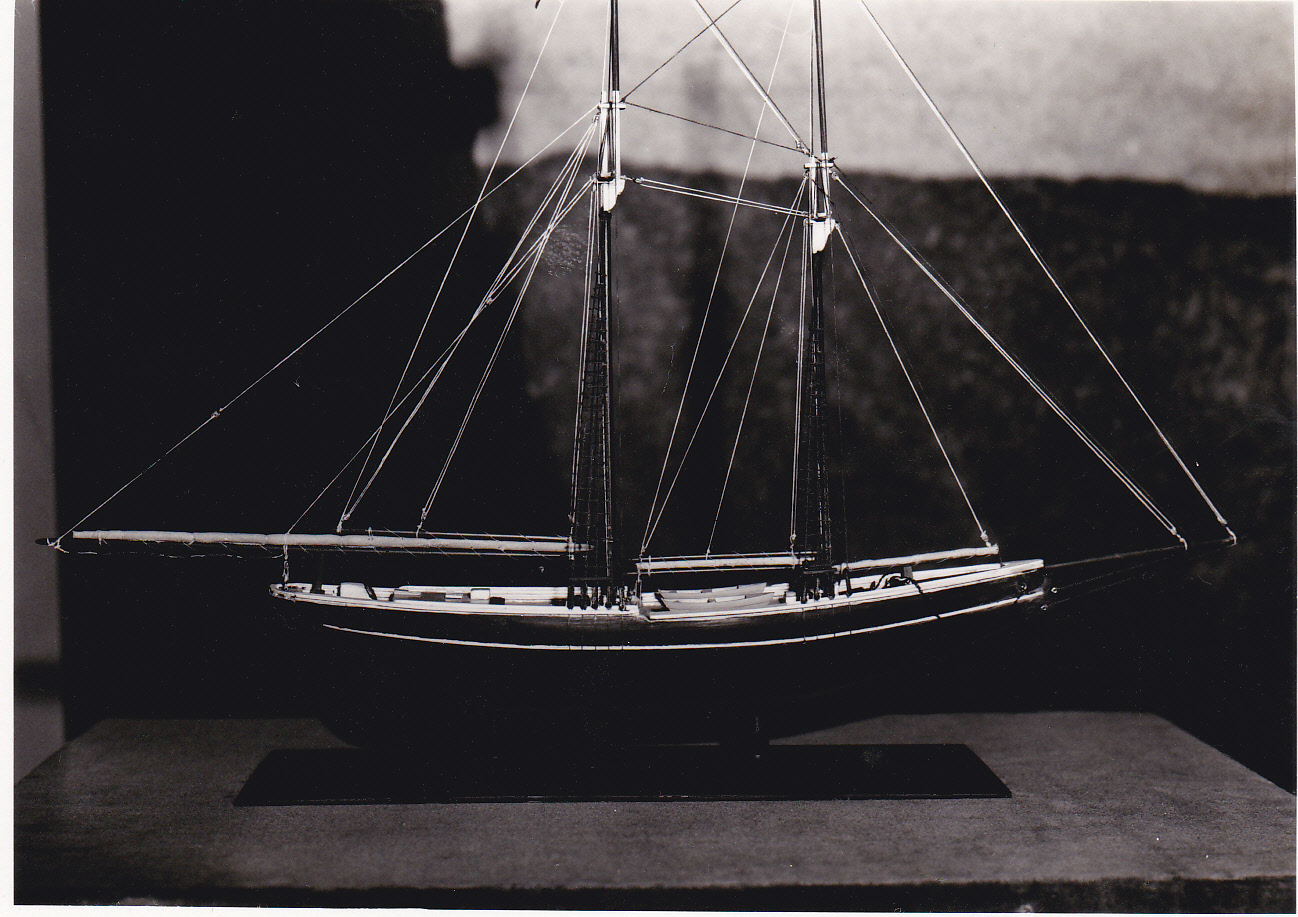 This model is a representation of the Norwegian immigrant boat ‘Restauration,’ other names for the boat include ‘Restoration’, ‘Restaurasjonen’ and ‘Restorasjon.’ This model was built by W. Phil Hewitt. Hewitt created this model partially based off of his knowledge of similar boats and partially from his imagination since there are no existing photos of the Restauration. Restauration was a sloop style of boat that was built in 1801 in Hardanger, Norway. A sloop style boat is one that has one mast and two sails. In 1825, Restauration brought fifty-two immigrants to the United States on what is believed to be the first organized emigration from Norway. This group of immigrants was led by Cleng Peerson and settled in New York on October 9, 1825. This date was selected to be Leif Erikson Day, commemorating the Norse explorer who brought the first Europeans known to have set foot in North America.

In the years following the Restauration’s arrival in the United States, many other emigrations from Norway occurred, and Norwegian Americans traveled across the United States, settling in a variety of places. The majority of Norwegian Americans that came to Texas were farmers from rural regions of Norway. In Norway, these farmers were part of the lower class and suffered from extreme poverty due to an oversupply of laborer. Texas lands with rich soil for farming were available at very low prices in the mid-19th century, providing these immigrants with the means for economic and social betterment. Texas also provided Norwegian Americans with the greater degree of religious freedom that they desired. Norwegian Texans wrote letters to family members who had remained in Norway, telling them about how the land reminded them of their homeland and urging them to move to Texas for a better life.

Although the earliest Norwegian American settlements in Texas were south of Dallas, today the largest concentration of Norwegian Americans is in Bosque County, west of Waco. The architecture of Bosque County shows considerable Norwegian influence. Most old-world customs were maintained by Norwegian Americans until the early 20th century. The Norwegian Society of Texas was founded in 1975 with its primary goal to preserve Norse heritage. Clifton, Texas holds an annual celebration in December called the ‘Norwegian Country Christmas.’ During this event Norwegian culture is celebrated through traditional food, drink, costume, craft and dance . Our Savior’s Lutheran Church in Clifton also holds an annual ‘Norse Smorgasbord’ feast. The food for this event is based on Norwegian recipes that have been passed down for generations. Texas is now home to more than 100, 000 Norwegian Americans. [Lauren Thompson, edited by Kathryn S. McCloud]