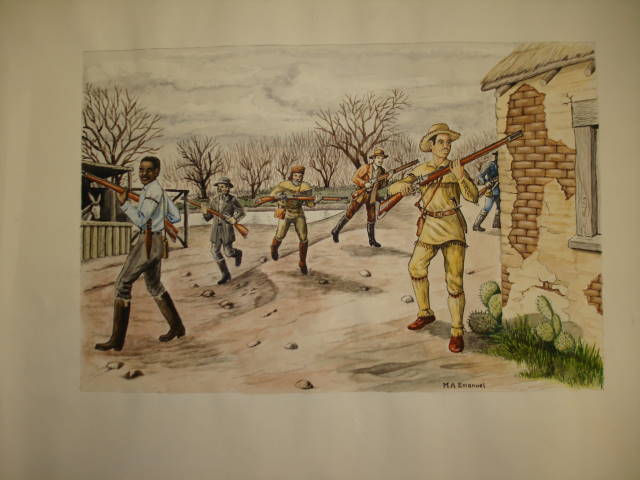 Arnold was acknowledged for his important service during the siege of Bexar in the official report written by Francis W. Johnson. Arnold continued to serve the Texas Revolution after the siege of Bexar ended and Texas gained control of the San Antonio area. He received land in Bandera, TX as compensation for his service during the Revolution and operated a gristmill in San Antonio after the revolution ended. He passed away during a cholera epidemic in San Antonio in 1849. [Catherine Sword, edited by Kathryn S. McCloud]

The following video gives and in depth discussion of historic cholera epidemics.

“The Siege of Bear” Texas State Library and Archives Commission