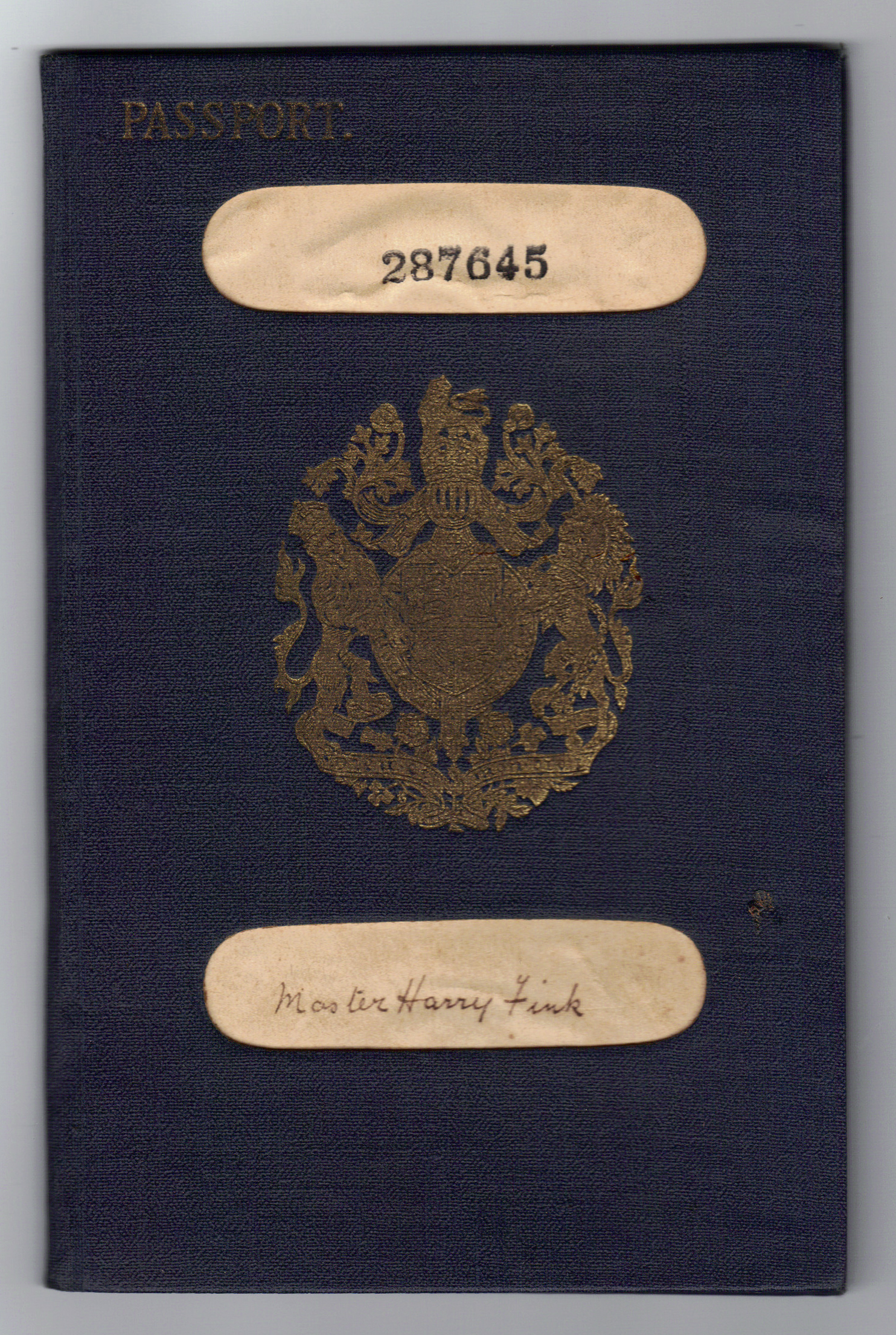 With the United States often being called the ‘Melting Pot’ of the world, Texas could certainly be called the ‘Melting Pot’ of the United States! For years people from all over the world have immigrated to Texas in search of a better life, granting Texas a regional and state-wide diversity one would be hard to find anywhere else.

Once people made the choice to get to the United States, how would they do so? Traveling from one country to another wasn’t always as easy as it is today, but international traveler’s need for a passport has effectively remained the same for over one hundred years. This passport in the Institute of Texan Culture’s collection is a British passport that once belonged to a young 15-year old boy from Manchester, England named Harry Finkel.

What is a passport?

By definition, a passport is a government document that identifies the citizenship of the holder and allows the holder to travel to foreign countries with the continued protection of the country that issued it. For instance, if you hold a passport from the United States of America, you are globally recognized as a U.S. citizen and allowed to travel to any country that allows U.S. citizens to visit. If you were to get into trouble, you could call a U.S. Embassy that would work on your behalf to assist you as an American citizen. This artifact was issued by Great Britain in 1920 to Harry Finkel, and because of that Harry was allowed to travel to the United States as a recognized citizen of Great Britain.

Depending on the country, passports vary in color and design. Sometimes, the design and color of a passport can change as years go by! For example, this English passport from 1920 has a dark blue cover with the British Coat of Arms in gold front and center. Today in 2015, passports from the United Kingdom (which contains England, Wales, Scotland and Northern Ireland) have a red color with a much different seal than the one from 1920.

Passports are important because they serve as an important source of international identification. As a sign of this importance a passport a person’s full name, address, birth date, age and picture are shown so that countries know who is traveling in or out of said countries. Some countries even give a short description of the passport holder. Passports also have many pages that allow for other countries to stamp, which often shows when a person entered or left the country.

Does a passport mean you can go live in a country that you’re visiting?

Unfortunately in the United States and other parts of the world, in order to travel to a country with the intent to live there a person would need more than just their passport.

When a passport is stamped, the country that stamped the passport is allowing a person to visit—not to stay permanently. When Harry Finkel and his family moved to Texas in 1923, they needed separate documents issued by the United States that allowed them to stay long enough to pursue American citizenship. Usually this is granted through a visa or a permanent resident card (also now known as a Green Card in the US because today, it’s green!)

Did Harry Finkel and his family immigrate to Texas permanently?

They sure did! Even though Harry Finkel was born in England, his mother and father were Lithuanian and Russian Jewish immigrants who had moved to England in search of a better life. In 1923, Harry Finkel and his family decided to move to the town of Luling, Texas (not far from San Antonio!) and opened up a dry goods store. Although the store closed in the 1960’s, Harry Finkel’s family greatly contributed to the prosperity and culture of a small Texas town.

If you’d like to learn more about the Finkel family in Luling, Texas, the Institute of Southern Jewish Life talks about them and their community here.

How can I get a passport?

If you’re interested in getting a passport, the U.S. Department of State has information on how you can apply here.[Caira Spenrath, edited by Kathryn S. (Barr) McCloud]