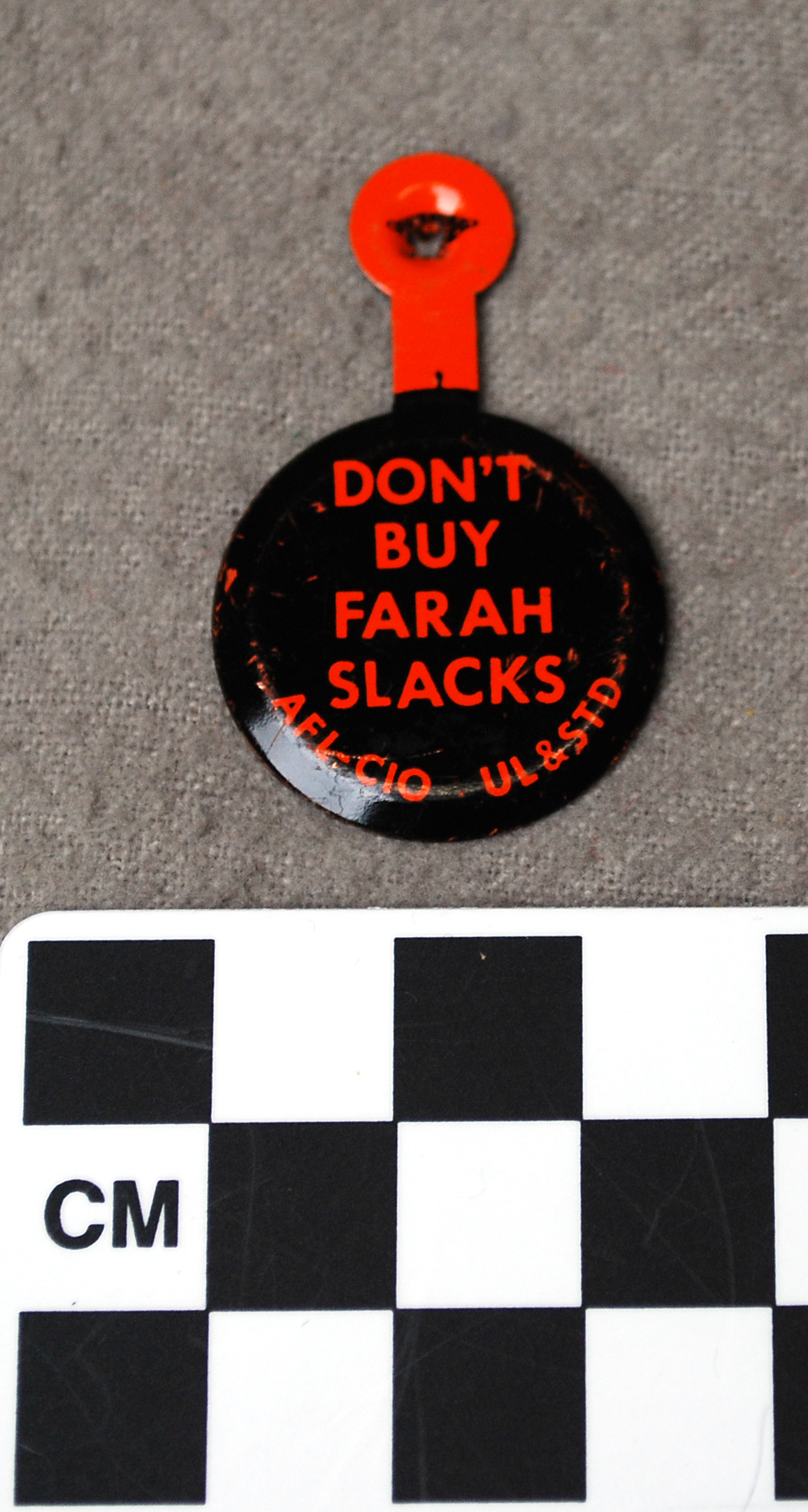 When thinking about fashion, certain cities come to mind; like Paris, Milan, & New York. One place you may not think about today, El Paso, was once a major manufacturing center for the clothing in the United States. In the late 1800s large numbers of American settlers headed west for land and fortune. The California Gold Rush of 1849 lured people west with promises of vast riches for the taking, and then the Homestead Act of 1862 promised free land west of the Mississippi River. With incentives like these it’s no wonder people were so eager to move west! While the early wagon trails and First Transcontinental Railroad would pass north of Texas, by the 1880s railroads were established across the state creating new shipping and manufacturing hubs to supply the westward expansion. El Paso was one of the cities that benefited from this trend, becoming a center for textile manufacturing, refineries, and food processing.

Founded in 1920 by Mansour Farah, a Lebanese immigrant, the Farah Manufacturing Company started out making blue chambray work shirts out of a small shop, with only 10 seamstresses. The business expanded and additional products were offered, eventually becoming the second largest El Paso employer in 1971. Farah was best known for its menswear, and made a name for itself by mass producing the widely popular polyester leisure suits of the 1970s. However, in order to maintain this growth and stay competitive in the clothing market, Farah began pressuring its employees to meet ever higher production quotas without increasing wages and benefits. Additionally, workers felt that its hiring and promotion policies were unfair. These conditions prompted many Farah employees to seek out the protection of labor unions, to help them negotiate with the company for better conditions. William Farah, the CEO at the time, was strongly against unionization, and said he would never allow a union at Farah. In 1972 when workers were fired for joining the unions, the employees walked out on strike. Within a month the AFL-CIO was endorsing a national boycott of all Farah products, rapidly cutting into the company’s profits. This pin, in the collection of the Institute of Texan Cultures was made to show support of the strike and boycott. The strike also divided the community, as it soon became a contest between the mostly white Protestant business owners and the Mexican Catholic laborers of the area, leading to increased labor activism among Mexican Americans in South Texas. The strike gained national attention, with politicians like George McGovern and Edward M. Kennedy weighing in on the side of the workers and unions. In January of 1974 the National Labor Relations Board ordered Farah to offer its striking workers an opportunity to return to work and allow them to join unions. While Farah was able to remain in business, it was never able to regain its popularity. After the strike, many of the garment manufacturing companies in El Paso began to seek cheaper labor outside of the United States. Those companies that remained in El Paso became notorious for low wages and poor working conditions, leading to the founding of La Mujer Obrera, a group created to address both the loss of jobs and the abuse of the remaining workers in El Paso’s garment industry. La Mujer Obrera is still an active organization in El Paso, with a restaurant, co-op apartments, day care center, and museum.

To view a 1973 video about the strike, click here. [Kathryn S. McCloud]

Dray, Philip. There Is Power in a Union: The Epic Story of Labor in America. 2011.