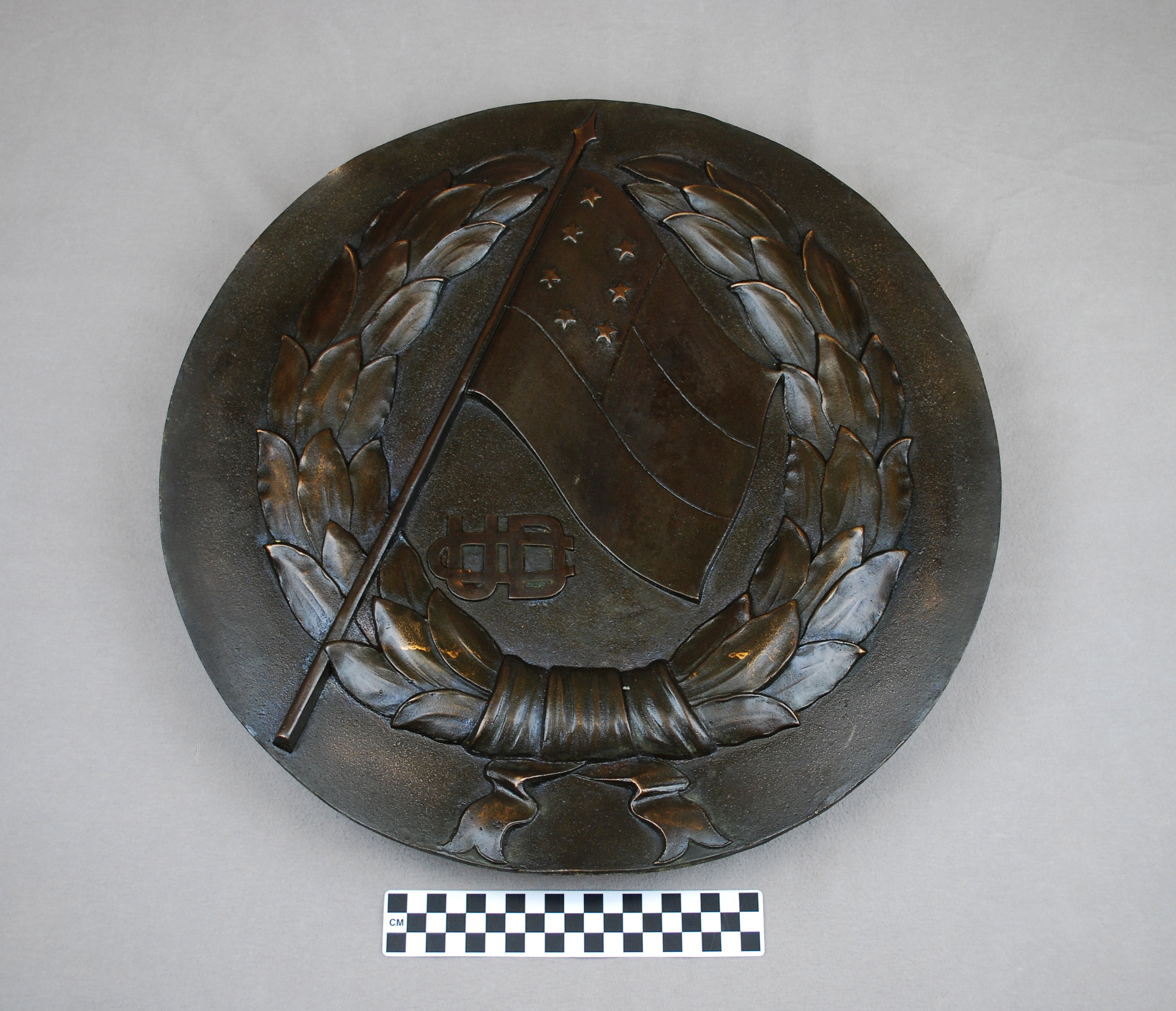 These objects are two plaques that were located at the Bexar county courthouse in downtown San Antonio. The plaques were installed in 1936 and commissioned by The American Legion and the Texas division of the United Daughters of the Confederacy. The plaques were erected in honor of the Jefferson Davis Memorial Highway and were dedicated to the soldiers of the Confederacy. The Jefferson Davis Memorial Highway was part of large project pioneered by the National Highway Association.  Starting in 1916 and finished in 1920, the goal was to have a highway that would link Miami to Los Angeles.

However, these plaques were removed on July 21, 2015. The effort to remove the plaques was part of a larger nation-wide movement to remove monuments honoring the Confederacy. This movement gained momentum following a mass shooting in Charleston, South Carolina. The shooting took place in the Emanuel African Methodist Episcopal Church, one of the oldest black churches in the United States and an important site for meetings during the Civil Rights Movement.

The shooting was labeled a hate crime after police learned the shooter yelled racial slurs while shooting the victims. It was later discovered that the shooter had posted images and a personal manifesto online which contained racist statements, and included the Confederate flag. The FBI defines a hate crime as a “criminal offense against a person or property motivated in whole or in part by an offender’s bias against a race, religion, disability, sexual orientation, ethnicity, gender, or gender identity.” As a result of the shooting 9 people lost their lives, all of whom were African American.

The shooting in Charleston prompted many people to protest the Confederate flag, as a symbol of hate, and called its removal from public spaces. In some locations protestors tried to remove the flag themselves and some were arrested. On June 22 the governor of South Carolina Nikki Haley called for the removal of the flag. The flag was officially removed in July after long hours of deliberations. Governors from Virginia, Maryland, and North Carolina also sought to get rid of  Confederate flag license plates in their states.

As Confederate flags came down from public spaces around the country, retailers like Walmart, Target, and Amazon stopped the sale of Confederate flag items. In San Antonio a call to inventory Confederate symbols around the city uncovered 9. The Bexar Country Commissioners Court deliberated for hours and finally came to the conclusion to take down the symbols. Judge Nelson Wolf stated, “We are simply not going to glorify a symbol which to many people, not all, but to many people has become a symbol of fear and a symbol of hate.” The plaques were donated to the Institute of Texan Cultures after the Commissioners Court directed that the plaques be placed “in an educational or museum setting where they can be interpreted in a balanced way.” [Tanner Norwood, edited by Joscelynn Garcia]