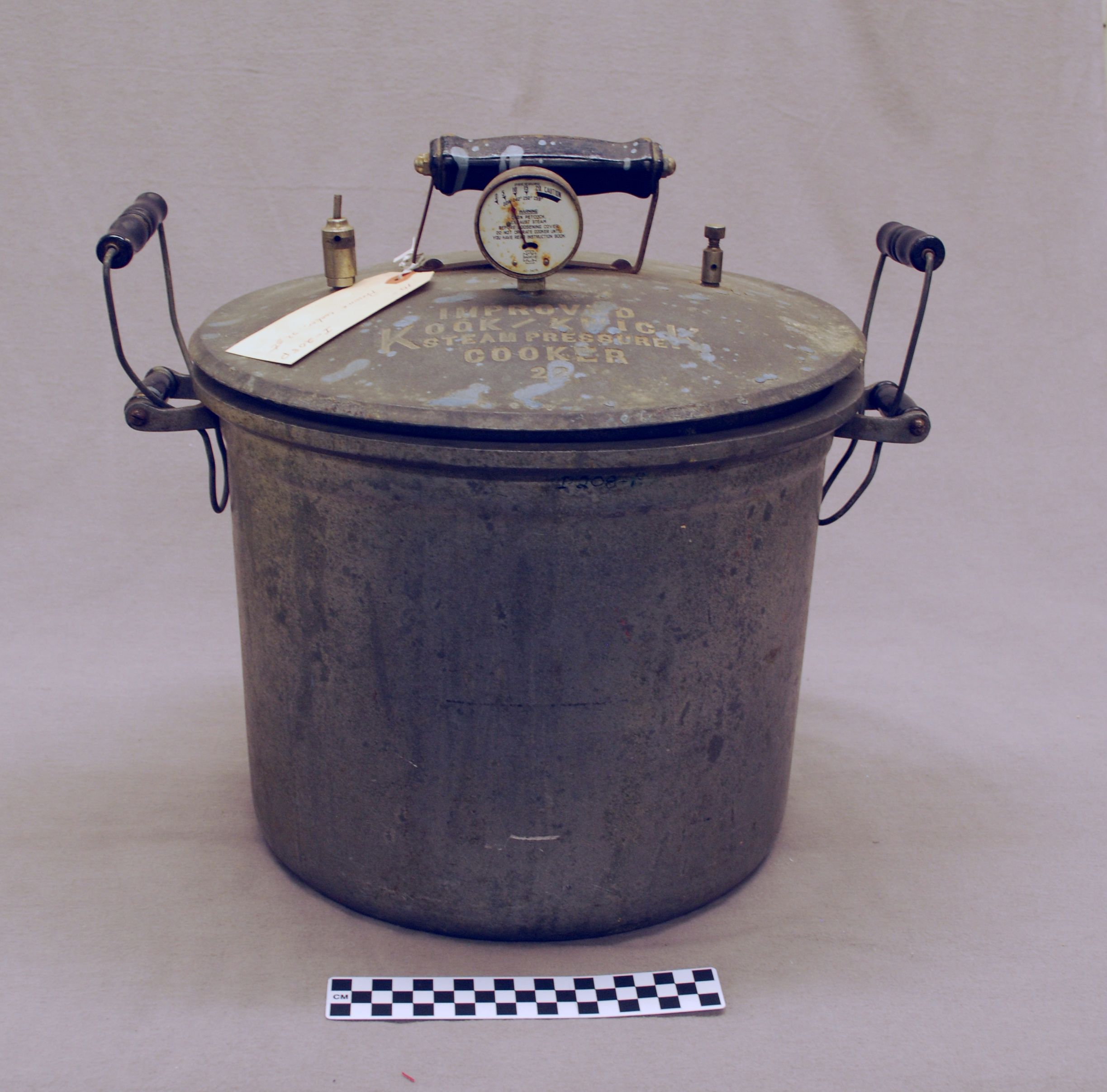 The early pressure cookers did not have the elaborate safety features of today’s modern pressure cookers. There was a risk of explosion based on a build-up of too much pressure. Some foods could clog the steam vent and make matters worse. Even with improved safety mechanisms, it is important to follow proper safety procedures when using a pressure cooker. [Christine Moscardini-Hall, edited by Kathryn S. McCloud]