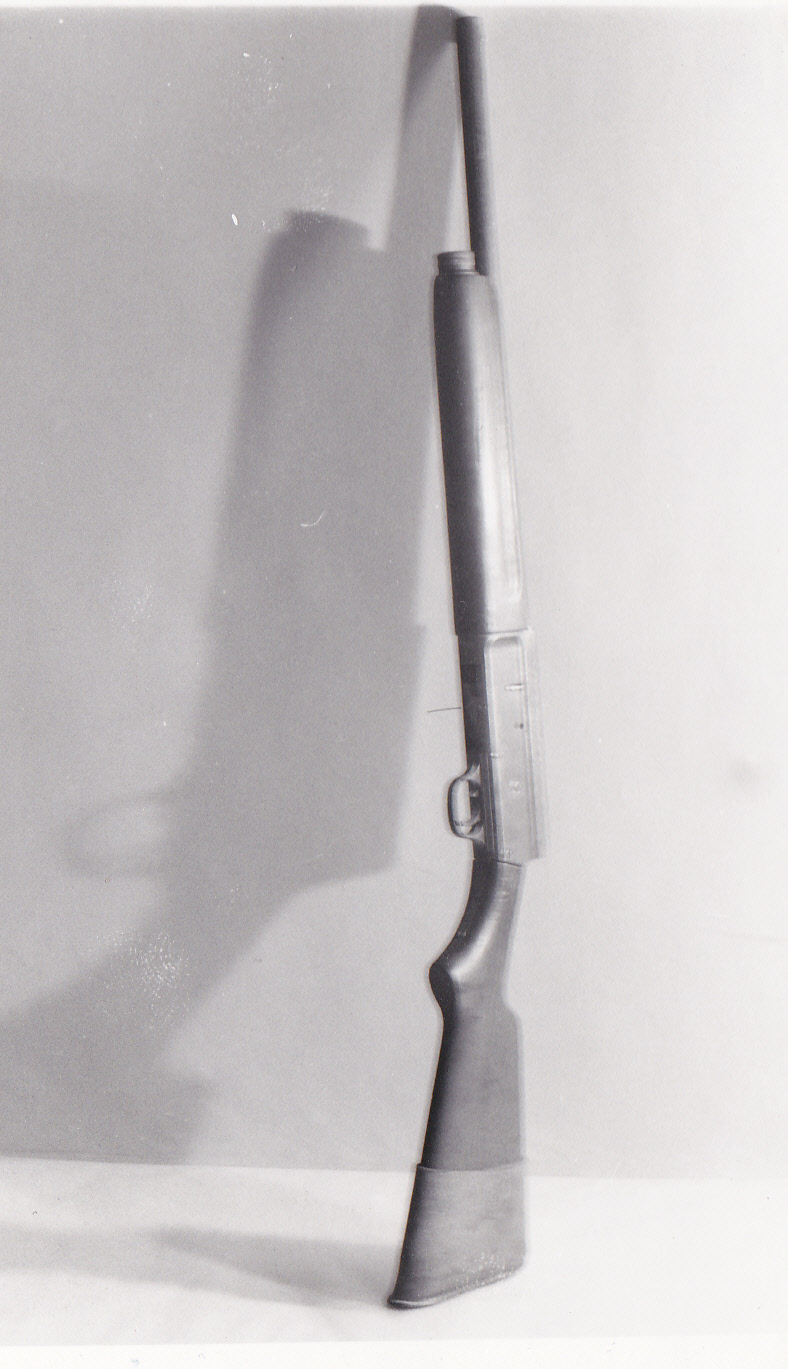 This Remington model 11 shotgun was produced from 1911 to 1948 and was one of the first auto-loading shotguns ever produced in the United States. Though made by Remington, this gun was originally designed by John M. Browning. It is a 12-gauge shotgun, the gauge of a gun is measured by the number of bore-sized lead balls it takes to weigh one pound. Generally, the bore diameter for all 12-gauge shotguns is 0.73 inches, therefore 12 lead balls of this diameter weighs one pound. Shotguns use cartridges (sometimes called shells) as ammunition. These cartridges contain varying numbers of small “shot,” small metal (either lead, steel, or tungsten) balls, along with a propellent (typically smokeless powder) to force the shot out of the barrel. Cartridges come in a variety of different sizes, weights, and amount of propellent. Different types of cartridges are used for different types of game. The spread of the shot can be controlled by the use of a “choke,” or constriction, located at the very end of the barrel. The barrel of this gun (long cylindrical chamber bullets shoot out from) has been shortened to 19 inches, likely by a previous owner, and both its stock (the wood part of the gun) and forestock (portion below the barrel intended for a grip) are made of walnut wood. The end of the stock has a leather butt pad attached to cushion the stock against the shoulder.

After resigning from the Rangers, Mace became the deputy sheriff of Lampasas County. Some years later he traveled to the town of Borger to become the police chief; he also served in the same position in Corpus Christi. He died in 1938 after suffering a stroke of apoplexy, or bleeding in brain. [Jordan Kinnally, edited by Kathryn S. McCloud]