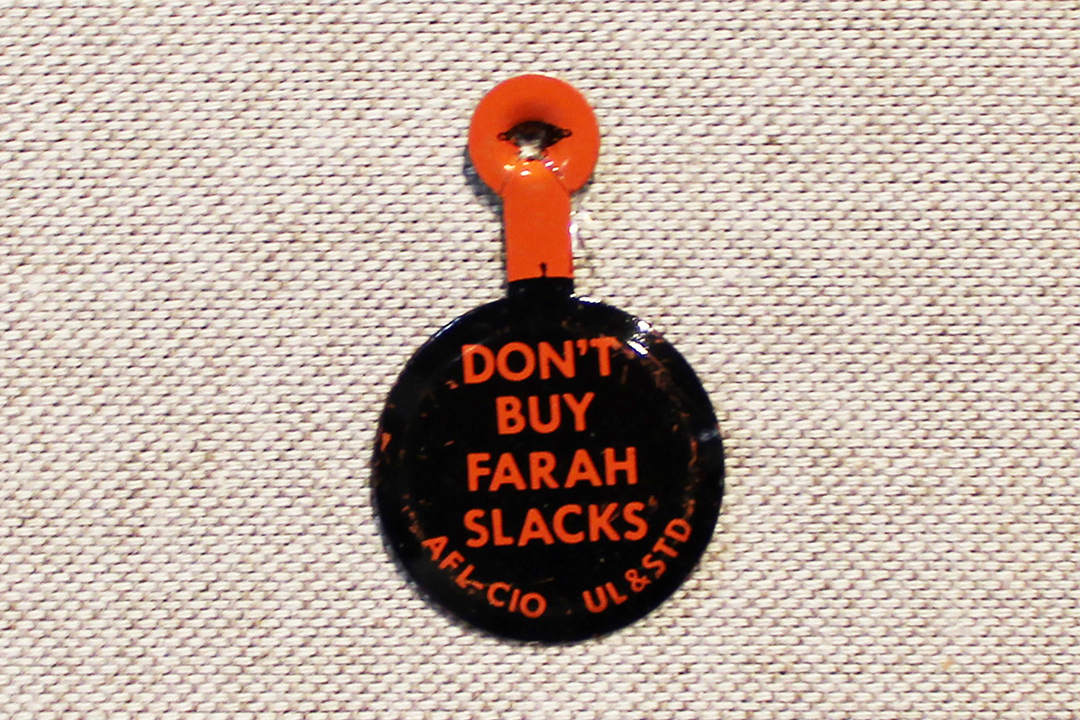 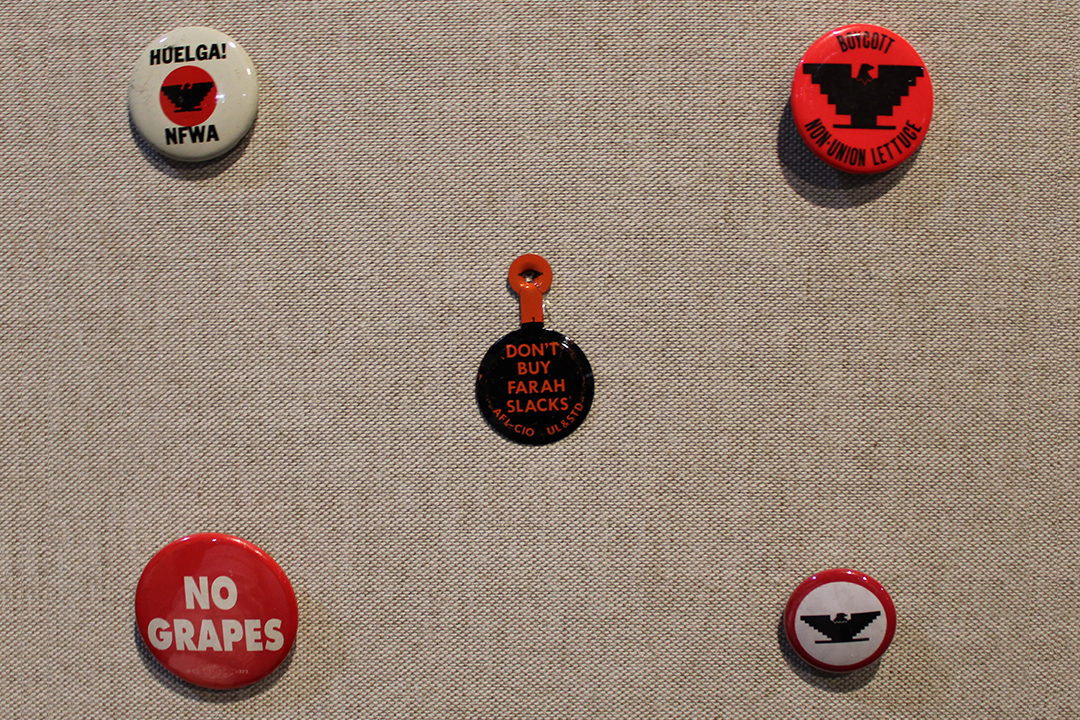 This lapel pin was created by the American Federation of Labor and Congress of Industrial Organizations as well as the Union Label and Service Trades Department in support of a workers strike against Farah Manufacturing Company during the mid-1970s. The Farah Manufacturing Company was founded and owned by a Lebanese Texan family and was based in El Paso (founded in 1920; five factories by 1970), with one factory in San Antonio c.1970. The factories primarily employed Mexican American women. Farah was a major employer in El Paso.

The Farah boycott lapel pin is currently set within the classroom exhibit in the Los Tejanos gallery. On display alongside it are other lapel pins used by the National Farm Workers Association in support of the organization itself as well as boycotts on produce.