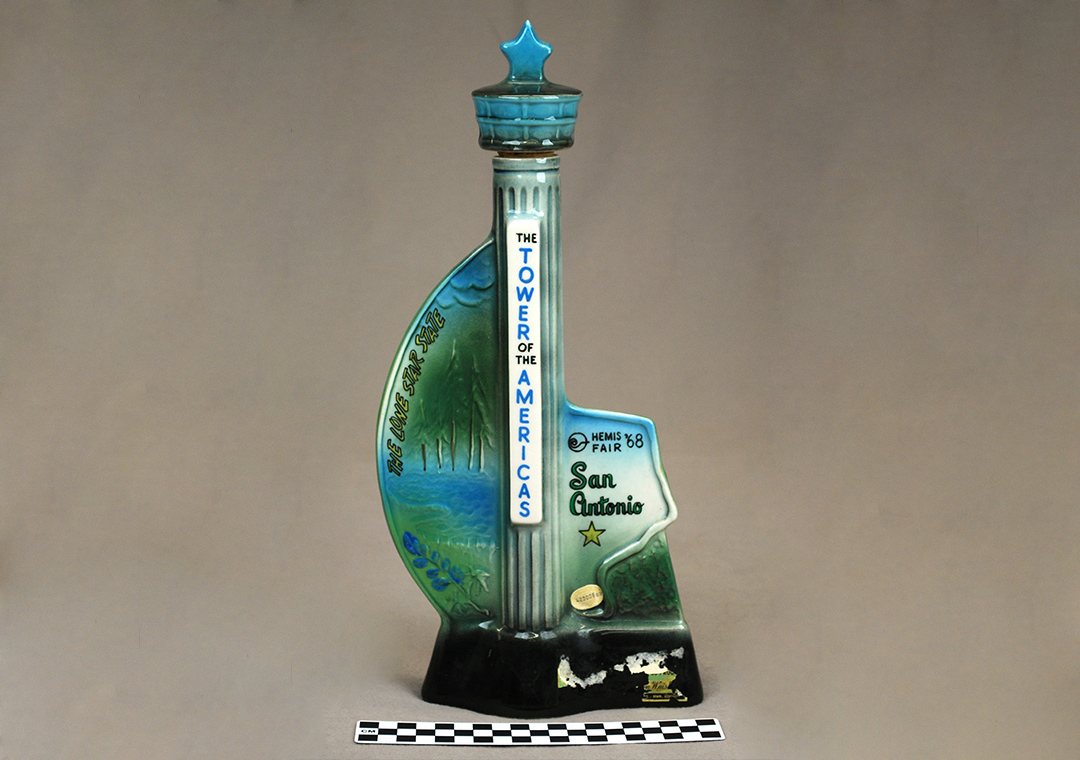 This object is a souvenir Jim Beam decanter commemorating the HemisFair of 1968. A decanter is a decorative ceramic or glass bottle, with a stopper, used to store alcohol. This Jim Beam decanter has the Tower of Americas and part of the state of Texas and its landscape sculpted into the shape of a decanter. The Tower of the Americas is a famous landmark in San Antonio, TX dating back to HemisFair of 1968. This decanter was mass-produced by Regal China Co., and sold during HemisFair, as a cross-promotion for the James B. Beam Distilling Co.

The HemisFair was a World’s Fair that was held from April 6, 1968 to October 6, 1968, in San Antonio, Texas. HemisFair welcomed over thirty nations and six million visitors. The Tower of the Americas was built especially for HemisFair, and was completed just days before the start of the fair. The tower measures 622 feet tall from ground to the highest architectural element, with the observation floor at 579 feet, making it the 29th tallest building in the state of Texas. It was the tallest observation tower in the United States until 1997, when the Stratosphere Tower was built in Las Vegas.