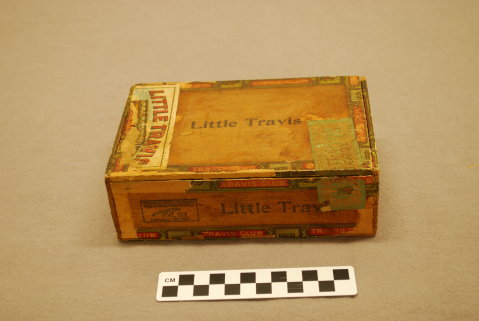 The Finck Company made special “private label” cigars for the Travis Club, a private men’s club, founded in 1890. In 1906 the private label cigars were made only for the club, but during WWI the club members began inviting young military officers and trainees in San Antonio to join the Travis Club. These military men enjoyed the cigars so much they demanded they be sent to other military related men’s clubs. It became a widely popular brand and is still a top seller today, with an image of the original building printed on the label as a tribute to the history of the brand. Today the Finck Cigar Company is the only automated cigar factory in Texas.