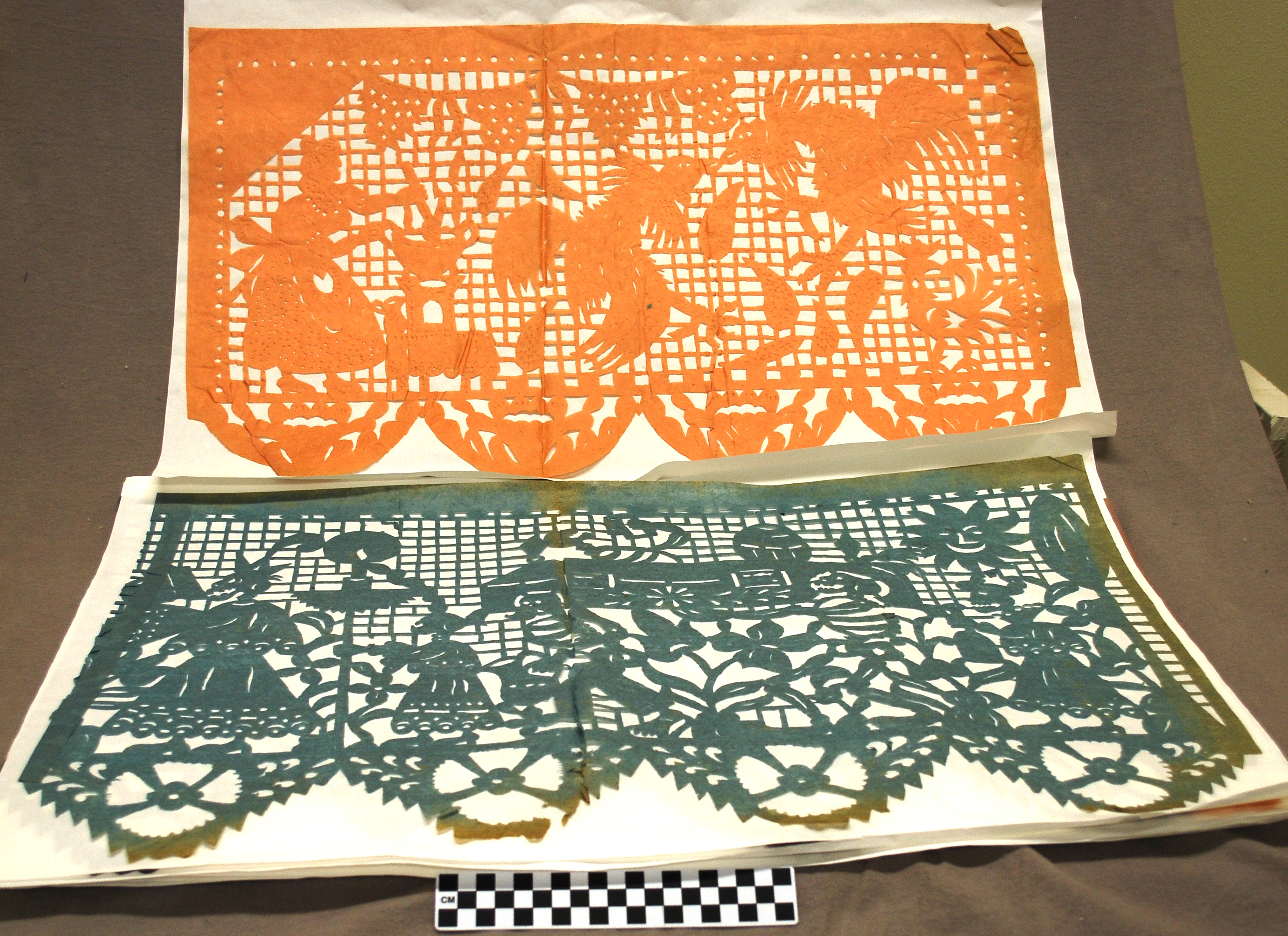 Every year from September 15 through October 15 Hispanic Heritage Month is celebrated in the United States. The month commemorates “the histories, cultures and contributions of American citizens whose ancestors came from Spain, Mexico, the Caribbean and Central and South America.” In San Antonio the influence of Mexican culture is prominent and can be seen throughout the city. Historic Market Square in San Antonio is one of the best places around town to see decorations, art, and try delicious food. This object is what is known as papel picado which translates to punched or perforated paper. Usually seen at various Mexican and Mexican-American celebrations such as birthday parties, Mexican Independence Day and Dia de los Muertos or Day of the Dead.

The history of papel picado can be traced back to the Aztecs who used the bark of mulberry and fig trees to make a rough paper called amatl or amate. Amatl was used during rituals to create flags and banners that would then be used to decorate temples, streets, and homes. A popular ritual involved having the amatl paper sprayed with liquid rubber in a ritual having to do with the rain gods. Amatl paper was popular until the Spanish conquest when the production of amatl paper was banned and only European paper was allowed.

Today papel picado is very popular during Dia De Los Muertos celebrations. This holiday is mainly celebrated in Mexico but other forms of this holiday are celebrated around the world. In communities in the United States with Mexican-American residents, such as San Antonio, the holiday is extremely popular. The holiday focuses on families getting together to pray and remember friends and family who have passed away. Traditions for the holiday include making altars. These altars often include papel picado along with photographs and food offerings. Many of these offering include objects that deceased enjoyed during life. So the next time you are in San Antonio’s Historic Market Square be on the lookout for these colorful works of art.