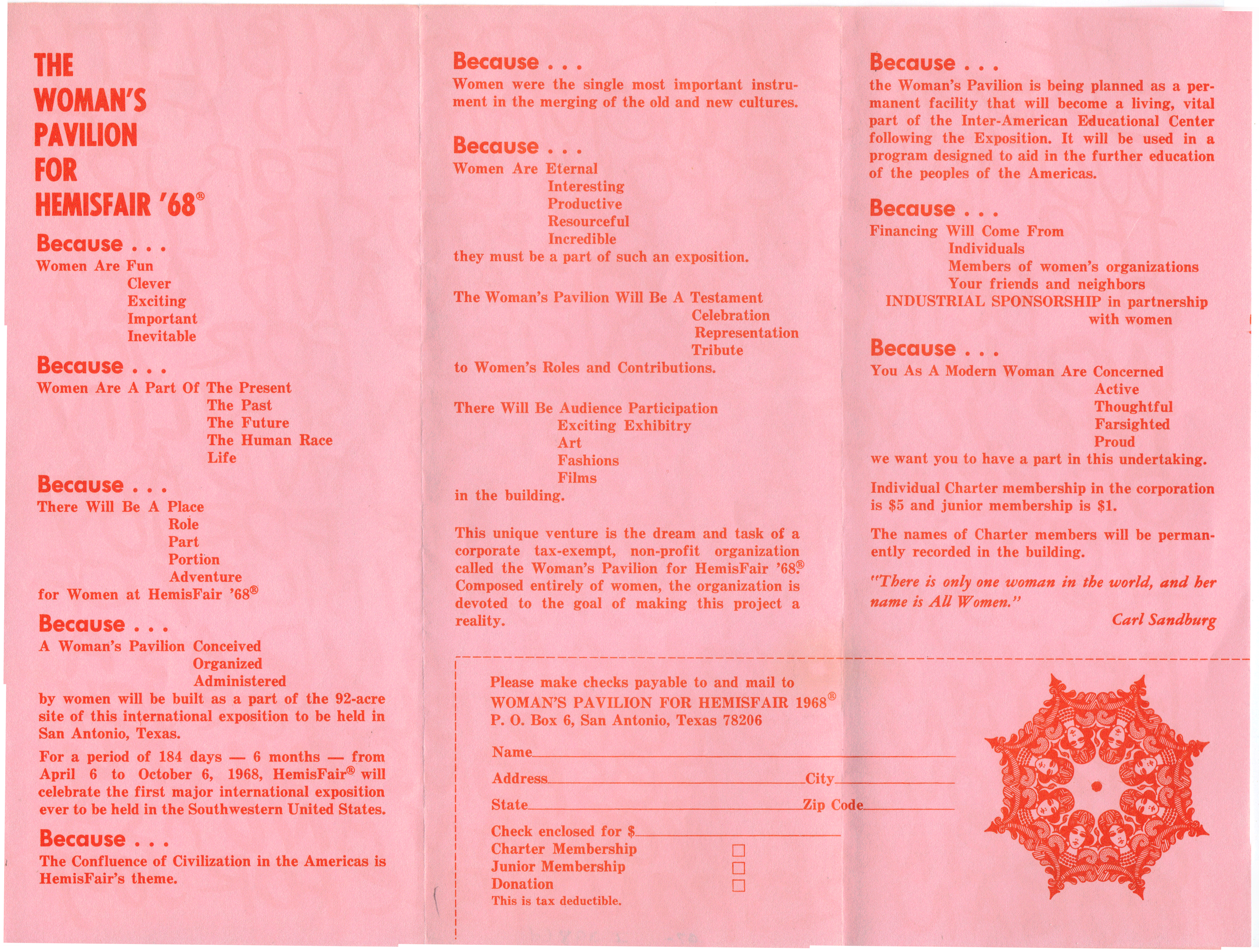 After HemisFair ended, the intention was to make the building the home of the Inter-American Institute. The Institute would focus its research on different cultures, hosting seminars and housing a library that would include major works from different cultures. However, after HemisFair, the building reverted to the city of San Antonio and then was deeded to the University of Texas at San Antonio. Eventually, the building fell into disuse and ended up as a storage warehouse for UTSA. The land was finally returned to the city and efforts to restore the building began. The Executive Director of the original project, Sherry Kafka Wagner, is now the President of the Women’s Pavilion board. The Women’s Pavilion board hopes to restore the building for future public events and women-focused exhibits, renamed as the San Antonio Women’s Pavilion at HemisFair Park. Currently, the city is working to revive the Hemisfair Park Area and provide the public with homes, businesses, and cultural spaces in the heart of San Antonio.