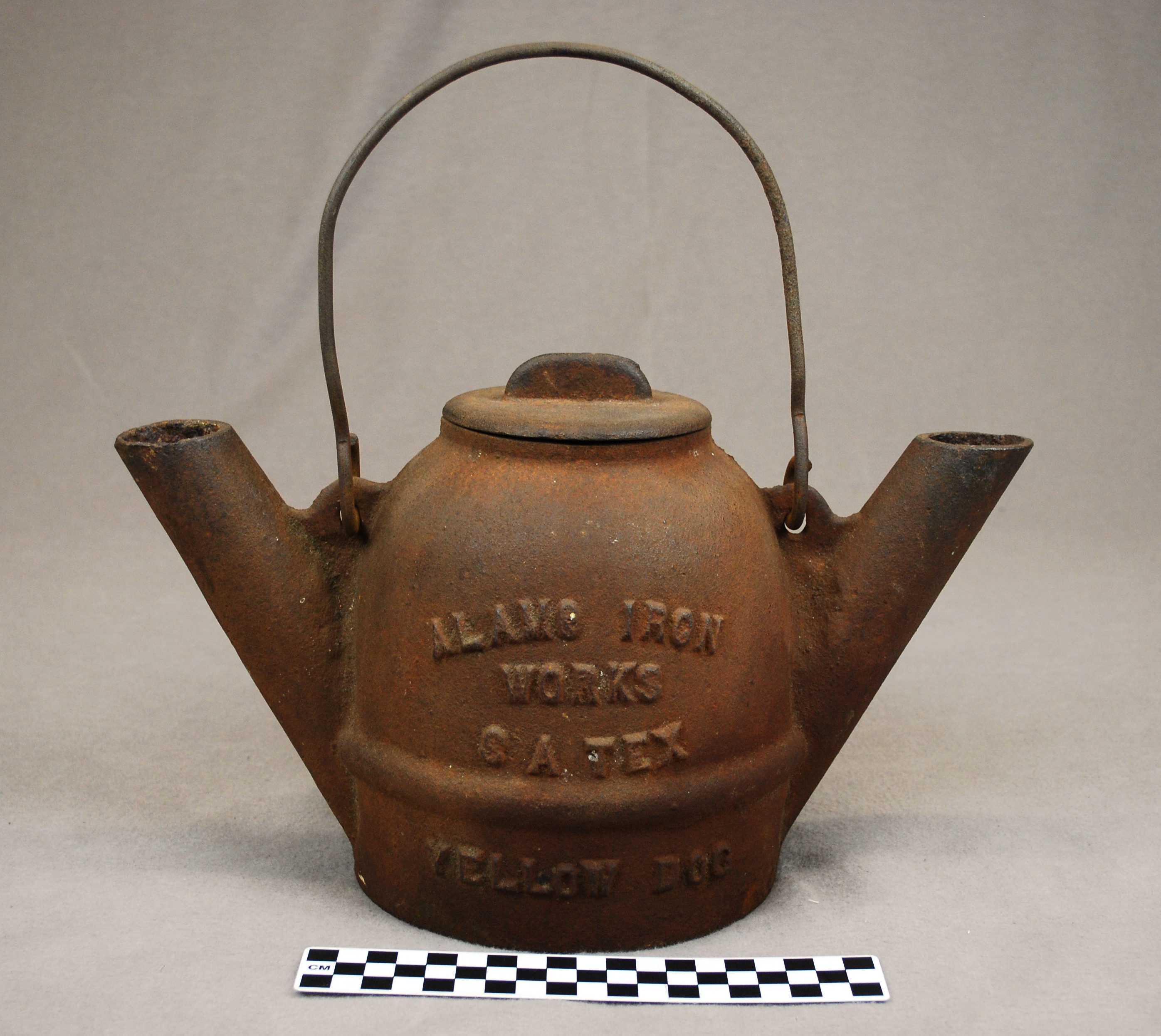 Lanterns like this “Yellow Dog” were used for night time lighting around oil drilling derricks in the late 1800s and early 1900s. They were designed to burn crude oil, abundant on oil fields, and used two wicks to put out more light. They were made of iron or steel to be very sturdy, and unlikely to break or explode. A fire on an oil derrick could quickly become very dangerous.

Oil drilling has been big business in Texas since 1901, when the so-called “Lucas Gusher” struck oil in the Spindletop field, near Beaumont, TX. Before this the largest oil producing region of the country was in western Pennsylvania. Following the impressive find at Spindletop an oil boom began in Texas, with speculators setting up drilling operations throughout the state in hopes of striking in it rich. Wells sprung up in Corsicana, Burkburnett, New London, and many other boom-towns around the state.

In less than a decade oil transformed Texas from an agricultural economy into an industrial powerhouse. The discovery of abundant oil supplies in Texas transformed transportation, making cars more practical and converting trains and steamships from coal to oil. It also brought a great deal of wealth to the state. Well owners became overnight millionaires, but the industry also created many jobs in all aspects of oil discovery, production, processing and transportation. State universities and public schools also befitted greatly from the oil boom in Texas, thanks to oil being found on lands appropriated to schools during the Republic of Texas. Even today oil and natural gas are an important part of Texas’ economy.