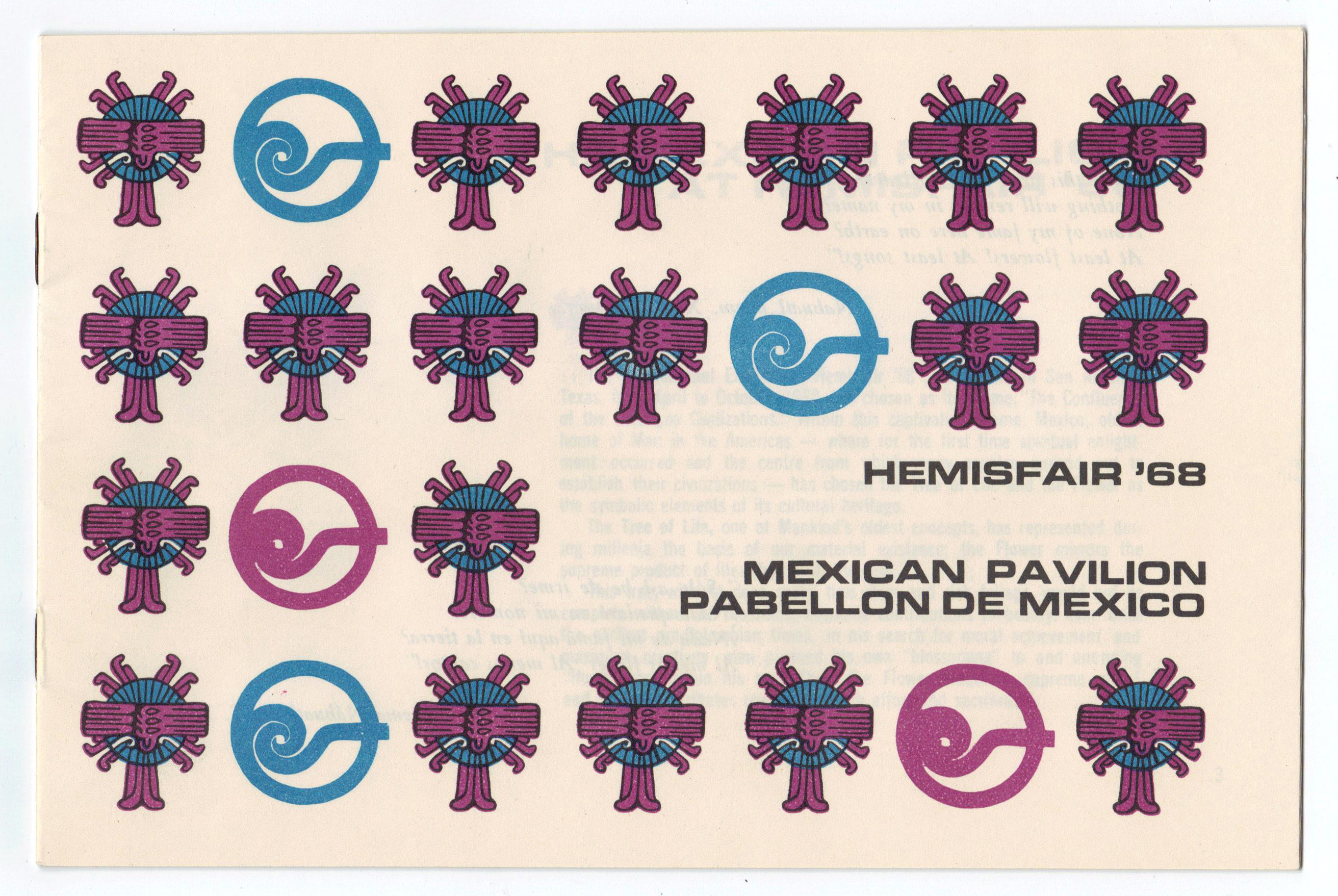 The character of World Fairs has changed throughout the years and can be categorized into three eras, industrialization 1851-1938, cultural exchange 1939-1987 and nation branding 1988-Present. Hemisfair ’68 would have fallen into cultural exchange era. With the theme being “The Confluence of Civilizations in the Americas” Hemisfair aimed to show San Antonio’s ethnically mixed cultural heritage and placed an emphasis on the city becoming a future center of international commerce and cultural exchange between the United States and Latin America. With almost thirty pavilions at Hemisfair ’68 the Mexican Pavilion was one of the biggest.

However, there were a few issues that had to be resolved before Mexico agreed to attend the fair. Mexico had felt insulted and felt that the creators of the HemisFair were competing with Mexico. This was because Mexico was hosting the Olympic Games being held from October 12-October 27 of 1968, which would have coincided with HemisFair. Mexico threatened to not attend unless the dates of the fair were changed. HemisFair was then rescheduled to April 6th through October 6th, so as not to conflict with the Mexico City Games. The Mexican pavilion was “divided into several areas displaying Mexico’s rich history through art, artifacts and multimedia.” Some of the most memorable features of the Mexican pavilion were giant Olmec heads, a floating stage, a Mexican restaurant, and the many artists that could be seen performing throughout the day.

When Hemisfair ’68 came to an end, many of the structures were taken down. However, after many world fairs some structures are left standing and become iconic landmarks for the city. For example, the Seattle space needle, and Eiffel Tower are two structures that remained after a world fair and are still popular landmarks today. In San Antonio there are several structures that are still in use today including the Tower of the Americas, UTSA Institute of Texan Cultures, and the Mexico Pavilion which is now known as the Mexican Cultural Institute.

Today the Mexican Cultural Institute is still in the same location it was in in 1968. The structure has since been remodeled and expanded. The institute hosts art exhibits, music concerts, plays, and academic events that showcase Mexican culture. The institute has 4 galleries of changing exhibits and an auditorium, and admission to the institute is free to the public. Although, it has been nearly 50 years since HemisFair ’68 the impact it had on San Antonio can still be seen today. With the city of San Antonio’s 300th anniversary just around the corner in 2018, and the current revitalization at HemisFair Park well underway, it will be exciting to see what celebrations the city has in store to mark this milestone.