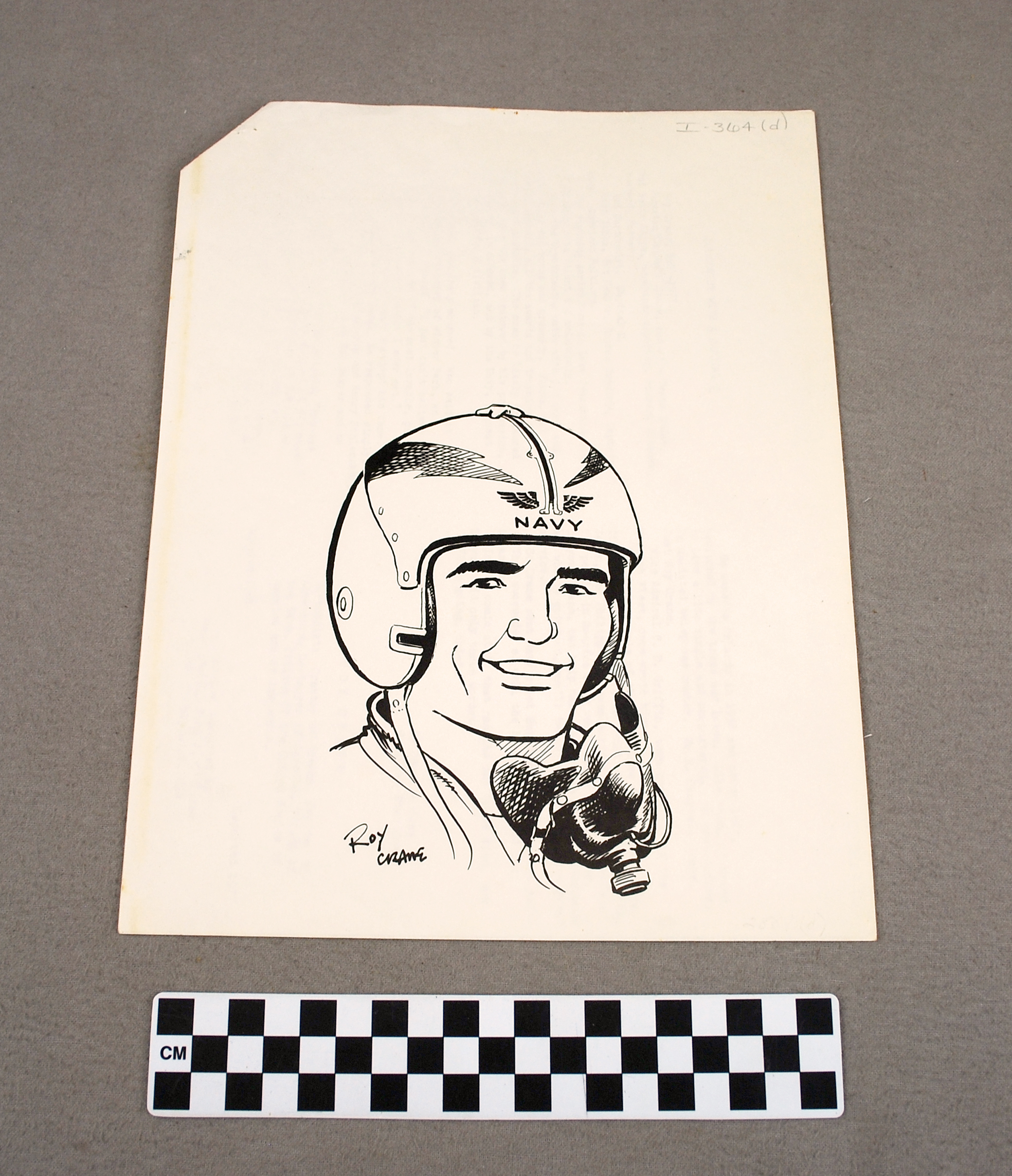 Art played a significant role during World War II; it was used in the United States to bring people together against a common enemy and to show Americans what they were fighting for. Posters, comics and advertisements once used to market items or make people laugh started to be used to market political agendas, leaders or causes. Collections of art, most significantly propaganda from the WWII era, are significant pieces of history because one can see what society was like at that time. They expose cultural ideals through how they motivated people to join the war, support their military or even hate the enemy. This object is a pen and ink print of the notable ‘Buz Sawyer’ drawn by cartoonist Roy Crane. The ‘Buz Sawyer’ cartoon was one of the first of its kind, as cartoons were no longer just for laughs but were meant to talk about the war and depict realistic circumstances.

Roy Crane, was raised in Sweetwater, Texas. Son of a lawyer and schoolteacher, he was educated at the Academy of Fine Arts in Chicago as well as the University of Texas and went on to be a talented cartoonist. His first published piece was the cartoon strip, ‘Captain Easy, Soldier of Fortune’. Beautifully crafted the ‘Captain Easy’ story-lines were made to make the viewers laugh. This cartoon strip was published each and every Sunday until Crane felt his artistic nature being stifled by the limitations of the newspaper he was working for. He eventually left the Sunday newspaper pages of Cleveland for King Features in 1943 and put to paper his own experiences as a traveler drafting ‘Buz Sawyer’.

Crane, wanted to be the first cartoonist to create realistic plots and depictions of the war. He wanted to animate history and adventure, and believed ‘Buz Sawyer’ would do just that. This character was depicted as a WWII Navy pilot, clean cut and well behaved, a figure of American patriotism, courage and discipline. A more risky character, Rosco Sweeny, the comic relief of the strip, of course accompanied Buz. Roy Crane would influence other artists with the ‘Buz Sawyer’ comic strip to also tell action adventure stories rather than humor alone. As WWII ended so did the adventurous war stories of Buz Sawyer and Rosco Sweeney. Crane would follow the experiences of Americans at the time and as men came home from war so did Buz Sawyer. The strip did not end with Buz’s return home but the story-lines did become more serious and focused on family life after the war.

Cartoons are both history and art made for the public audience. Cartoons such as ‘Buz Sawyer’ can be looked at by historians to examine time and place. The time in which they are written can be reflected in characters, buildings or clothing. Cartoons even can be used to teach history and current events, they spark conversation and innovation; cartoons are tools to teach the masses, because they are written for them.