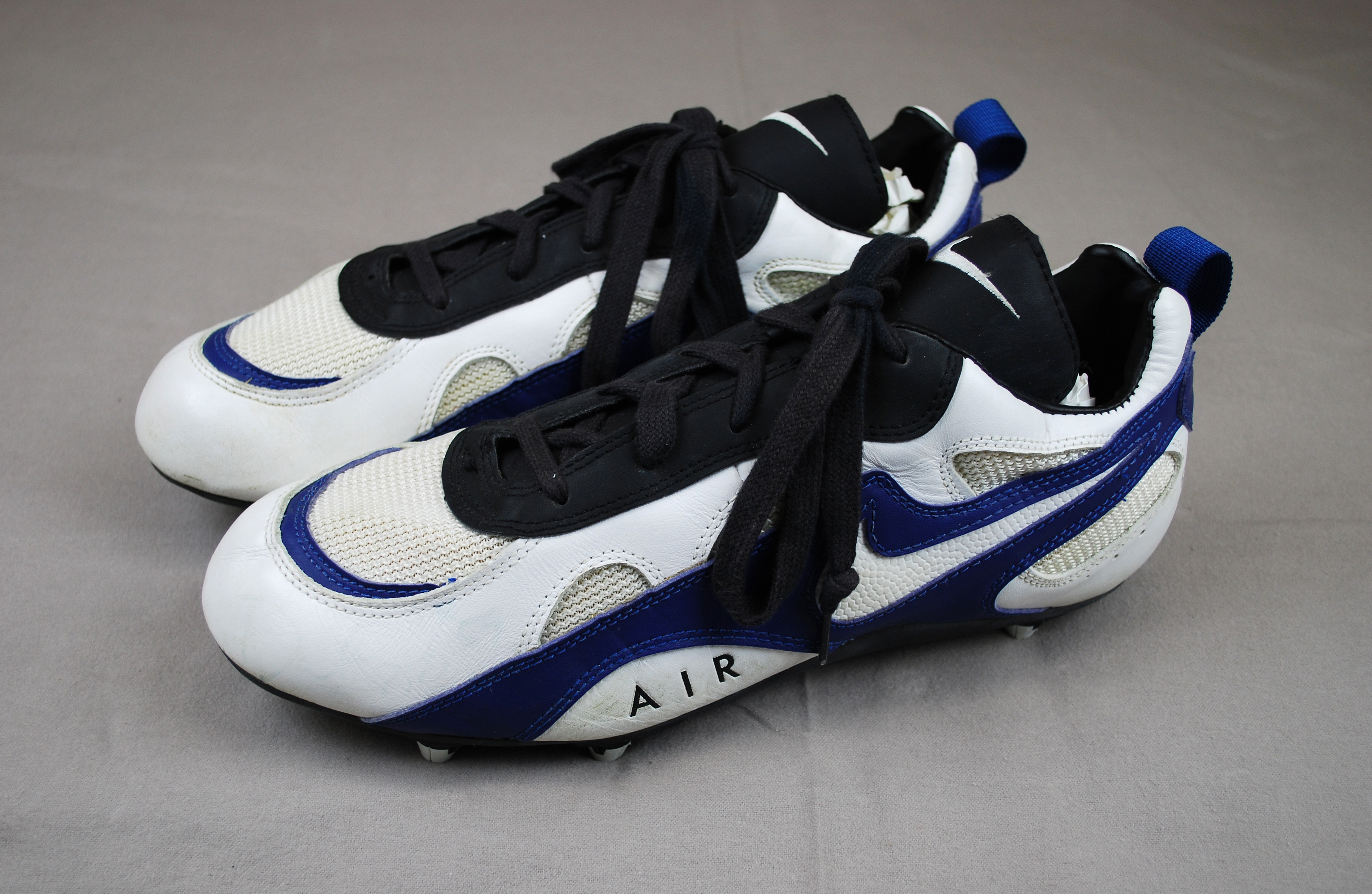 The most popular sport in the United States is American football, with professional football and college football the most popular forms of the game. The first game of American football was played on November 6, 1869 between Rutgers and Princeton. However, the game played back then looked completely different from what fans today are used to. The first game consisted of 25 players with a round ball and could only kick the ball, not touch it with their hands. Rutgers won the game with a score of 6-4. The sport is thought to have evolved from rugby and soccer, blending and modifying the rules of both. This object is a pair of football cleat shoes belonging to Dat Nguyen, the first Vietnamese-American to be drafted into the NFL and be recognized as an All-Pro.

Following his career as an NFL player Nguyen became an assistant coach for the Cowboys and remained there until 2010. Nguyen then went back to his alma mater and became an inside linebacker coach. Nguyen left A&M in 2011 after a successful season. Today Dat Nguyen can be found as a co-host of The Blitz with Jason Minnix.