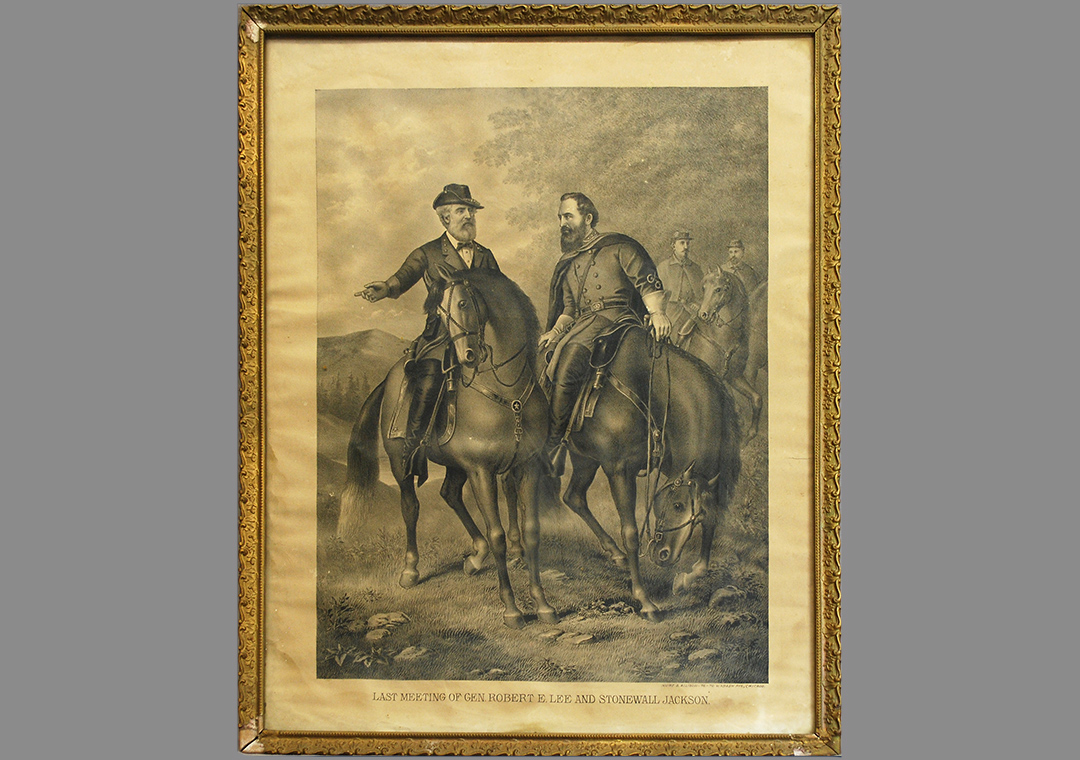 The Civil War resulted in the death of more than 600,000 soldiers and many more were injured. After the war ended many Americans wanted to commemorate the war with art, and people like Louis Kurz and Alexander Allison took advantage of this to sell Civil War chromolithographs of famous people or events from the ware. Many of the prints were inaccurate, but they were still popular. Today they are one of the most sought after collectibles. This object is a print by Allison and Kurz depicting the last meeting between Gen. Robert E. Lee and Stonewall Jackson.

Following the battle of Chancellorsville, Jackson was returning to his camp with some staff and they were mistaken for a Union Calvary by the Confederate troops. They open fire and Jackson was hit by three bullets, two in the left arm and one in the right arm. Jackson was unable to get immediate medical attention as it was after dark and there was a great deal of confusion. As a result of his injuries Jackson’s left arm had to be amputated. He survived the amputation but had signs of pneumonia which were ignored. Jackson passed away from complications of pneumonia on May 10, 1863.

Both men continue to be studied by historians for their military tactics today. They are both commemorated with various monuments, parks, and schools named after them.