An unusual object found by TxDOT in northeast Texas 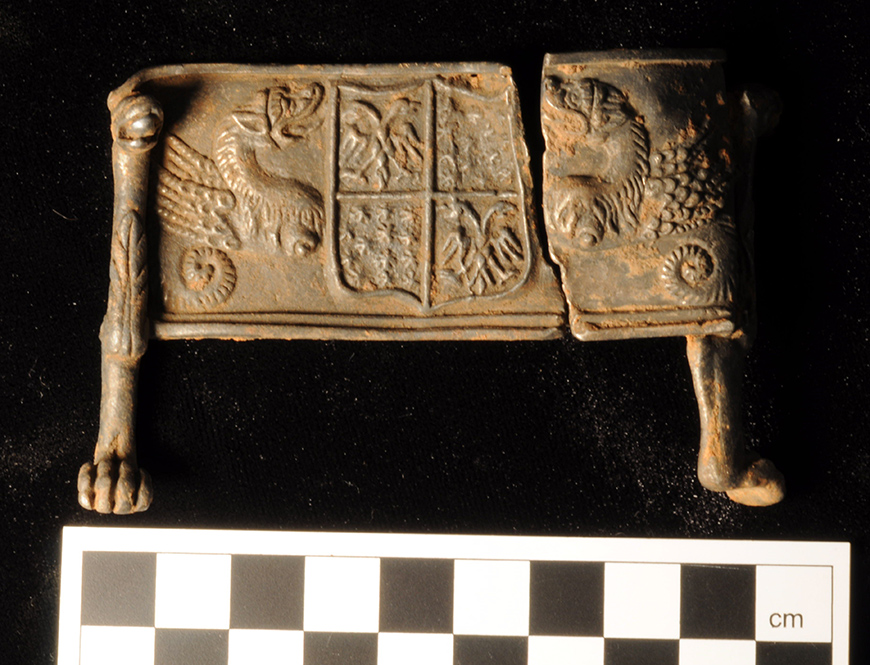 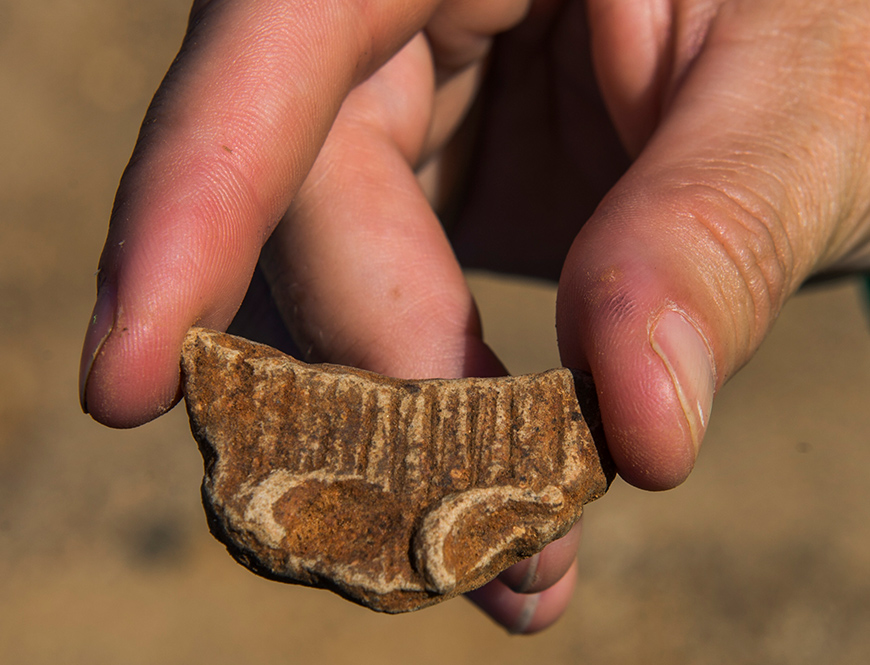 This blog post is provided by the Texas Department of Transportation’s (TxDOT) Archeology Section, which discovers archeological evidence of human culture throughout the state when building roads. The blog details new and exciting Caddo findings in northeast Texas where TxDOT excavated portions of a Caddo village. The institute’s Native American exhibits and collections include a selection of Caddo artifacts and the details presented here by TXDOT provide additional insight on the Caddo tribe’s history in Texas.

Caddo Nation’s ancestral homeland encompasses northeast Texas, northwest Louisiana, southwest Arkansas, and southeast Oklahoma.  Archaeologically, we begin to recognize their culture in the area c. AD 900. They lived in spread out, unfortified, agriculture-based communities; however they were a highly organized and strictly governed tribe. While the Caddo were known as a friendly—their word “tejas” means “friend” and is, of course, where the word Texas originated from—they retained a fierce warrior class for when diplomatic channels failed them.

A curious artifact was discovered among thousands of others at an archaeological site in East Texas. The historic artifact was found buried in a manner that suggests it held high value. It appears to be a metal box fragment consisting of two pieces from two different sides of a Spanish jewelry box. The metal is relatively heavy, made from either silver or pewter. The fragment features a mythological beast; either a griffin (front-half eagle, and back-half lion) or a wyvern (front-half dragon, and the back-half featuring a coiled tail like a seahorse). A coat of arms also appears on the artifact and is divided into four sections. Two adjacent sections feature a field of stars, and the other two depict a double headed eagle – a common symbol used in Western Europe by the Holy Roman Empire.

Spain was part of the Holy Roman Empire during AD 1519 to 1556. These years overlap with the Desoto expedition from 1539 to 1543. After Desoto’s death in 1542, his men abandoned the expedition and tried to get back to Mexico. Expedition member Moscoso led the men through Texas (1542-1543), and when he reached the Neches River they followed it south. They would have at least passed very close to the East Texas Caddo site. Moscoso and his men were unable to feed themselves so they began to raid Texas Indian farming settlements. So, it is thought that the artifact may be evidence of Caddo interaction with Moscoso and his men. Due to the artifact’s intentional damage and being of high enough value to be purposely buried, the fragment may be a war trophy. Further, this unique find potentially precedes the date of direct contact between Native Americans and Europeans in the area – that led to established trade starting in 1686.

Moscoso and his men eventually abandoned the attempt to pass through Texas and turned around and went back towards the Mississippi River. Following the admission of Texas as a state in 1845 the Caddo were relocated to Indian Territory north of their ancestral homeland. Today Caddo Nation capital sits in Binger, Oklahoma with approximately 6,000 enrolled members. This Caddo site was originally recorded in the 1930s but was forgotten until recently. The site’s rediscovery by TxDOT means they can move forward with preserving the location and artifacts recovered, which include engraved ceramics, rare obsidian artifacts, and other stone tools in addition to the fascinating metal fragment.