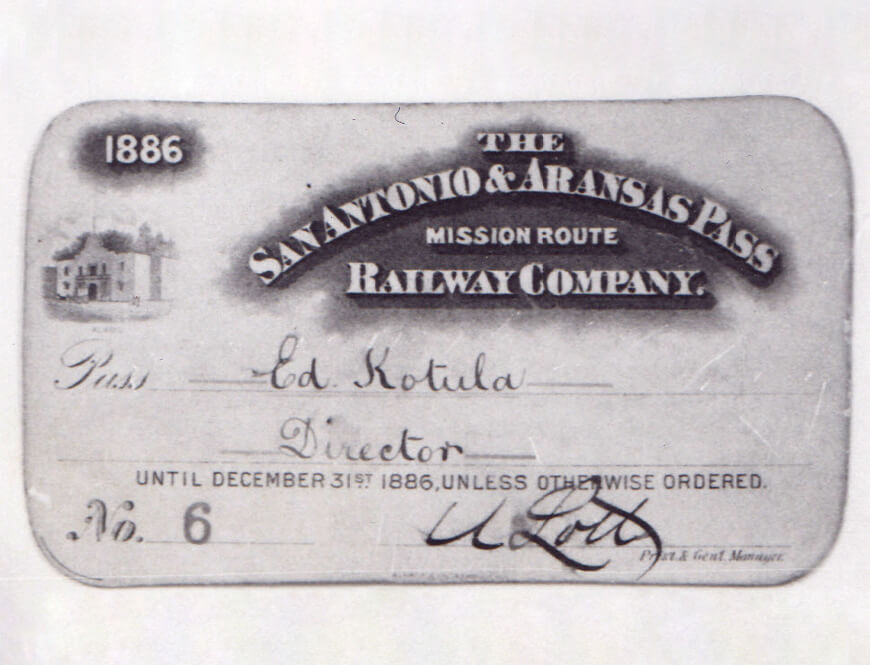 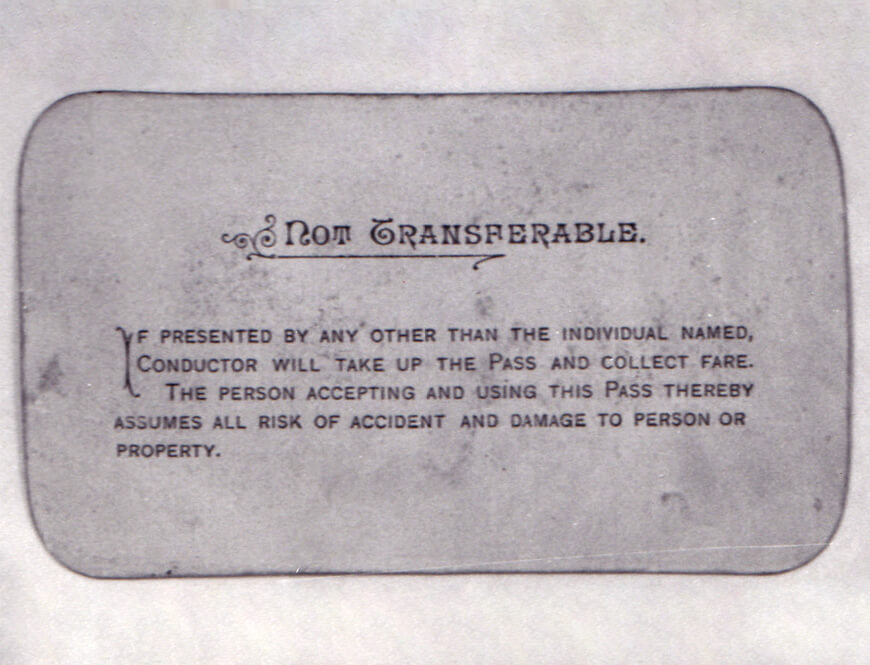 The San Antonio and Aransas Pass railway or “SAAP” was a railway system that connected San Antonio to Aransas Bay. It was chartered in August 28, 1884 with its first stop in Floresville. It was one of only two railroad systems that came out of San Antonio. The railway was built to compete with the Galveston Harrisburg & San Antonio Railroad which was part of the Southern Pacific rail system. The “SAAP” also helped to connect San Antonio to Corpus Christi in 1887, the destination port of Aransas Pass was not reached till 1889. Vacationers rode the railway in comfort and style on their way between Corpus Christi and San Antonio. The cattle that used to be driven on this trail were now transported on the railway, which led to a healthier sleeker cow.

The SAAP was the dream of Uriah Lott, he was not a wealthy man but had drive and vision. His first rail was the Texas Mexican Railway, it began with only one mile of track and was built with the help of other investors such as the San Antonio Street Car Company and donors like Mifflin Kenedy from Corpus Christi. The “SAAP” railway pass in the collection of Institute of Texan Cultures belonged to Mr. Edward Kotula, an immigrant from Poland, who became known as the “Wool King of Texas”. He was also one of the first directors of the “SAAP” and was willing to invest to bring enterprise to San Antonio. He had a wholesale grocery store and a wool commission office off of Alamo Plaza and he also sold wool from the depot.

Most of the railway was made from parts of older railways no longer in use. Even the cars used were recycled, but they were needed to get this railway going. The only thing not secondhand was the depot, though not as impressive as the Galveston Depot, it had a steeple that gave the building its signature “look”. It opened in 1886 with the steeple at the front corner it had two floors. The ground floor was used for waiting, offices, lunch counters and had a telegraph service. The railway offices were situated on the top floor. It stopped functioning as a depot in 1925 and was the building was gone by 1935. The site, at the corner of Alamo St. and South Flores, is now home to the Salvation Army Thrift Store. This depot was where Teddy Roosevelt left with his Rough Riders in 1898, on their way to fight in Cuba. Today, if you want to sit in some of the old booths from the train depot you only have to walk to the Little Rhine Steakhouse which is only two blocks from the Alamo.

The San Antonio and Aransas Pass railway went under due to a financial crisis following numerous derailments and a deadly bridge accident. These accidents could have been due to the use of second hand materials or not setting a stable foundation under the tracks. Its last run was made in 1925. Most of the track has been abandoned but, as of 1994 some of it is still in use, running from San Antonio to Houston.