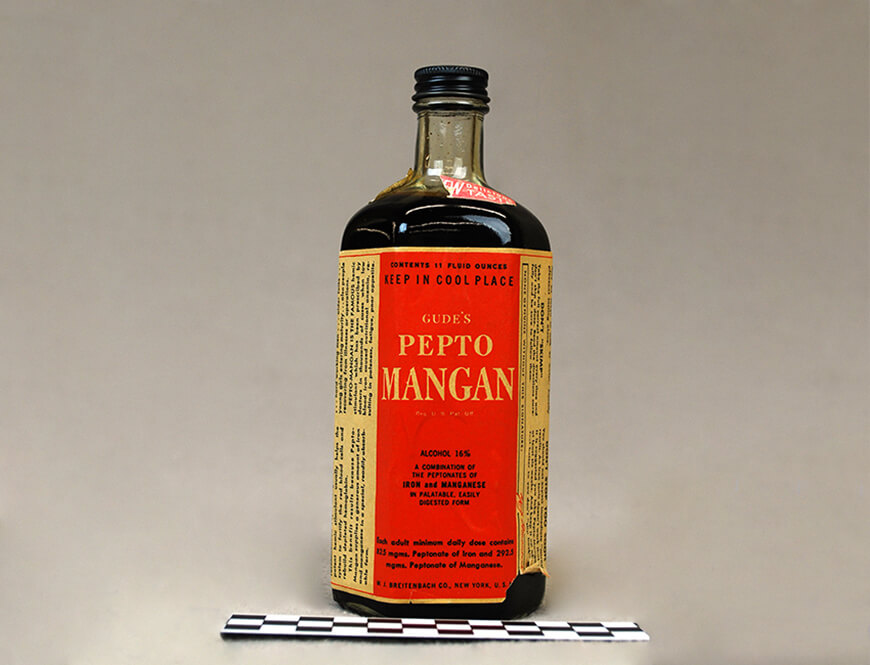 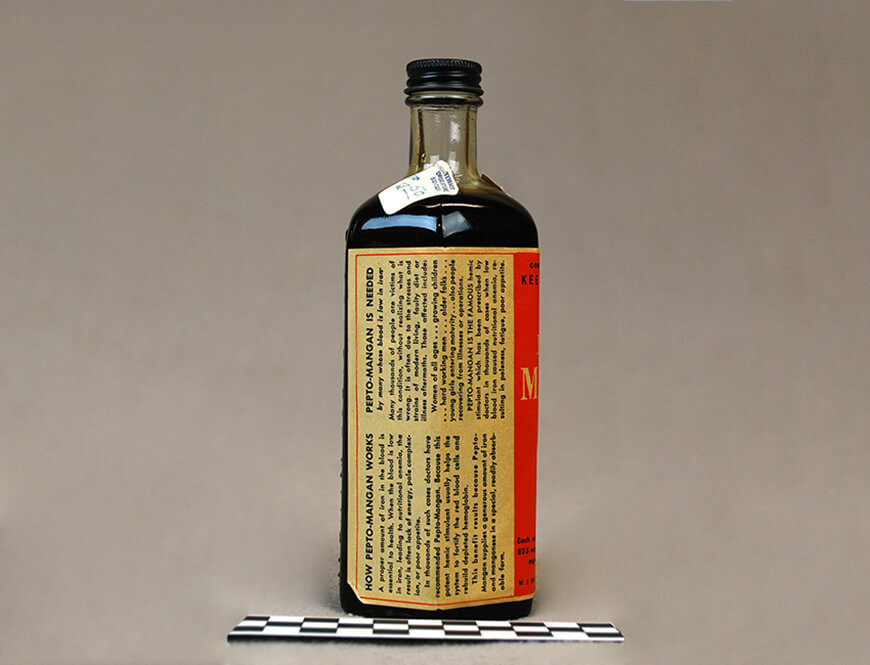 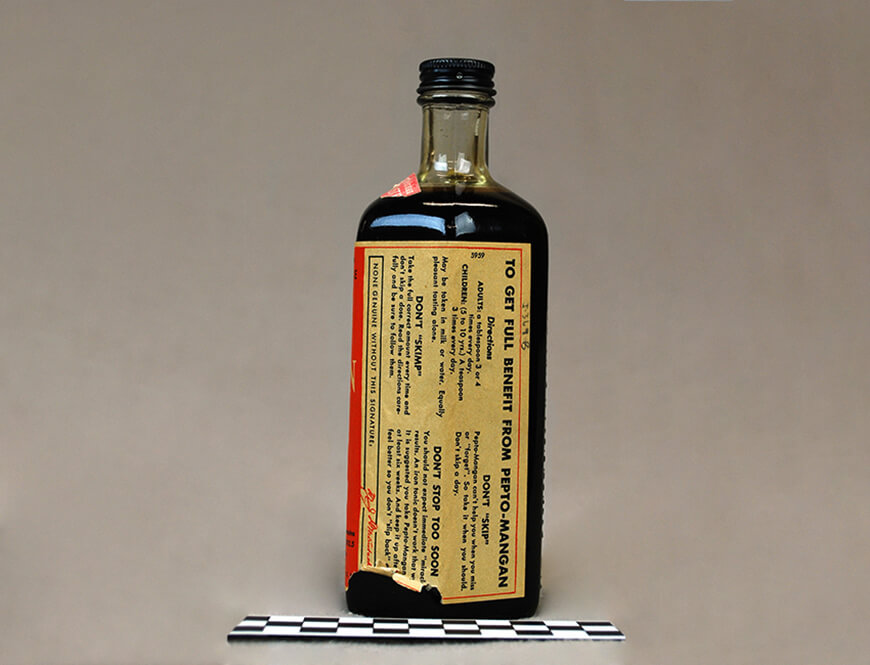 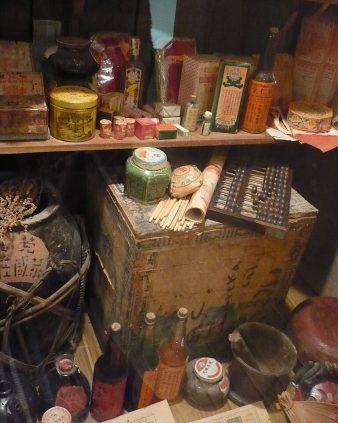 The hexagonal shaped bottle in the Institute of Texan Cultures collection is filled with a remedy for anemia called Gude’s Pepto-Mangan and manufactured by the M.J Brietenbach Co. of New York. Anemia is a medical condition that effects the blood. Patients with anemia do not have enough red blood cells in their blood to properly distribute oxygen throughout the body. Pepto-Mangan was a compound of magnesium and iron peptonate which was intended to reduce stomach problems and acid reflux, and was thought to enrich the blood with iron. It was noted that once patients had taken Gude’s Pepto-Mangan their symptoms decreased, and after a few days they were back to their regular selves. Pepto-Mangan was a dark clear colored liquid but, was said to have had a light taste and not a harsh medicinal one. This is a surprising description, because it contained 16% alcohol. The recommended dosage for adults was four tablespoons a day, children over the age of 5 could have up to a teaspoon three times a day. 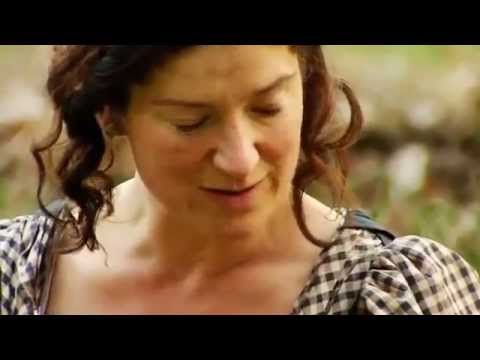 Click the video above to view the Victorian Pharmacy BBC ‘Complete Four Episodes’.

— By Marisol Martinez. Edited by Kathryn McCloud.
Additional Resources
Back To Collection Blog
Join Our Newsletter!
Get the latest news & updates about ITC.
Sign-Up Today!