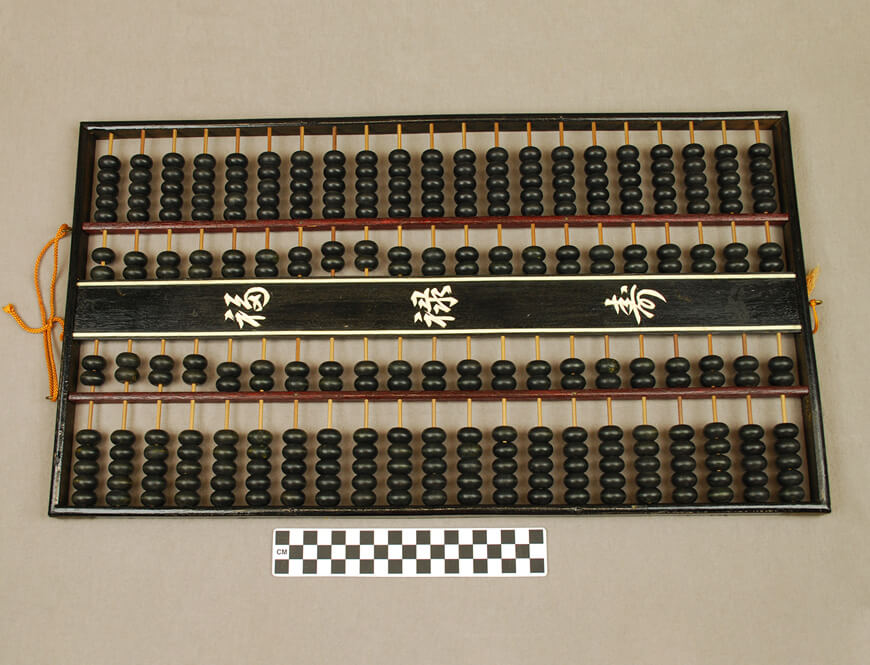 There are several styles of abacus developed in China and Japan, including the ¼, the ⅕ and the ⅖. Other countries have their own style of abacus. The Russian version, called the schoty, pronounced (SHAW-tee), was invented in the 17th century and each row has ten beads representative of our ten fingers. New versions of the abacus were still being developed as late as the 20th century. In 1958, a manual was published by Lee Kai-chen for a new style of abacus he recently invented. It is made up of two abaci. The top is the ¼ style soroban and the bottom is the ⅖ Suanpan. He developed this hybrid version to help perform calculations of square and cubic roots. 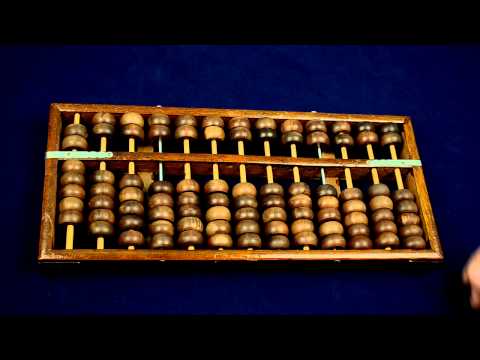 Click the video above to view an example how to use an abacus.