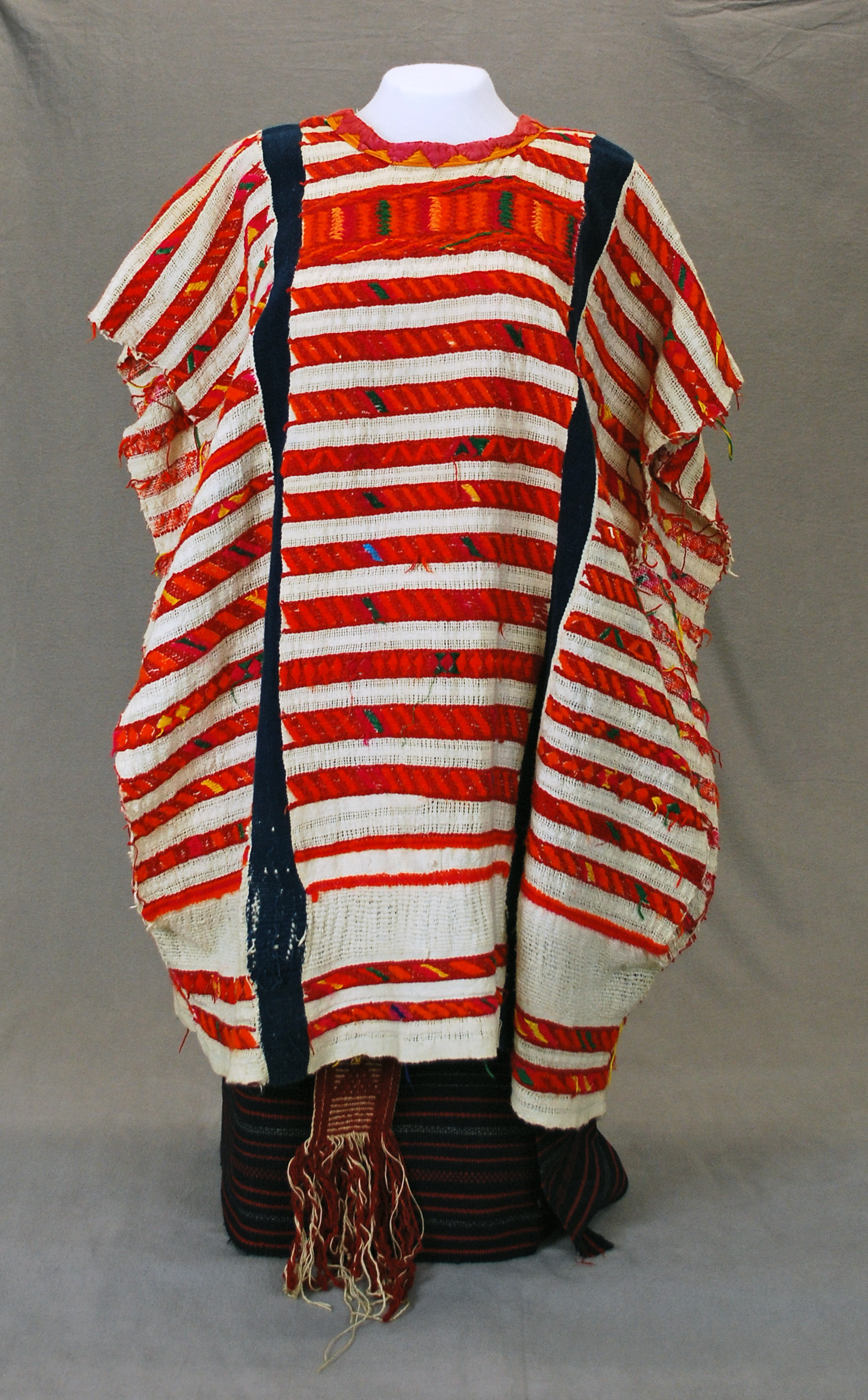 These three objects are clothing items from the Trique tribe of Oaxaca, Mexico. The first object is a belt called a soyate, the second is a tunic or shirt called a huipil, and the third is a wraparound skirt called an enredo. Each of these objects are handmade textiles from the village of San Andres Chicahuaxtla and have connections to past clothing traditions of the native peoples of Mexico. All together they create a complete outfit a young woman would wear.

Map via SIL International (formerly known as the Summer Institute of Linguistics).

There are five villages of Trique people in the mountainous region of southern Oaxaca, Mexico. The San Andres Chicahuaxtla, San Jose Xochixtlan, San Martin Itunyoso, Santo Domingo del Estado, and the San Juan Copala. Altogether, the population of the Trique is about 30,000-40,000 people. The Trique are descendants of native indigenous groups dating back thousands of years. Trique is not only their name but the name for the language which links the five villages together. Each village does have differences though and can be divided into the lowland and highland groups. The Trique continue to be a part of Oaxacan culture today.

The clothing items are from the San Andres Chicahuaxtla village. The huipil is the main item of clothing and has the biggest connection to the Trique cultural identity. Originally, the huipil and other clothing items would have been made of hand spun and dyed cotton. Because of the added work and materials needed for dyes, older huipils are mostly white in color. The main band of color was always present at chest level and went across the front and back of the huipil. The enredo is a knee-length skirt that would have been worn underneath the long, tunic-like huipil and held in place by the soyate. The soyate is wrapped at the top of the skirt and then tucked under itself to stay in place. Traditional dress also included brown wool shawls. The Trique women didn’t have foot or headwear though. Red, blue, white, black, and brown were the main colors used in their clothing.

The Trique are still around today and continue to make their clothing. Despite technological advances, the Trique have managed to keep their traditional art of weaving while incorporating manufactured textiles. This has allowed there to be more intricate and colorful creations. Without having to lose their culture and traditions, the Trique have found a way to benefit from modern society while remaining true to their traditions. However, lately they have been facing problems. Clashes between individual villages and the government have led to unrest and some Trique have been removed from their homes. Today indigenous communities, are faced with the threat of modern day governments and big businesses. [Briana Miano edited by Joscelynn Garcia]