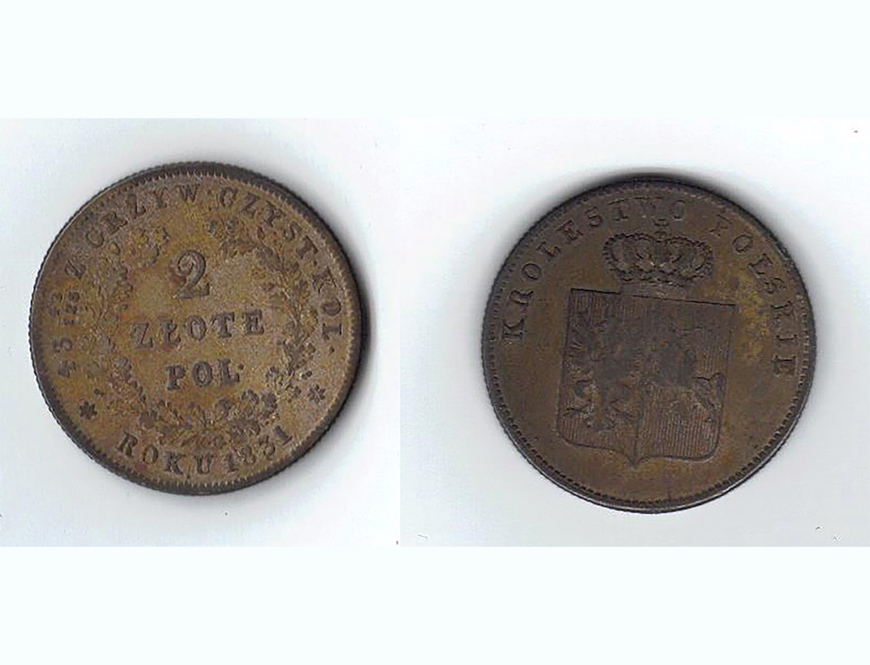 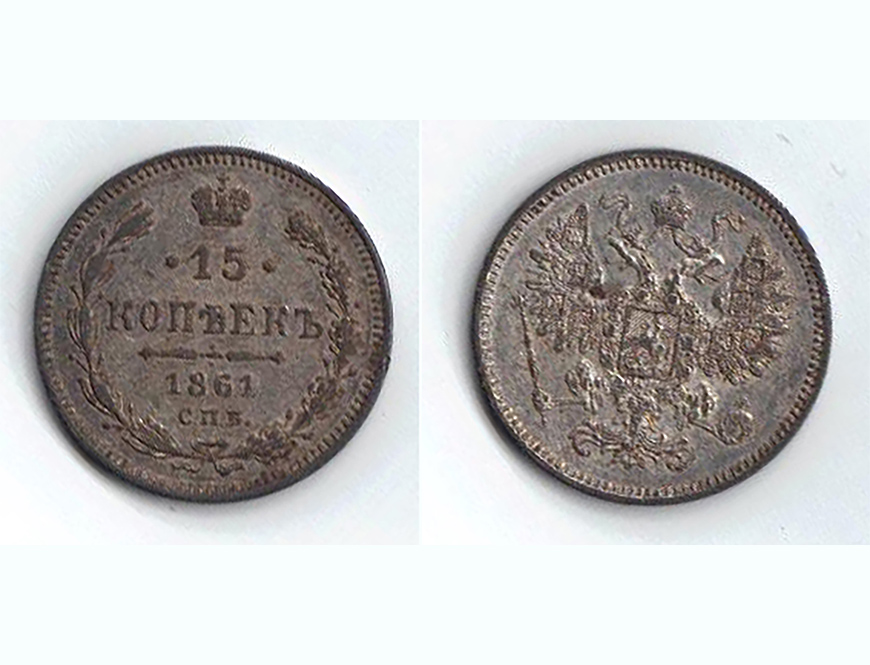 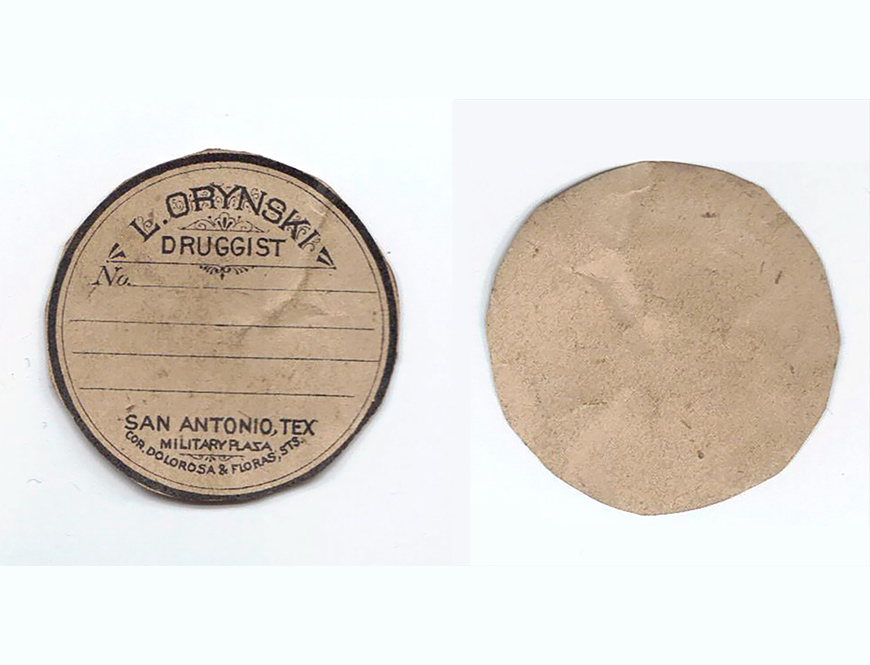 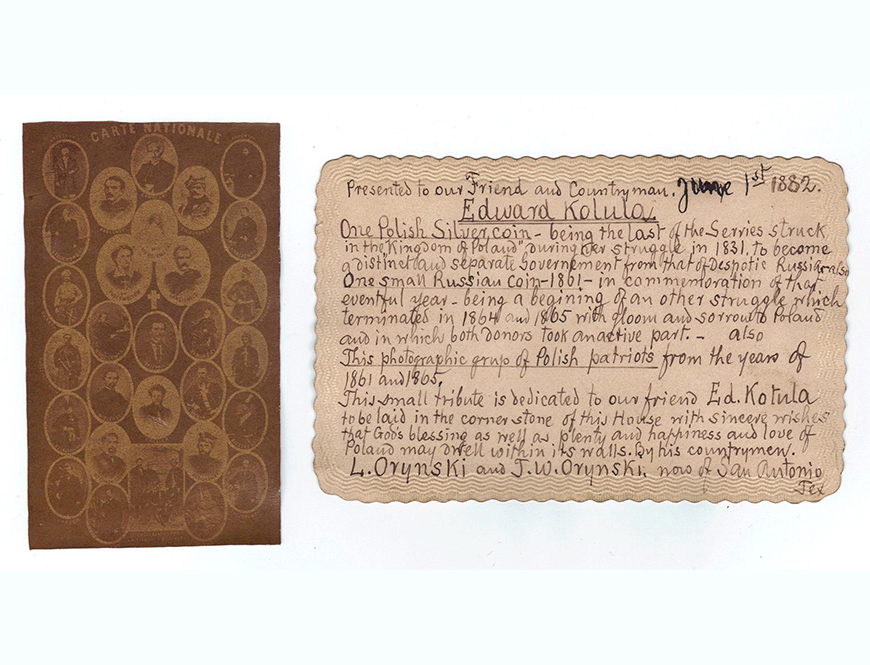 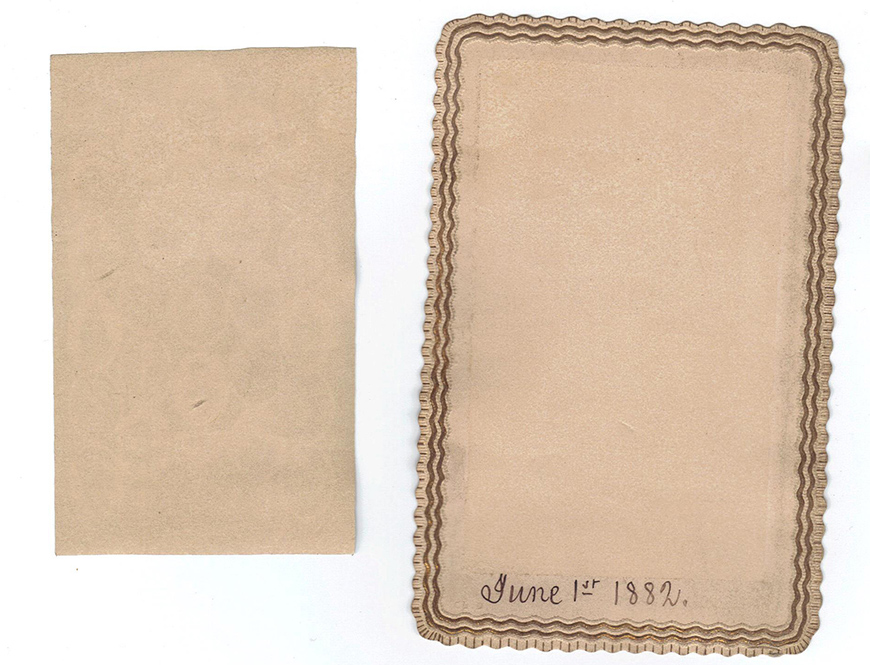 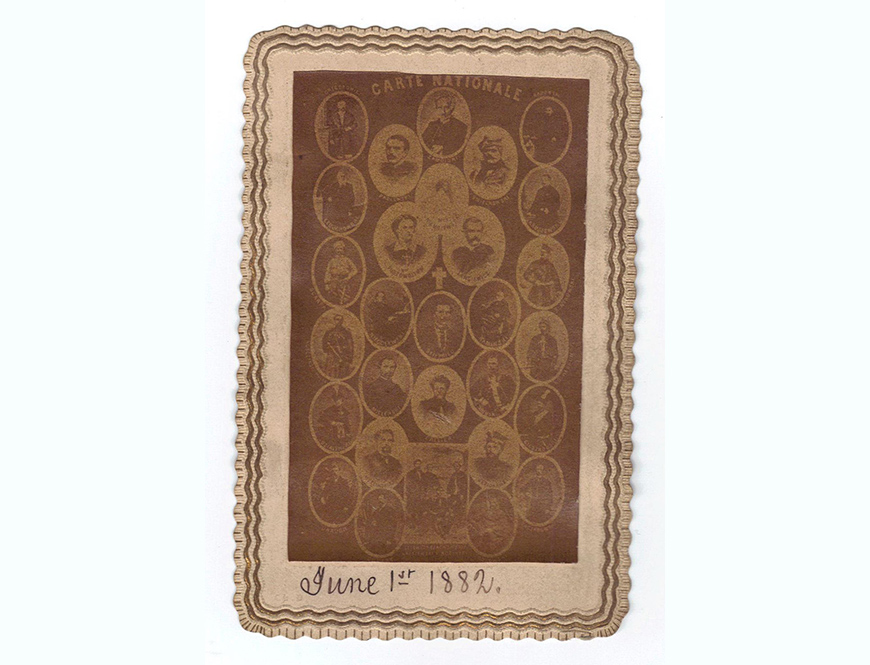 On June 1, 1882 a group of friends and family gathered at the laying of the foundation stone for the new home of Edward Kotula and his family. As a tribute to their friend a time capsule was placed in the home’s foundation with different tokens of respects and affection.

Edward Kotula was born somewhere in the Silesia region of Poland in 1844 and immigrated to the United States with his parents Carl and Elizabeth Kotula in 1854. They immigrated to Panna Maria, Texas, the first Polish settlement in North America. The Polish priest Rev. Father Moczygemba had picked the location, which was about 55 miles southeast of San Antonio. Within a year of moving to Texas, Carl Kotula died; it was shortly after that Edward, his mother and his other siblings moved to San Antonio in 1855. During his time in San Antonio, Edward was educated at St. Mary’s College. During the Civil War he was a mail carrier for the Confederacy  where he passed messages between San Antonio and Boerne, Texas and between San Antonio and Victoria, Texas.

After the war he got his first job in a merchandising store owned by two brothers, Daniel and Anton Oppenheimer. In January 1869 he branched out on his own and with the money he had saved and opened a small goods store at the corner of Alamo and Commerce St., which later became the San Antonio Liquor Company. His business prospered and he became business partners with the Oppenheimers until 1893 when Kotula bought them out. Edward married Wilhelmina Seng in San Antonio, Texas, on June 4, 1872. Edward invested in wool and his sales of wool reached half a million dollars annually, which today would equal about nine million dollars. Due to his success and investments in wool the nickname ‘Wool King of Texas’ was given to him.  When he eventually retired he purchased the Valenzuela Ranch, a 43,000 acre ranch in Webb and Dimmit County where he focused more on cattle, Durham’s and Herefords. Even after retirement however, Kotula was still very involved in the San Antonio community and he owned a large amount of valuable city property.

Due to his strong work ethic and standing within the San Antonio community, he gained the respect and friendship of other business men in the area. One such man was Leonard Wojomir Orynski, a Polish born businessman who owned L. Orynski & Co. Wholesale and Retail Druggists and Dispensing Pharmacist store on Military Plaza. Of the multiple items placed in Edward Kotula’s home the ones given to him by Leonard Orynski include one paper token from Orynski’s business, a commemorative card and two coins which directly relate to his and Kotula’s shared Polish heritage.

The commemorative card, with a personally written note by Leonard Orynski, features portraits of the rebel leaders from the January Insurrection (1863-1864) in Poland. The date on the 15 Kopeks Russian Empire silver coin also specifically relates to this uprising. The January Insurrection was a time of unrest in Poland after Russia lost the Crimean War. The rebellion gained support for the next three years mostly from students and the youth. In 1863 a call was made for a national insurrection. For the next two years guerrilla fighting broke out between the rebels and the Russian army. However, lack of foreign support and poor leadership within ranks caused a loss of momentum that lead to the rebellion’s downfall. In 1864 and ’65 the last of the remaining leaders were captured and executed.

The second coin is a Polish 2 zloty dated 1831 and created during the November Uprising in Poland (1830-1831). The uprising began in November when a Polish secret society of infantry cadets attempted, and failed, to assassinate the Grand Duke Constantine, commander of the armed forces of Poland, but successfully took over the northern section of Warsaw. However the Poles were outnumbered, and due to the lack of leadership and training, the Polish rebels surrendered the section of the city they had taken over in October of 1831. The revolutionary coinage of Poland, such as this item, was issued by the Polish government in 1831 and created by the mintmaster, the official in charge of the making of coins design, Karol Gronau. At the same time, Karol Gronau also oversaw the production of the Russian coinage which featured either Alexander I, the current emperor of Russia, or a double headed eagle on the obverse.