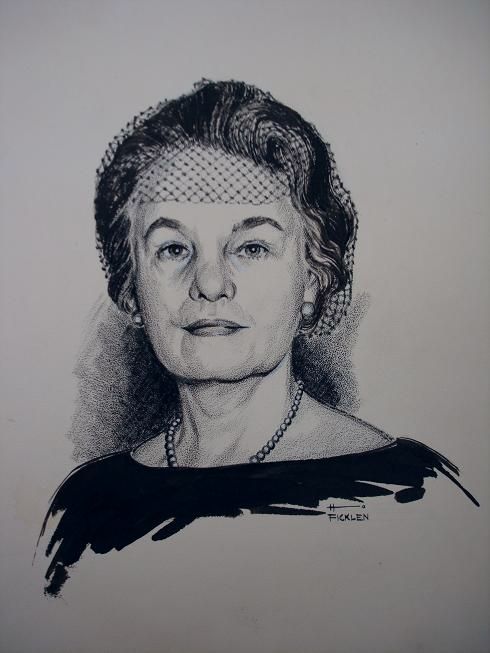 This is a pen and ink drawing of Oveta Culp Hobby by Jack “Herc” Ficklen (1911-1980) of the Dallas News. Jack was a political cartoonist for the paper, working at the Dallas News beginning in the 1930s. He left the paper during World War II, 1940-1945 to serve in the U.S. Army. After returning from the war, Dallas News hired him back. He continued to draw for them until his retirement in 1976. The majority of his work is editorial cartoons and political cartoons. He did however draw portraits of significant people of his time. 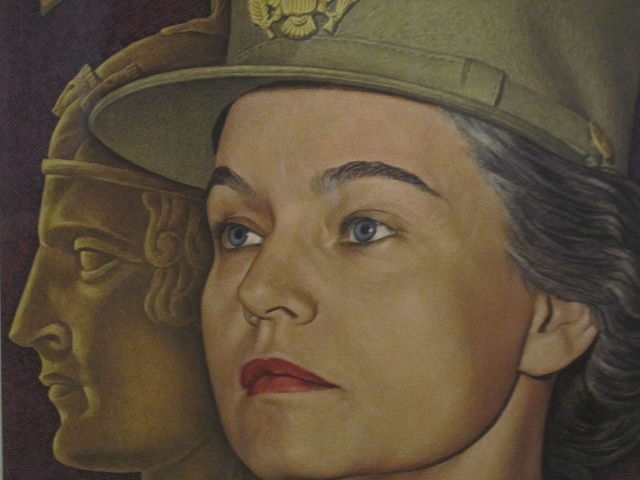 Oveta Culp Hobby (1905 – 1995) was a remarkable woman that was the chairperson of the board of the Houston Post; she has also been the first Secretary of the US Department of Health, Education and Welfare. This consequently made her the first female Secretary in the US Government. After graduating UT Law, she served as a parliamentarian in the legislature, showing a strong interest in politics. She was president of the local League of Women Voters. She married William P. Hobby, former governor of Texas and became a research editor at the Post. 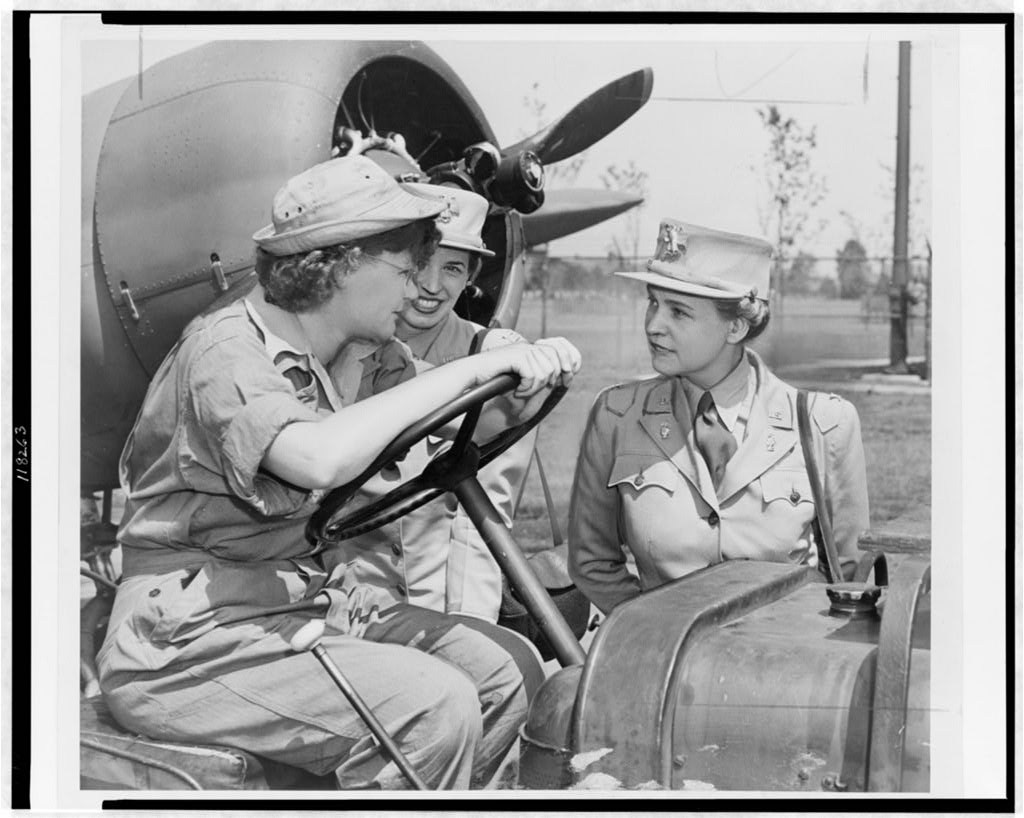 During World War II she was chosen to be the commanding officer for the Women’s Army Auxiliary Corps (WAACs, later Women’s Army Corps – WACs). Before the WAAC, the only women that served in the army were part of the Army Nurse Corps. She worked with Army departments to determine how many non-combatant roles women could perform as well as men and set up training and recruitment for women. Often she struggled with getting needs met for her recruits, though they were serving in the army, they weren’t regular army and accomplishing everything was often challenging and required a lot of negotiation. Even the military uniforms were a matter for debate. Some men were concerned that serving the military was not respectable employment for women, resulting in the need for a positive recruitment campaign. In this position, she rose to the rank of colonel and was the first woman to earn the Distinguished Service Medal.

Other branches of the military followed suit and gave rise to the Navy WAVES (Women Accepted for Volunteer Emergency Service), Coast Guard SPARS (a contraction of Semper Paratus – Always Ready) and Air Force WASPs (Women’s Air force Service Pilots) who happened to train in Sweetwater, Texas. Women serving in the military released thousands of men for combat duty, and both at home and in the military, learned fields previously closed to female employment and really changed public opinion of what women were professionally capable of. Though many women were then pushed back out of those positions as soldiers, sailors and pilots came back from the war, post-war America saw an increase in women who sought professional careers.

After the war, she returned to her home in Houston, working once again with the Houston Post, and working with her radio and TV stations, KPRC. She remained active in the press and in politics, as well as collaborating with a wide variety of groups on civil rights and social reforms. In 1953, she was chosen by President Eisenhower to be the first secretary of a new branch of government, the US Department of Health, Education and Welfare, overseeing a huge budget that funded a wide variety of social programs. In 1955, she returned to Houston to care for her husband and return once again to the Houston Post and spent the rest of her life working with a wide variety of agencies and organizations to promote various humanitarian goals.