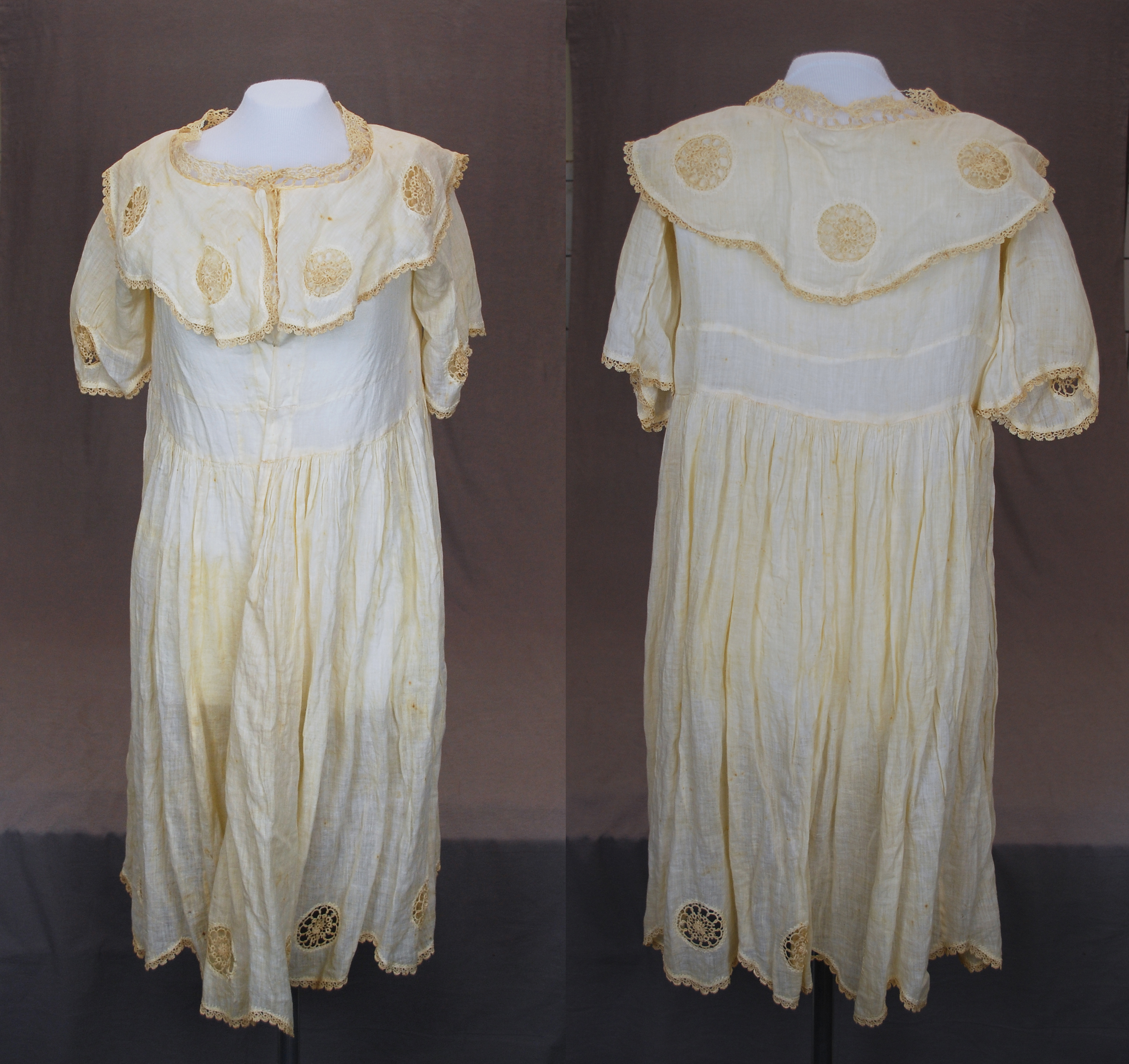 The edging and lace decorations on this dress are examples of the art of tatting. The art of tatting involves using a shuttle, or a needle, to create knots in fine thread to produce lace. The lace is created by tying knots over a base thread, with the patterns of double stitches and gaps (called picots) building a repeated pattern. These patterns of knots create beautiful lace that tends to be thicker and more durable than the lace created with bobbin lacing.

Little is known about the origins of tatting. It may have developed independently, or some sources claim, that it may have developed out of another thread based art called knotting. Meanwhile others claim it is related to net making and macramé, and say it dates back to before the 19th century. Regardless of its origins, by the early 19th century tatting was a very popular ladies pastime.

One of the most prominent and prolific writers in the 19th century on the topic of tatting was Eléonore Riego de la Branchardière. In the mid-19th century she published a number of works detailing the steps of creating a variety of tatting projects. Women would use tatting to embellish household items, aprons, and dresses, as well as make larger tatted pieces to cover furniture. Tatting requires little more than the shuttle and thread, and is easily portable, making it an excellent form of handiwork.

A look at tatting shuttles through time shows an astonishing variety of materials and construction. Upper class women of the 19th century would have had very elaborate shuttles, made of fine materials. However, simpler shuttles, of plain metal or bone were also common. Today tatting shuttles can be found in nearly any type of materials, even plastic, and are sometimes given away as promotional items from various companies.

Examples of tatting, along with demonstrations of how to tat, can also be seen  at the annual Texas Folklife Festival, held at the UTSA Institute of Texan Cultures.