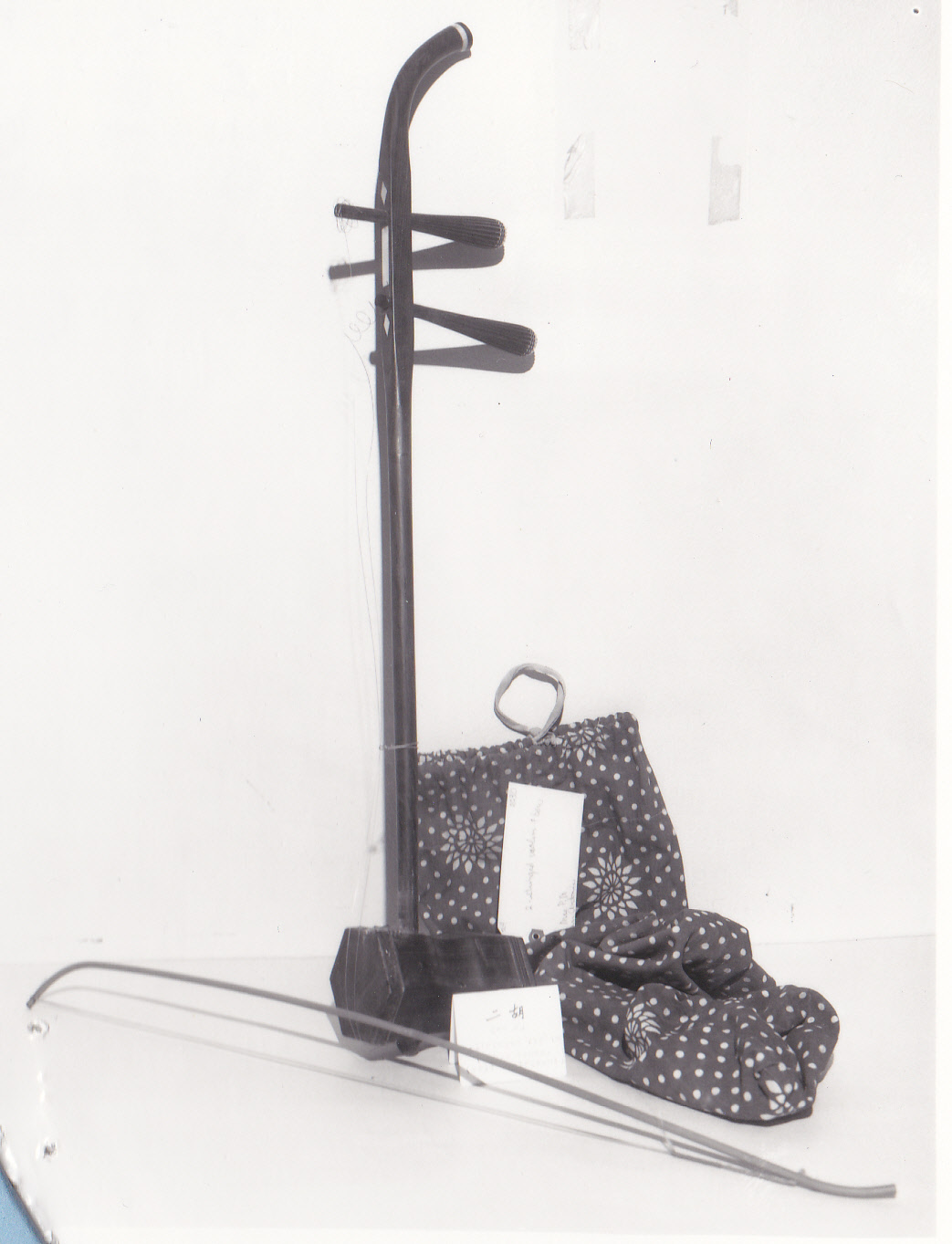 This instrument is called an erhu, a Chinese stringed musical instrument. This instrument is similar to a violin, as a bow is used to play the strings. The erhu is unique in how it only has two strings. The instrument is made with a wooden sound box connected to the neck. This sound box is usually made of bamboo and is covered on the front with python skin. The two strings are connected to the top of the neck, down to the bottom of the sound box. The strings of an erhu were traditionally made of silk, but in modern times the silk has been largely replaced by steel. The erhu is usually played from a seated position, with the sound box placed on the musicians legs and the neck held vertically. The musician holds the neck with their left hand and operates the bow with their right. Like most stringed instruments, the friction of the bow passing between the strings causes vibrations that are amplified by the sound box. In order to make different notes, the musician uses his or her fingers, along with a qianjin, or string capo, to change the tension on the strings. These adjustments along with the use of different bow techniques change the pitch of the sound.

The exact age of this erhu is unknown but it probably came to Texas through the Chinese immigrants that came to Texas during the late 19th century. Chinese immigrants first started coming to Texas in waves during the 1870s, hired as contract laborers who came to the United States through the immigration port in California. They were hired to work on the railroad lines being laid out in Texas, between major cities such as Houston and Dallas.

The erhu instrument became popular in China during the Song Dynasty (920-1279). China has had many different imperial dynasties throughout the centuries until 1912, when the last imperial dynasty, the Qing Dynasty collapsed. Over time the erhu has been given many different names. It was originally used for performances for the imperial courts, and as an accompaniment instrument in an orchestra. By the late 20th century, the erhu became popular for solo performances. The erhu is now commonly played with an accompaniment piano, another instrument, or a whole orchestra with the erhu as the main solo instrument. In modern-day China, the erhu is one of the most popular musical instruments.