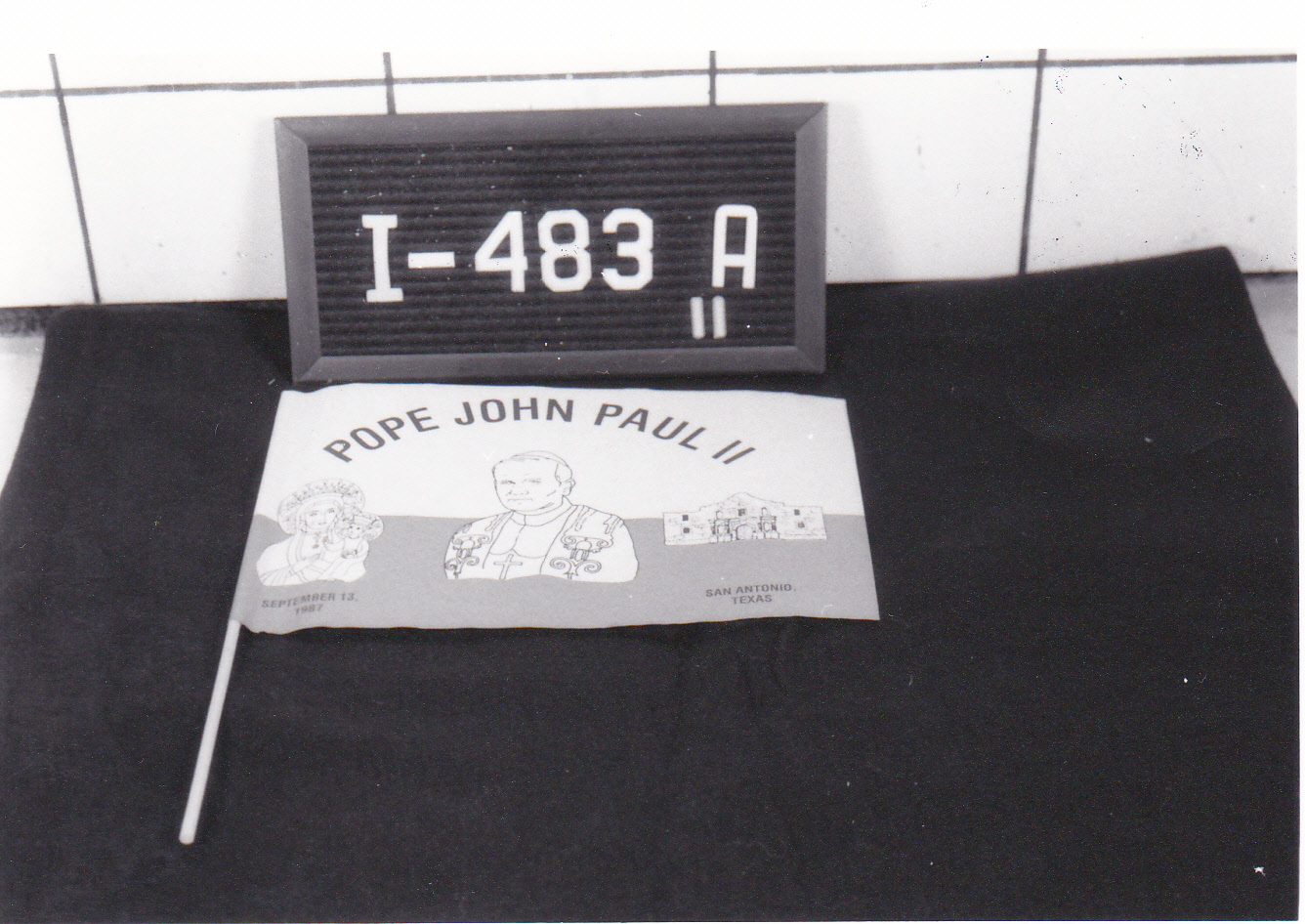 On September 13, 1987 John Paul II visited San Antonio. He held a private mass at the San Fernando Cathedral, during which he addressed the priesthood and those in training for religious congregations. The San Fernando Cathedral is the nation’s oldest cathedral sanctuary, having been founded in 1731 by settlers from the Canary Islands to defend against French incursions in the area. The cathedral has played a significant role in the history of San Antonio. Several battles were fought at the cathedral during the War for Mexican Independence. It was from the tower of the cathedral that General Antonio López de Santa Anna raised the flag of no quarter, showing no mercy by refusing to spare the lives of his opponent in the event of surrender. In 1874, San Antonio was named a diocese, elevating the church into a cathedral under the supervision of a Bishop. By 1926, the San Fernando Cathedral became an archdiocese presided over by an Archbishop. The San Fernando Cathedral now displays a statue of John Paul II and plaque that pays tribute to the Pope’s pastoral visit.

John Paul II held two public masses, during his time in San Antonio, at Westover Hills (the future site of Stevens High School). It is estimated that over 350,000 people attended the Pope’s public masses, creating a Texas record for the largest audience at an event. Devoted Catholics, adoring fans and curious spectators outfitted themselves with Pope related paraphernalia; they wore clothing and jewelry displaying the Pope’s image, held up posters adorned with religious passages, used “Popescopes” in hope of getting a better view of the Pope and waved flags made specifically to commemorate the occasion.

This commemorative flag has the image of John Paul II in its center. He is flanked by the Virgin Mary on his left and the Alamo on his right. The text, “Pope John Paul II” is displayed in an arch above the images. This flag would have been waved as John Paul II arrived in the Pope Mobile and walked up to the outdoor altar that was built specifically for the occasion. Many San Antonian’s commented on the renewal of mind and soul that they felt following the Pope’s services. John Paul II’s visit to San Antonio demonstrated the diversity of the Catholic Church as both individuals of immigrant and indigenous backgrounds gathered together, through a dialogue of interfaith, to celebrate the occasion. 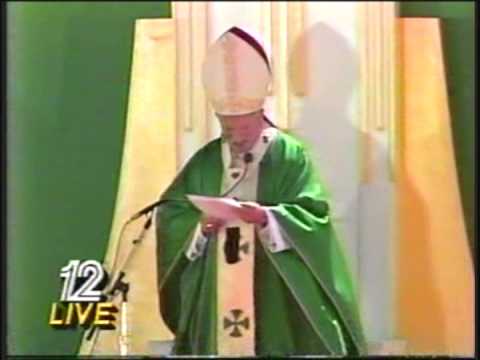 Click the video above to view part of Pope John Paul II’s visit to San Antonio.