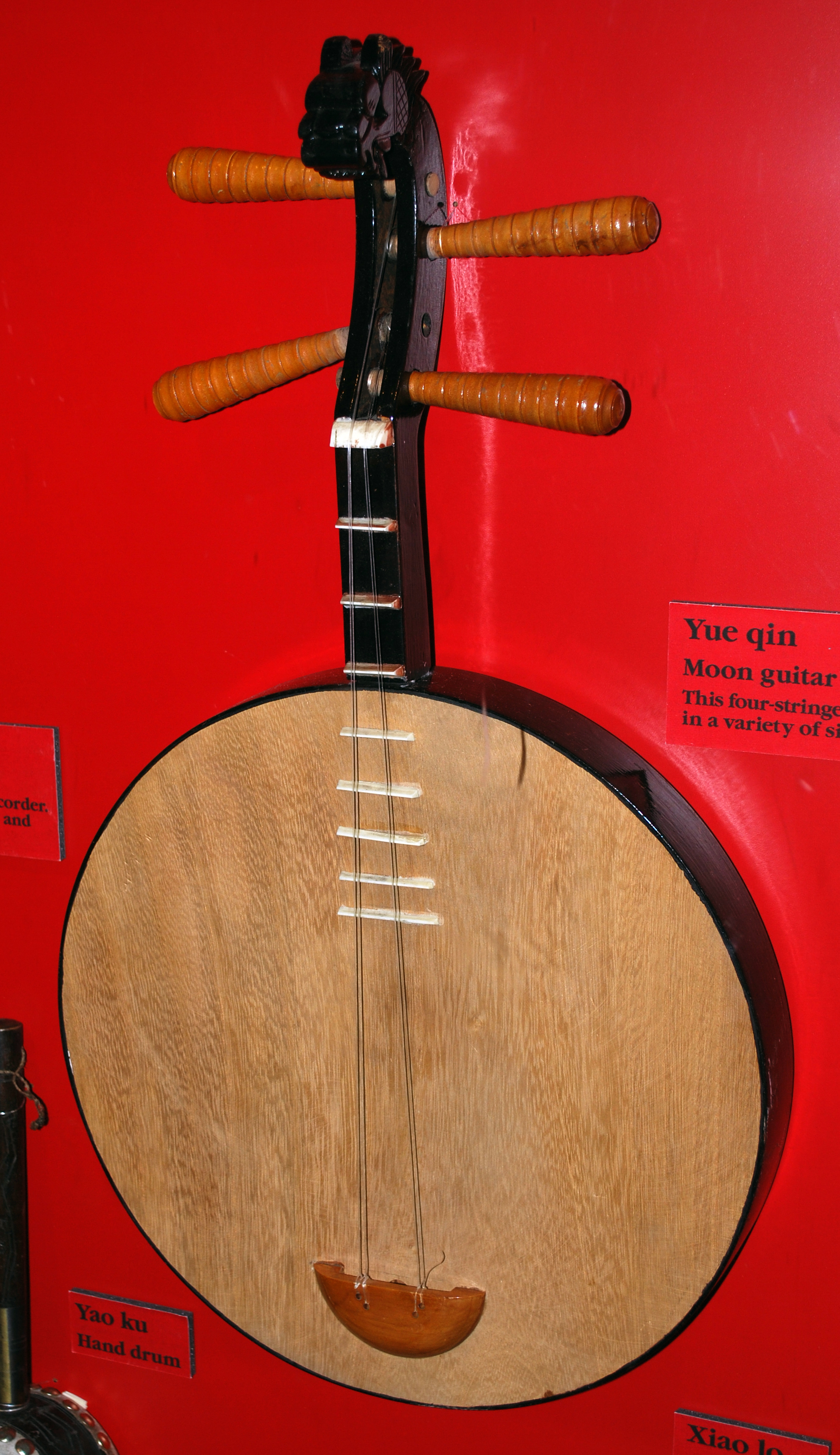 This unique 4 stringed instrument originated in China and is called a moon guitar, or yueqin, and is considered a Han Chinese lute. It gets its name from its large, hollow sound box and is believed to be a descendant of the ruan. Though it is called a guitar it is closer to a banjo in terms of how it is played. While it has fewer strings than a banjo it is plucked with a pick in the same way. Like almost all instruments from China it is not varnished, because varnish was believed to damage the sound. There are several other types of lute that are very similar to the yueqin and today it is almost exclusively used in Chinese operas, because it has many more frets than other types and a wider range of sound. Even today with “new” types of yueqin being introduced into the opera scene, the classical moon guitar is still a favorite among musicians.

Chinese opera was established during the Tang Dynasty (618-907) and is attributed to Emperor Xuanzong (685-762) who was a patron of the arts throughout his reign. The Chinese opera of today evolved from folk songs, dances, antimasque, and especially distinctive dialectical music. Gradually it combined music, art and literature into one performance on the stage, which resulted in the many opera forms that are practiced today.

There are two instrumental sections of the orchestra within a Chinese opera. The Wu section, which is composed of percussion instruments and the Wen section, which is made up of string and wind instruments. The Wu section plays mostly when there is military action on stage such as combat or battle scenes. The Wen section is where the moon guitar resides and like all instruments within this section it is used when singing beauties, scholars and so on are on stage.