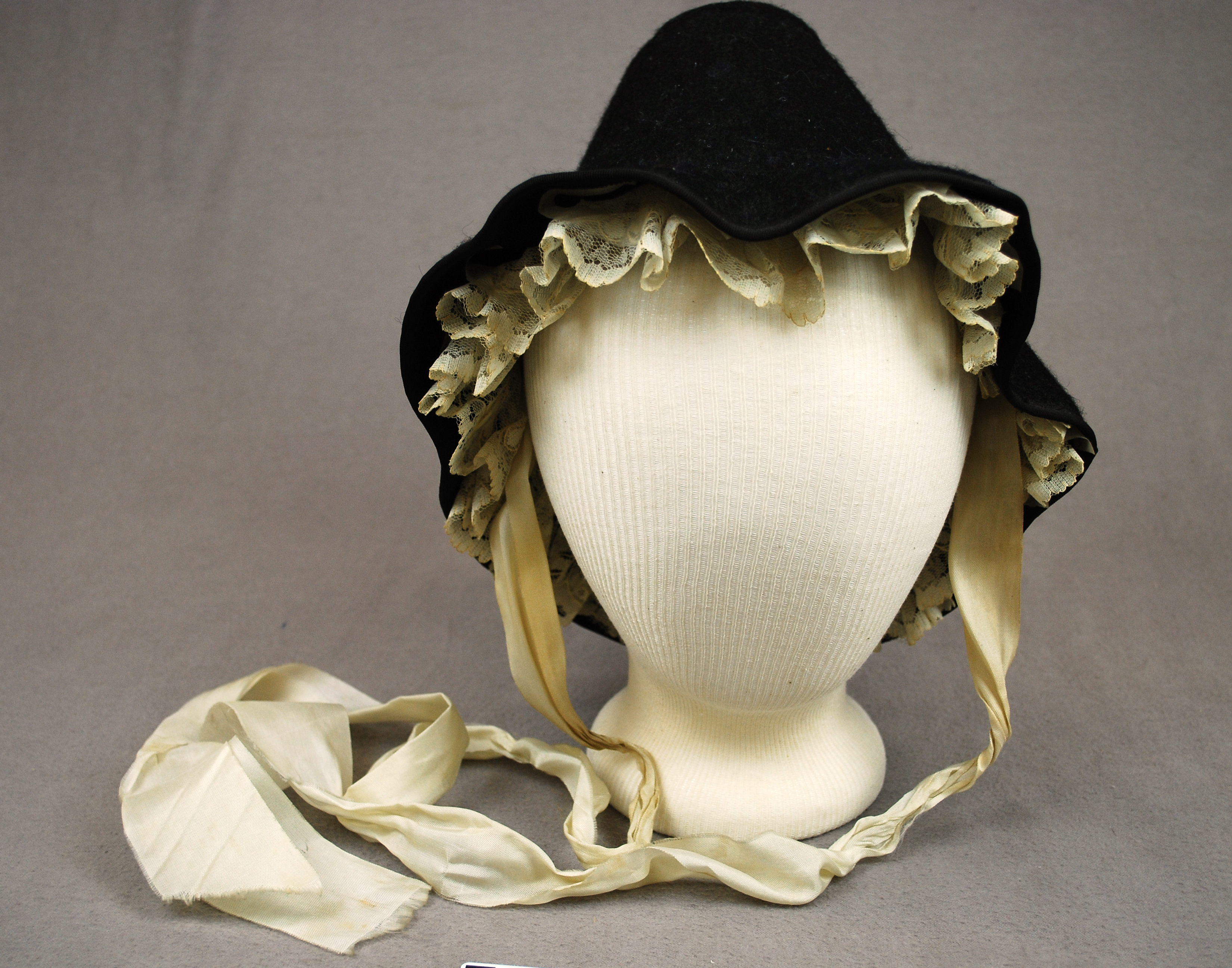 Wales is a country in Europe right next to England, on the southwest side of the island of Great Britain. Wales is home to the Welsh. Cardiff is the capital and largest city in Wales with just over 1,000,000 people living there. The official languages of Wales are English and Welsh, but by the 1990s only 25% of the population spoke Welsh. In certain areas of the country you may see large communities predominately speaking Welsh but, as the official language of the country it is being used less and less.

The tall black Welsh top hat has become part of the traditional image of Welsh women’s dress, but how traditional is it? The tall felt top hat has become iconic. When something is iconic it means that it is widely known or recognized, like the big golden arches of McDonald’s. Long red plaid skirts, top hats and shawls were thought to be outfits commonly worn by working women in the countryside. Their top hats stood out, as they were more commonly seen on men, but the Welsh women wore them too, as costumes. That’s right, this national dress worn in the image to the right, is a costume.

During the early 19th Century a dignitary’s wife by the name of Lady Llanover began to devote her time and efforts to maintaining and developing Welsh tradition. These efforts included inventing and illustrating “Welsh costumes” for many regions of Wales. It is said that all those who worked at or visited her home were required to wear the Welsh costume. Lady Llanover was on a mission to preserve Welsh literature, art and language. Building an iconic Welsh costume developed an identity that would be recognized internationally for many years to come.

There is a special day each year where you might find some Welsh women out in their national costumes and that is on St. David’s Day, a well-celebrated holiday in Wales. Saint David set off in his younger years on a pilgrimage, and made his way from Wales all the way to Jerusalem. After his return to Wales he was recognized as a great religious leader, spreading the Gospel to many of the Welsh. In 1120 the Catholic Church officially recognized him as a saint, and thus Wales established St. David’s Day. The Welsh celebrate his life and his message on March 1st each year.

Lady Llanover’s mission to build up Welsh tradition and preserve art, literature and language was a success. Wales hosts an annual festival to honor and showcase Welsh literature, music, dance and theater. This festival is known as Eisteddfodau (Eisteddafod). It is the only other time of the year where you might commonly spot a woman out in her top hat. The preservation of culture and language is a significant undertaking for many nations of the world today. It takes an entire, community, nation, country and really the world to help maintain the culture of a people.

The folk image that the Welsh maintain, and that Lady Llanover made iconic, was one of the many ways the Welsh chose to preserve their culture. Folklife is a shared group identity, this identity can be based around something as simple as a costume or it can be centered on a shared saying or expression, like our National Anthem. The Eisteddfodau festival showcases Welsh folklife through performances, galleries, food and more. It is about what the Welsh, as a group, believe, do, know, make and say. UTSA Institute of Texan Cultures celebrates the cultural identities of many different immigrant groups at its annual Texas Folklife Festival, a festival to educate and intrigue many about the various cultures that built Texas and its identity.

— By Trisha Taylor. Edited by Jennifer McPhail.
Additional Resources
Back To Collection Blog
Join Our Newsletter!
Get the latest news & updates about ITC.
Sign-Up Today!