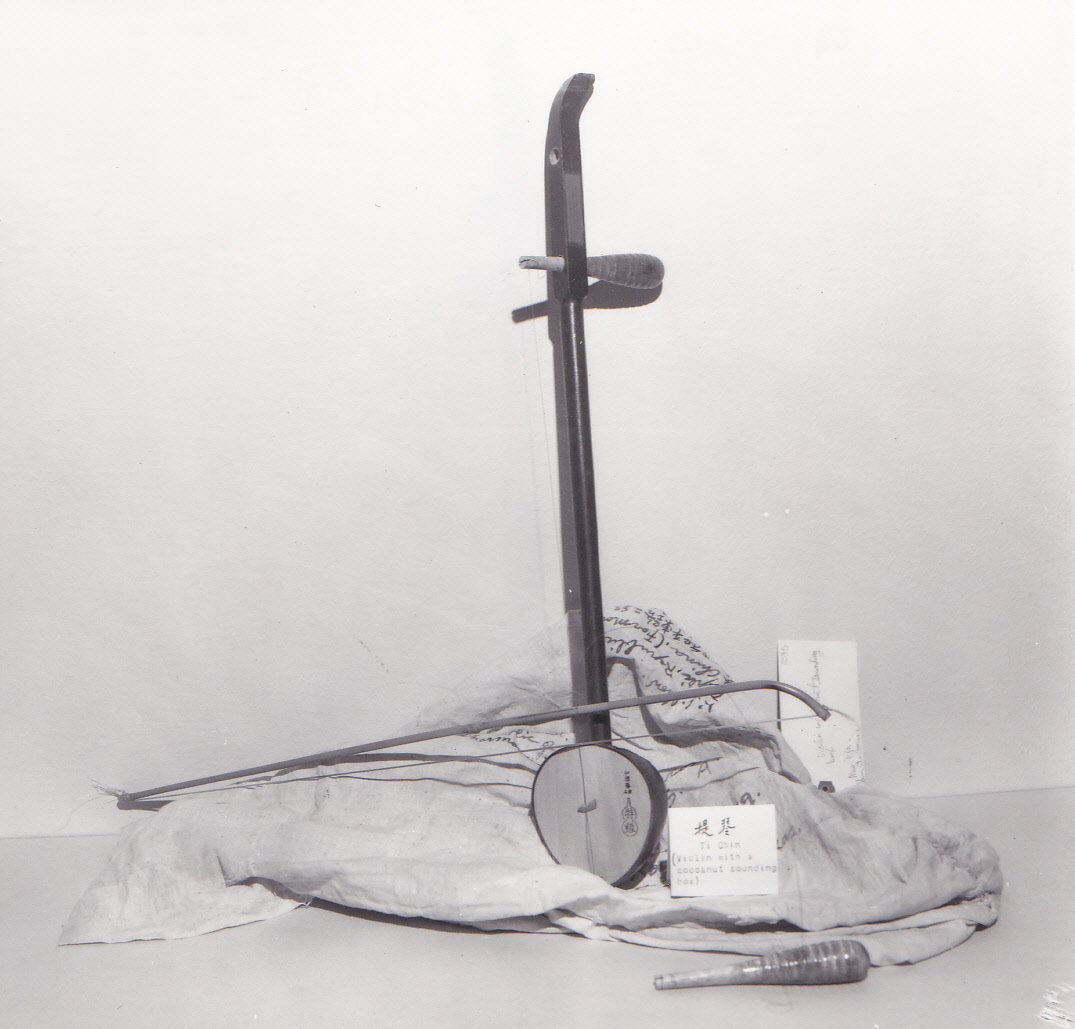 You can see people playing this instrument at Asian Festivals or in the Chinese orchestra where the erhu is usually a solo instrument. A higher-pitched version of the Huqin or “Hu-Chin,” with a smaller resonator surface and shorter post is called the gaohu, or nanhu. A larger, lower-pitched version of the erhu is called zhonghu. All three sizes are valuable members of the orchestra. [Marisol Martinez, edited by Kathryn McCloud]