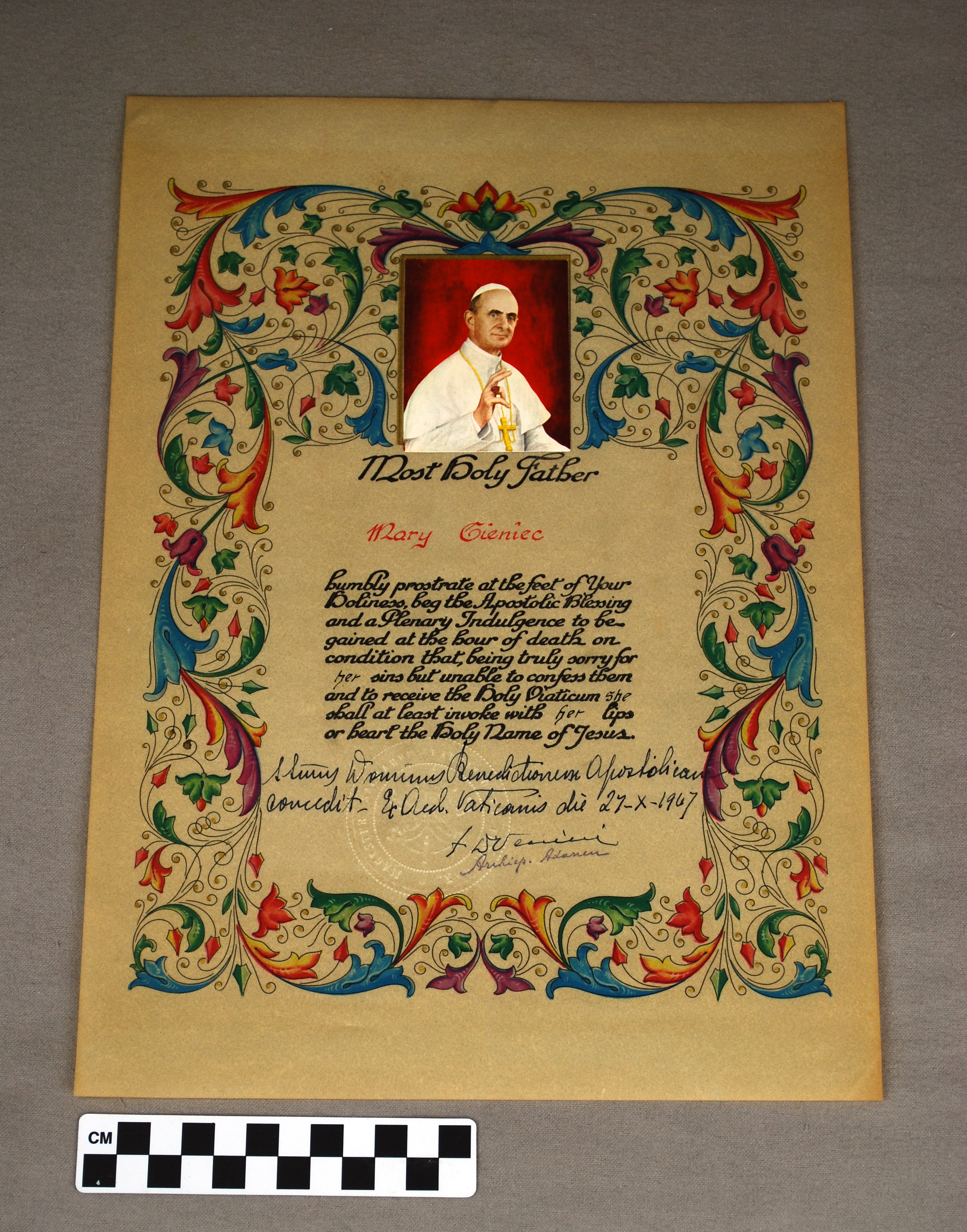 Dante between Purgatory and Florence by Domenico di Michelino, 1465.
Image via Wikimedia Commons.

This object is a plenary indulgence, which is a religious document used by the Catholic church. Indulgences are used to grant the forgiveness of sins without having to do penance for them or be punished by spending time in purgatory. In the Catholic belief system, purgatory is where a person’s soul goes after death to be cleansed of its sins and prepared to enter heaven. This cleansing process is usually thought to involve being punished for any sins the person committed while alive. The most famous description of purgatory was written by Dante in his Divine Comedy. Dante described it as an island mountain, and divided it into three sections, Ante-purgatory, Purgatory proper, and the Earthly Paradise. Ante-purgatory was located on the lower slopes of the mountain, and was essentially a waiting area for souls who have yet to enter the punishment area of purgatory. The upper part of the mountain consists of seven terraces, each of which corresponds to one of the seven capital sins (popularly known today as the “seven deadly sins”). Eden, Dante’s Earthly Paradise is found at the very top of the mountain.

There are two types of indulgences. These are partial or plenary, meaning complete or absolute. The difference between these two forms is in how much punishment in purgatory they forgave you for. These were given by bishops and church officials starting in the 11th and 12th centuries. These documents have a long history and have a large importance for the church and it’s members.

Indulgences have stirred controversy in the past however. Some felt that the church needed to reform and indulgences were at the top of the list. In the Ninety Five Theses, Martin Luther criticized catholic doctrine of the time, and in particular, the way indulgences were used. These criticisms would add fuel to a fire that had been strengthening for centuries. While the Protestant Reformation happens soon after Luther’s theses were published, earlier events show that the desire for reform in the Catholic church was not a new concept. The religious movements among the Waldensians, Hussites, as well as the Lollards were all challenges to the Catholic system long before Luther. 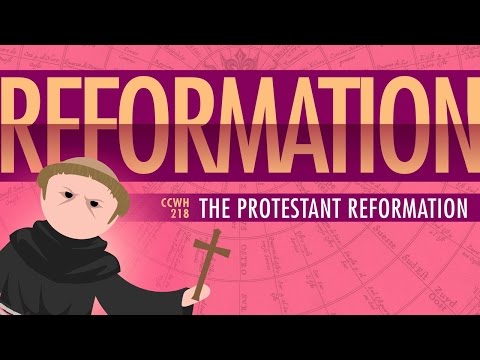 Click the video above to view ‘Luther and the Protestant Reformation’ via Crash Course World History.