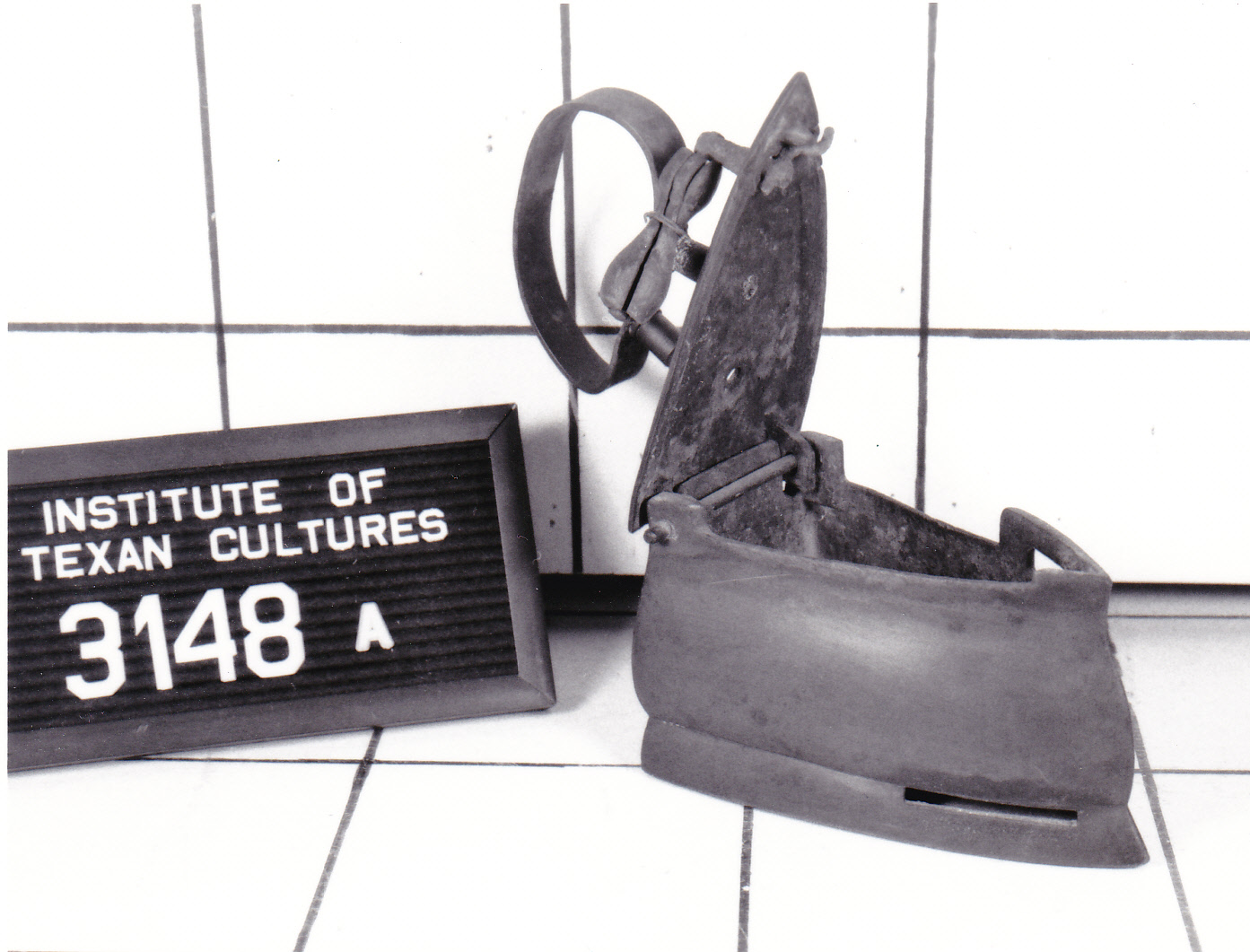 Between the charcoal iron and the sad iron, the sad iron was preferred, because although the charcoal iron was easier to use, it produced a lot of smoke from the coals. The sad iron had its faults too. For one it was not easy to use. It was solid piece of metal with an attached metal handle, meaning that the handle would also heat up. To keep from burning your hands a cloth pad, like a pot holder, had to be wrapped around the handle. The iron would also cool down fast, which meant that you would have to wait for it to reheat, or you would need to have two for continuous ironing; one heating up while you ironed with the other. But around 1870 Mary Florence Potts of Ottumwa, Iowa made an iron with a detachable handle and a base with two points. This made it easier to handle without burning your hands and made it possible to move the iron back and forth without having to pick it up. [Illa Bennett, edited by Kathryn S. McCloud]

Martin, Andrew. How to Get Things Really Flat: [a Man’s Guide to Ironing, Dusting and Other Household Arts]. London: Short Books, 2009.

Rankin, Margaret Cuthbert. The Art and Practice of Laundry Work: For Students and Teachers. London: Blackie, 1905.