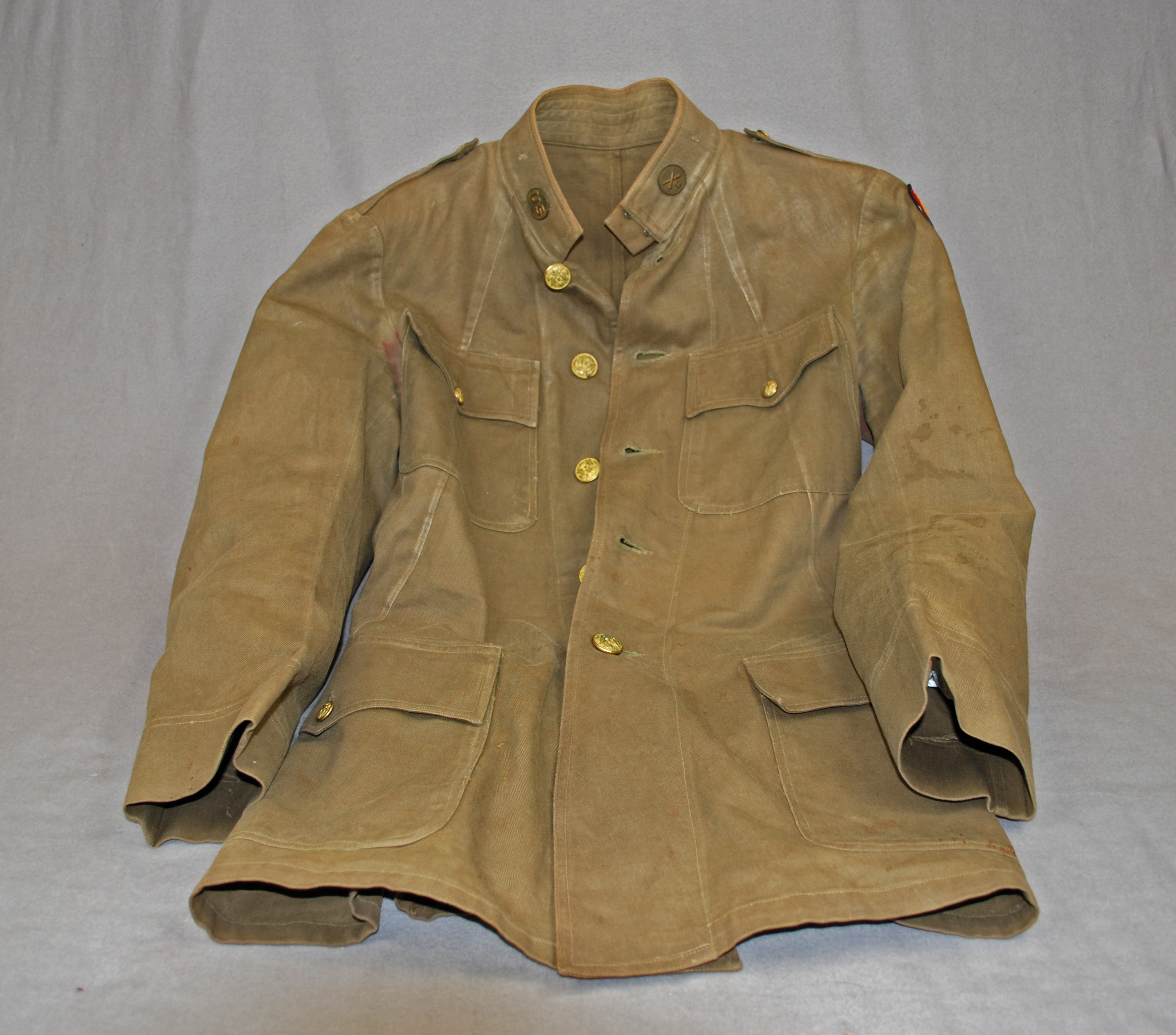 This object is a uniform consisting of a jacket and pants from the United States Army. Army uniforms have gone through many changes over the years. This particular uniform style was originally used in World War I, but during World War II a different style of uniform was in use. Due to a shortage of the newer style, many WWI surplus uniforms were issued to soldiers at the beginning of WWII. This seems to be the case with this particular uniform since the patch on it is from a WWII Division.

The 19th Infantry Regiment was first organized 1861 but has since been reorganized, combined with others, and had many changes of assignment. During WWII they participated in the Pacific Theater of the war and one of their assignments was with the 24th Infantry Division. Divisions are large groups of soldiers, made up of several brigades or regiments. This division was also known as the Hawaiian Division during WWII. Later divisions also were formed from the Hawaiian Division such as the 25th Infantry Division which was able to defend Hawaii during World War II.

The patch design that the Hawaiian Division used is a taro leaf in the center with a red background and a black border around the circular patch. The taro leaf is a very important plant in the history of Hawaii and other Pacific Islands. The taro leaf was part of the economic, political, and religious history of Hawaii as well as a dietary staple. At one time there were up to 300 different varieties of taro that were harvested on the Hawaiian islands, the crop was the preferred food source over the sweet potato even though taro required more effort to grow.

Hawaii became a part of the United States, first as a territory in 1898, and then as a state in 1959. Many changes have taken place since receiving statehood. Tourism has greatly expanded as over-sea Pacific travel has become more accessible and affordable. The appearance of the islands began to change as the buildings and activities required to support this tourism rapidly expanded. Even still, the cultural awareness of Hawaiians and other Polynesians has heightened both on and off the islands.

On the islands there are different opportunities for traditional Hawaiian beliefs, practices, and ceremonies to be performed for both entertainment and education. Some Hawaiians have also moved off of the island, to the mainland, bringing their culture and traditions with them. Even in Texas there are Hawaiians that seek to maintain and share their culture through organizations such as the Texas Hawaiian Civic Club.