For many centuries in Japan the traditional style of dress was the square-cut body and sleeves of the kimono, which translates to ‘thing to wear’. It is believed the Japanese got the inspiration for this dress from the Chinese during the 8th century. However, it was during the Heian Dynasty (794-1185) that the Japanese began moving away from the Chinese styles and began to make their own dress style. During the Kamakura period (1185-1333) the samurai became the ruling class of Japan and simpler designs were used. However, towards the end of this period the demand for more luxurious textiles grew and large designs such as horses, birds and other pictures began appearing on commoners dresses. Textiles and designs continued to improve but it was during the Momoyama (1573–1615) and Edo (1615-1868) period that the kimonos design reached its peak.

But why would the Japanese immigrate to Texas in the first place? In 1900 there were only 13 Japanese living in Texas. During this time rice farming was virtually nonexistent so Texas made it known that rice farmers would be welcome. By 1910 there were 312 Japanese living in Texas and almost 80% of them were cultivating rice in areas such as Houston and Beaumont and by 1930 those numbers had grown to 519. However, when World War II happened the Japanese population decreased due to hostilities and distrust from Americans. During this difficult time internment camps, also called relocation camps, where built and many Japanese were held in these camps until the end of the war. However, after the war Japanese slowly began to move back to Texas and by 1980 the population of Japanese in Texas had grown to 10,502.

So why, when immigrating to Texas, would a person from Japan bring something like a kimono with them? While some immigrants would have sold their kimonos or the reused the fabrics, many were brought and kept for sentimental value. The Japanese are a proud culture with a rich heritage and the kimono is part of that history. The kimonos brought over were and still are a reminder of who they are and where they have come from. 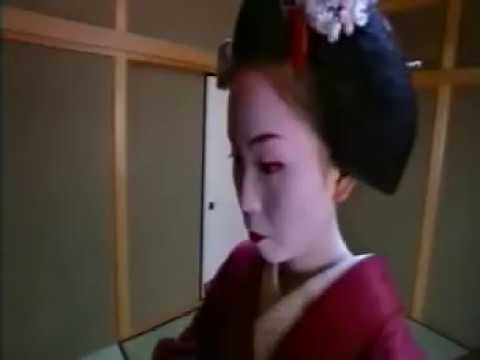 Click the video above to view a Geisha being dressed in a kimono.

— By Carlise Ferguson. Edited by Jennifer McPhail.
Additional Resources
Back To Collection Blog
Join Our Newsletter!
Get the latest news & updates about ITC.
Sign-Up Today!