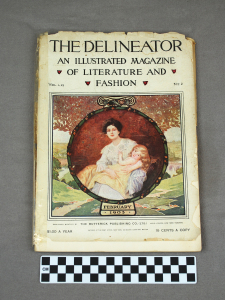 The cover of Delineator Magazine, June 1922 via Wikimedia Commons