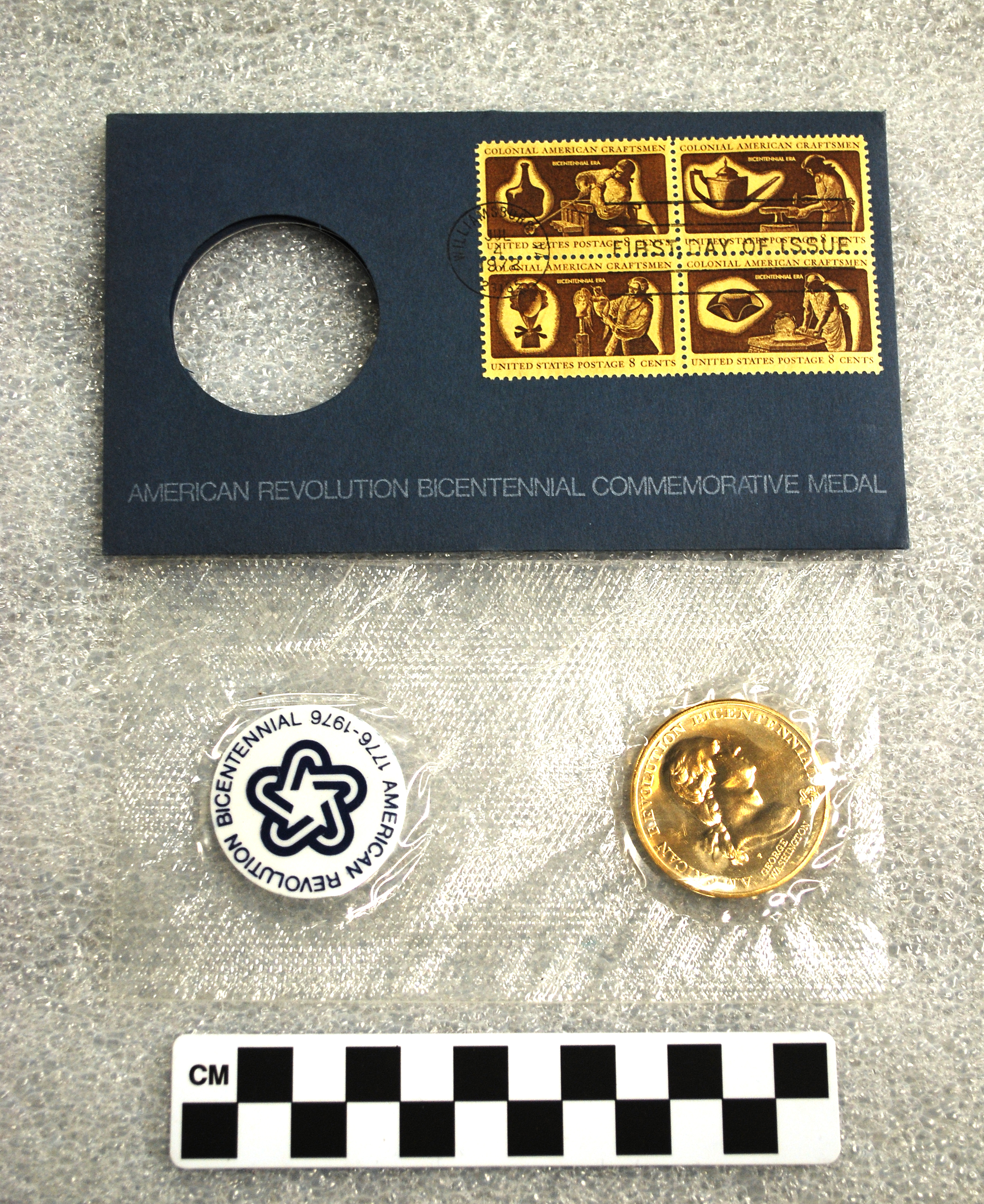 This object is a commemorative medallion issued by the United States Department of the Treasury in honor of the Bicentennial of the American Revolutionary War. The front side of the medallion shows a profile of George Washington and the other side shows an image of the “Liberty Tree.” The medallion was issued with two information cards and another medallion inside an envelope that had four commemorative stamps on the front. The second medallion is made of plastic and shows the official logo of the American Revolution Bicentennial.

Statue of Washington created by Houdon. Image via History.org

The profile of George Washington shown on the medallion is based off of a statue that was erected in Richmond, Virginia on May 14, 1796. The statue was sculpted by Jean Antoine Houdon. Houdon was a very accomplished sculptor from France who also created sculpted busts of Benjamin Franklin and Thomas Jefferson. Houdon made a life cast of Washington’s head, neck, and shoulders; these were the only life casts ever made of Washington. The casts were used to create the statue of Washington and were also used as a reference to design the profile of Washington for this medallion.

Collage of Sons of Liberty members via: Wikimedia Commons

On the reverse side of the medallion is an image of of a tree with “Sons of Liberty” above it and a small emblem on either side of the trunk of the tree. The tree is a representation of the Liberty Tree which was a symbol used by the “Sons of Liberty.” The Sons of Liberty was an anti-British political group formed during the Stamp Act crisis in 1765. The Stamp Act was one of the British Parliament‘s first attempts to assert authority over the American Colonies. It was a tax that was designed to help the British raise funds to help pay off their national debt after The Seven Years’ War, also known as the French and Indian War (1754-1763) in the United States. The Sons consisted of shop owners and artisans who were affected by the Stamp Act and who decided to retaliate against it. There was a Sons of Liberty group in every colony by the beginning of the Revolutionary War. The emblem on the left side of the tree on the medallion is the stamp representing the tax of two-shilling and six-pence. On the right side is a flag with the slogan “Join or Die” which was first used during the French and Indian War to suggest that if the colonies did not fight they would be destroyed by the French. When the slogan started being used during the Revolutionary War it was meant that if the colonies did not join together and fight the British they would never be able to gain their independence.

There are four stamps on the front of the envelope and each one has a different craftsman on it. Many of these craftsmen would likely have been members of the Sons of Liberty. The four that are shown on this envelope are the Glass Blower, the Hatter, the Wigmaker, and the Silversmith.

Below is a short demonstration video of how silversmithing would have been done during colonial times. 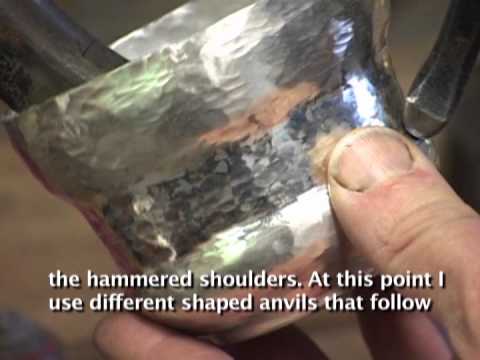 Click the video above to view the ‘American Colonial Silversmith Demonstration’.