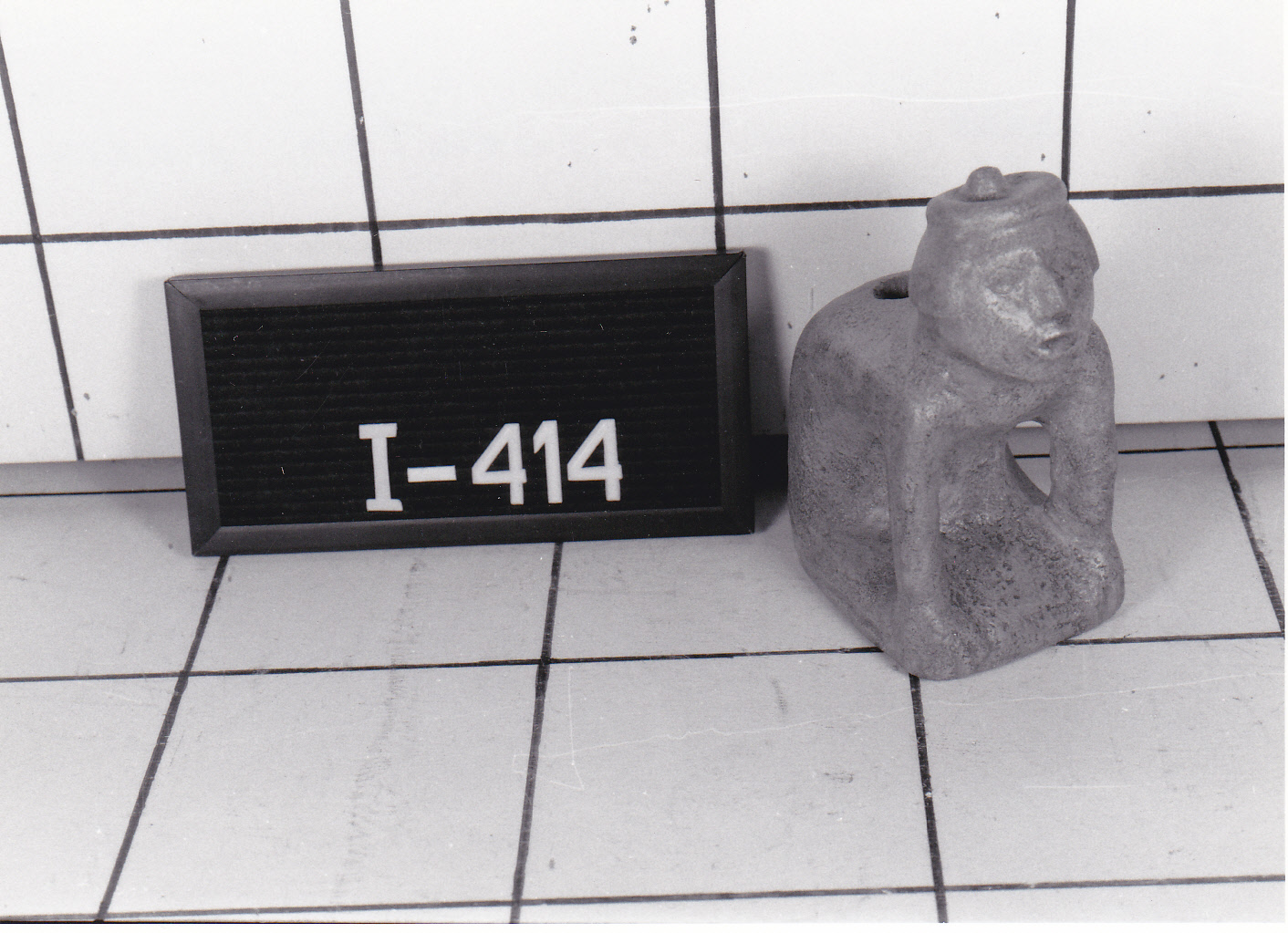 This item is a modern reproduction of a Caddo effigy pipe. Effigies are a type of vessel or small sculpture that has been made to resemble a human or animal. It is common to see effigies in the form of pipes like this one and even bowls, plates, or other small vessels. Effigies are not limited to just the Caddo, they are seen all over the world, even today. The Caddo is a group of Native Americans who resided in northeastern Texas, northwestern Louisiana, southwestern Arkansas, eastern Oklahoma, and stretched up to parts of Missouri at one point in time.

The Caddo are considered to be a part of the Mississippian culture group. This group is defined by a time period called the Mississippian Period. This period was the last stage of Prehistoric America and lasted from 800 AD to 1600 AD. The group is labeled together by similar traits in culture, economics, language, and politics. Some of these traits included material culture such as pottery and vessels like the Caddo pipe effigy. The Mississippians were well known for being Mound Builders. These mounds were large platforms made with soil which are found in many areas of the southeastern United States. The reasons for building these mounds varied from tribe to tribe, the functions however, they were usually used to show political power or for use in religious ceremonies.

The Caddo tribes were one of the groups who participated in mound building. Here in Texas we have several examples of mound construction. These mounds tell us about the Caddo’s political and social order. In these many of these mounds, scientists have found human burials along with ceramics, shells, copper and other material items. This might suggest these people were of a special social or political class, within Caddo society.

These mounds also provide us with important examples of Caddo pottery and other ceramics, such as the effigy pipe. This type of artwork helps archaeologists identify cultural groups, their territories and establish time periods, such as the Mississippian. Based on archaeological findings, we now know that the Caddo would make different jars, bowls, bottles, and other storage items for ceremonial use and a utilitarian type of bowls and jars for everyday activities. Both types had engraving, incising, and/or stamping for decoration. Decoration usually included a series of vertical and horizontal lines or geometric shapes. These lines and shapes changed over time, giving archaeologists a way create timelines and date objects.

Mounds have also provide us with important information about ancient Caddo housing. Archaeologists have found evidence that some houses were built on top of many of these mounds. They have found that Texas Caddo houses tended to be shaped like a cone. The frame of the house was made of wood, and  then covered with grasses. In the middle of the house a single pole supported the weight of the roof. Sometimes these houses had entryways, which help to identify the front and inside many of these houses were fire-pits.