Object: Retablo (The Virgin of Guadalupe) 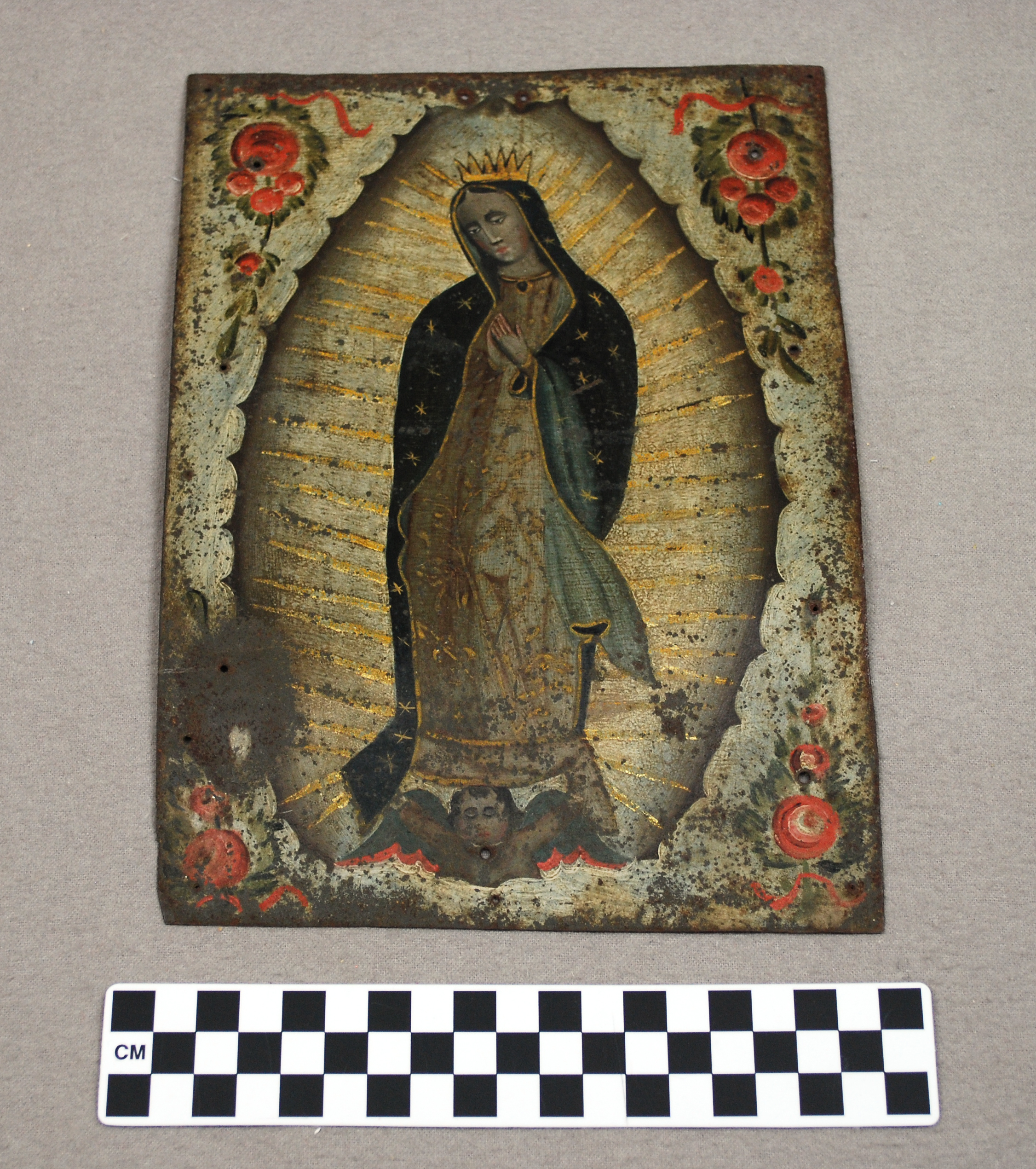 This object is a painting of the Virgin of Guadalupe on a tin surface. This type of painting is also called a retablo. A retablo also referred to as laminas in Mexico, are small paintings on tin, zinc, wood or copper which venerate a number of Catholic saints. Retablos are a type of folk art that was at the heart and soul of traditional religious beliefs in 17th 18th and 19th century Mexican culture. The retablo became popular after the conquest of Mexico and during the last quarter of the 19th century as a result of tin being so affordable. Retablos are usually displayed in people’s homes.

The Basilica of Guadalupe located in Mexico City. Image from sancta.org.

The Virgin of Guadalupe is a major religious and cultural symbol in Mexico but is also celebrated in other parts of the world. Although, she is known by different titles she is most commonly recognized as the Virgin Mary. The name Virgin of Guadalupe is the title of Mary most commonly associated with the image of the Blessed Mother housed in the Basilica of Our Lady of Guadalupe in Mexico City. The Virgin is often called “la morenita” because she is depicted with brown skin.

The story of the Virgin of Guadalupe is as follows. On December 9th 1531 an indigenous man was passing through the Tepeyac Hill, now a suburb of Mexico City, when a woman appeared to him claiming to be the Virgin Mary, mother of the true God. The man’s name was Juan Diego and he was a recent convert to Christianity. The woman instructed him to have the Bishop build a shrine in the place where she had appeared. When Juan Diego told the Bishop he was unconvinced and demanded proof or a sign the Virgin Mary had in fact appeared. On his way to get a healer for his uncle, Juan Diego was visited by Mary again and this time was instructed to collect flowers from the hill, as this would be the proof the Bishop was looking for. Typically flowers did not grow on the rocky hill and Juan Diego was surprised when he found Castilian roses in winter. Taking the roses in his tilma or cloak, Juan Diego presented himself to the bishop and showed him the roses. As the roses fell they noticed an image of the Virgin Mary had imprinted on the tilma. It was then when the bishop recognized the appearance of the Virgin and was determine to build a shrine for her. The same day the Virgin appeared to Juan Diego’s uncle and healed him. While with him she told him she would be known as Guadalupe.

The tilma worn by Juan Diego with the image of the Virgin is displayed in the Basilica of Our Lady of Guadalupe in Mexico City. The tilma is made from a plant based fiber that typically disintegrates after about 20 years. The fact that the tilma has survived now for almost 500 years in an almost perfect condition has caught the attention of scientists. Many experiments have been done on the cloth to better understand how it has lasted throughout the years. The tilma has survived an acid spill leaving only a few stains that seem to be disappearing. Before being put in a case it was displayed unprotected being exposed to smoke and other particles from the candles. In 1921 a bomb placed under the altar exploded, causing damages to the windows around the area. The blast was so strong a bronze cross was bent. However, the tilma and the glass casing it was in remained intact. It has been said that Mary’s eyes on the tilma show the reflection of the people present during the appearance of the image. It is also said that the stars shown on her robe coincide with the constellations as they would have been seen on December 12, 1531.

The apparition of the Virgin of Guadalupe continues to shape Mexican culture today. After her appearance, word traveled through word-of-mouth as well as in documents about her appearance to Juan Diego. One of those documents was the Nican Mopohua, one of the first written accounts of Juan Diego’s story. The fact that she has dark skin and her story was told in indigenous languages helped convert the indigenous to Christianity. However, the Virgin of Guadalupe has also been used as symbol of patriotism. Miguel Hidalgo used her image in the banners when he revolted against Spain in 1810. Emiliano Zapata also used the image of the Virgin Guadalupe in 1914. In 2002, Juan Diego was canonized by Pope John II, making him the first indigenous American saint. 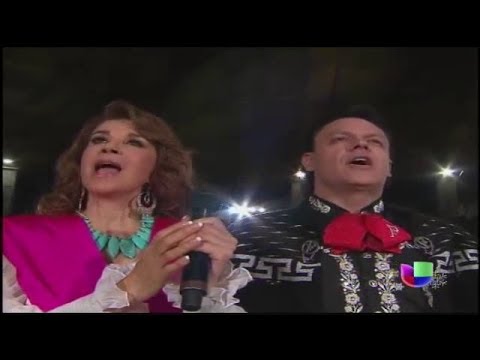 Click the video above to view the singing of Las Mañanitas to the Virgin in 2013.