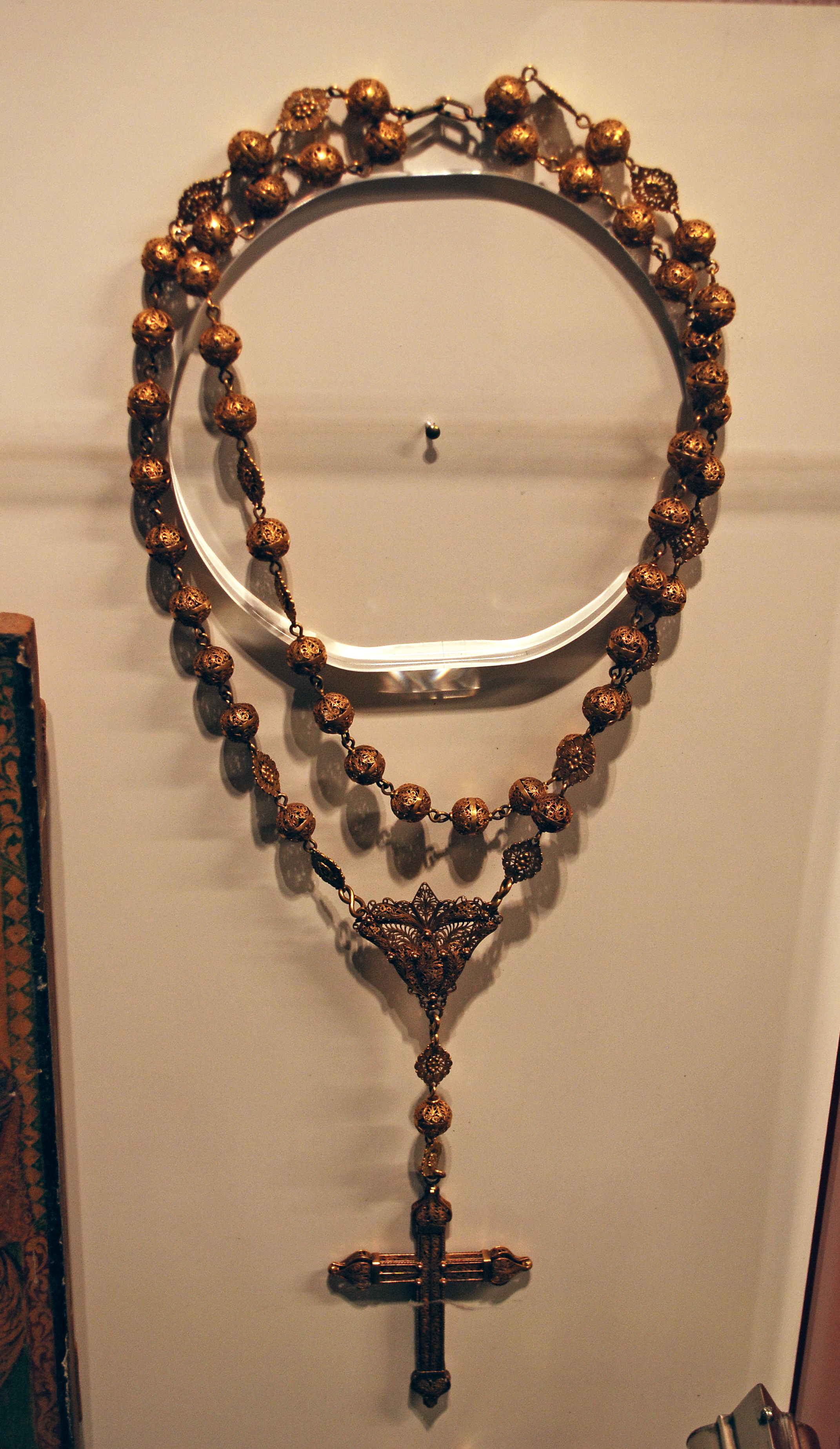 In the Roman Catholic Church, a prayer rosary is used to venerate and worship in services. Prayer rosaries are also used in the Christian Orthodox Church. This rosary is Lebanese, and was donated by a family member of Father Nicholas Nahas from St. Michaels Antiochian Orthodox Church in Beaumont, Texas. It was used for services by Father Nahas, an Orthodox priest.

Orthodox Christians believe that their denomination has faithfully followed traditional doctrines of original Christianity, compared to Catholicism or Protestant denominations. Orthodox Christian communities were usually located in Eastern Europe and Eastern Mediterranean sea areas such as Russia and Greece. Many Orthodox ceremonies are spoken in Greek.

Orthodox Christianity came to Texas through Lebanese, Syrian, and Greek immigrants who arrived in Texas during the 19th century. Lebanese immigrants settled in Beaumont, Texas and established a cultural and religious community similar to their home in Lebanon. Until the late 19th century, Orthodox Christians worshiped in their own homes, as an official church was not established until the early 20th century. By 1920, the Orthodox community assimilated into American culture and language, translating the traditional Greek liturgy into English. Father Nicholas Nahas, who served as a priest during the mid-20th century, was one of the central figures in the translation of religious text to English.

The original St. Michael’s Antiochian Orthodox cathedral burned down in 1952, with a new church built in 1953 for the Orthodox community. This rosary was salvaged from the fire, and was used in future services at the newly constructed cathedral, until it was donated to the UTSA Institute of Texas Cultures.