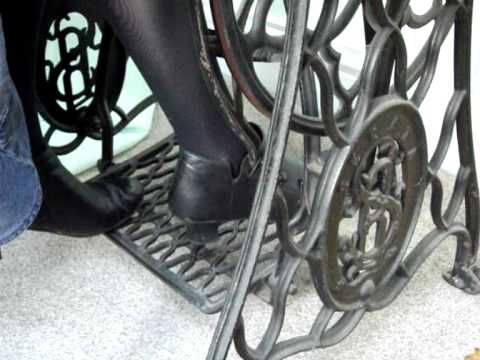 Click the video above to view how to use a treadle sewing machine.