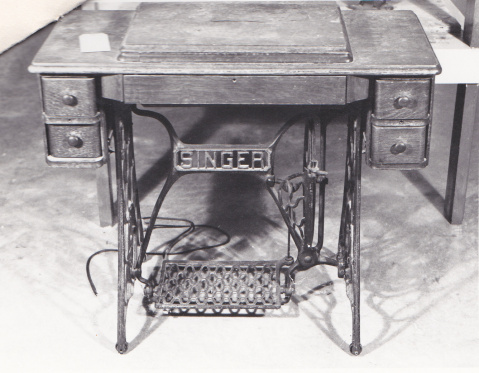 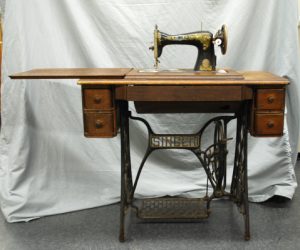 Violet’s daughter, Ailsa Trundle is working on a small sewing project beside her mother. Image from State Library of Queensland, via Wikimedia Commons.

The first sewing machine that Isaac made was too bulky and expensive to be attractive to housewives, which were his target customers. But after awhile Isaac was able to come up with a mass production version, which had interchangeable parts and brought the price down to $10. In the 1850s that was equivalent to around $295 today. Isaac continued to upgrade the design and his company began offering the assistance of repair mechanics and sewing instructors. The company and the machine became a household name by 1863 when Ebenezer Butterick, a tailor, started selling the first graded dress patterns. Singer still makes sewing machines today, the only times that the company stopped manufacturing them was during World War I and II, when the factory was tasked with making weapons to support the war effort. Once the wars were over the company went back to making sewing machines and other accessories for them. [Illa Bennett, edited by Kathryn S. McCloud]