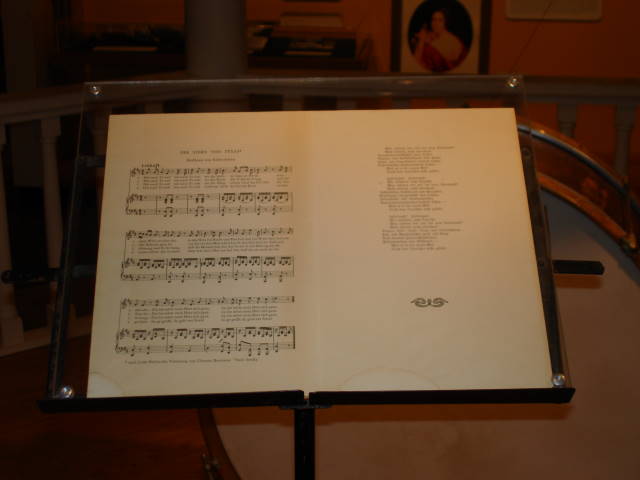 Hoffmann von Fallersleben was born in 1798 in the Kingdom of Prussia in what is now Hannover, Germany. The country we know of as Germany today, has only been unified since 1871. Prior to that time the area had been divided into many smaller states, which changed names and borders many times over the centuries. After the Peace of Westphalia in 1648, the largest and most powerful of these German speaking states were Prussia and Austria. During the 1830s and 1840s there was a widespread political movement that wanted to unify the German states into a single democratic nation. Hoffmann von Fallersleben was a well known supporter of this revolutionary movement and published a group of songs and poems called the Unpolitische Lieder in 1840 that were declared “anti-government.” This publication brought Hoffmann von Fallersleben a great deal of fame in his home country, but also made it very difficult for him to live and work in Prussia. As a result, Hoffmann von Fallersleben spent several years traveling and living abroad.

During this time of exile, Hoffmann von Fallersleben befriended a pair of fellow German’s that piqued his interest in Texas. The first was Gustav Dresel, an author and businessman known for writing his autobiographical accounts of living in Texas. The next was Pastor Adolf Fuch, a German clergyman who immigrated to Texas with his family in 1845. The words to “Der stern von Texas” were written in honor of Pastor Fuch’s journey to Texas, using the the Texas Lone Star Emblem as inspiration. These friendships, along with Herman Ehrenberg‘s book on the Texas Revolution (Texas und seine Revolution), inspired Hoffman von Fallersleben write a number of Texas themed works. Besides “Der stern von Texas”, Hoffmann von Fallersleben wrote a collection of 31 songs based on the Texas Revolution, called the Texanische Lieder. He also wrote an opera In beiden Welten (“In Both Worlds”), using Texas as the setting.